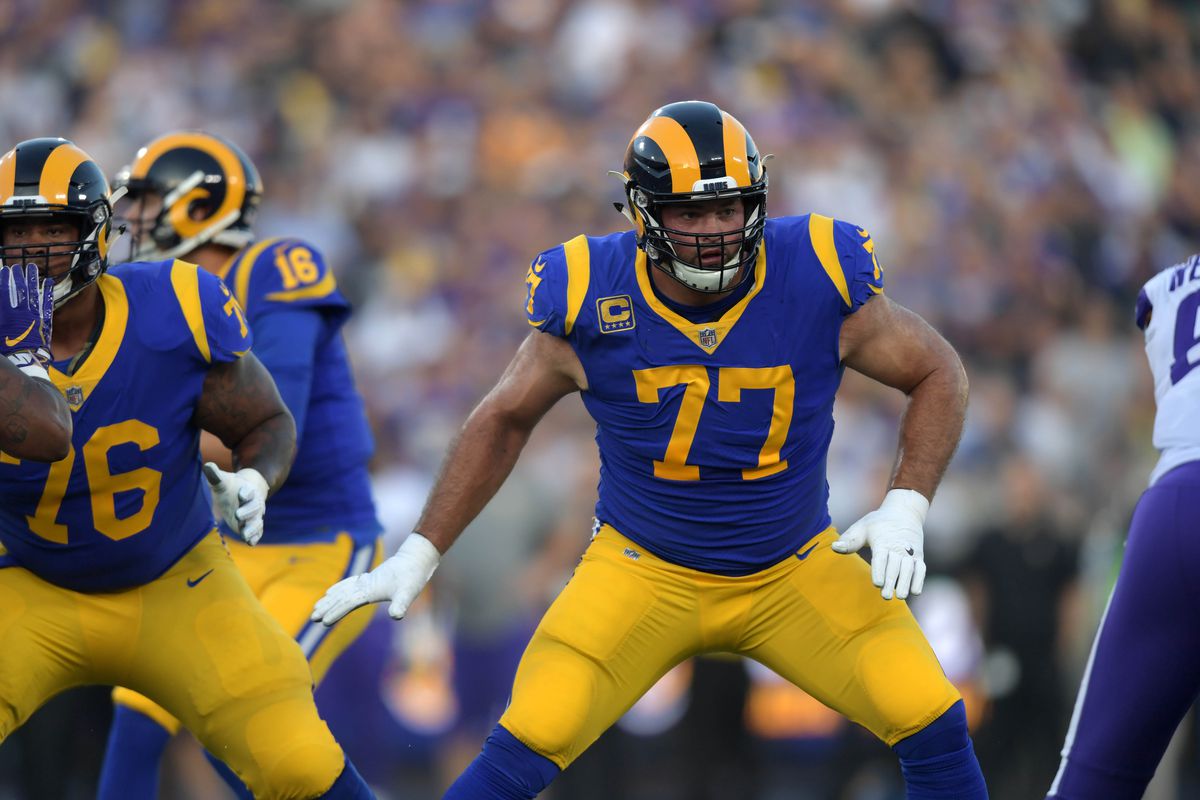 Last year’s winner of the Built Ford Tough Offensive Line of the Year award went to the Super Bowl champion Philadelphia Eagles, this year, it’s going to the NFC Champion and Super Bowl appearing Los Angeles Rams. Aaron Kromer’s unit has done a marvelous job in protecting franchise QB Jared Goff and carving out creases for Todd Gurley and newcomer C.J. Anderson. The Rams by in large were led by the offensive line unit that surprisingly boasted a total of zero Pro Bowlers.

The Rams offensive line bested last year’s winners in the Philadelphia Eagles, their Super Bowl opponent New England Patriots, their NFC Championship opponent the New Orleans Saints and the impressive Indianapolis Colts that turned around a 1-5 start into a playoff season. Hall of Fame OT Anthony Munoz came on the Downtown Rams podcast to talk about the award and it’s prestige as well as also his friendship with Rams LT Andrew Whitworth over the year’s that started back in Munoz former organization the Cincinnati Bengals.

Now, it’s time for the Rams offensive line to help their team win one more game, protect Goff, carve out running lanes for Gurley and C.J. and hoist up the Lombardi at the end of the night.