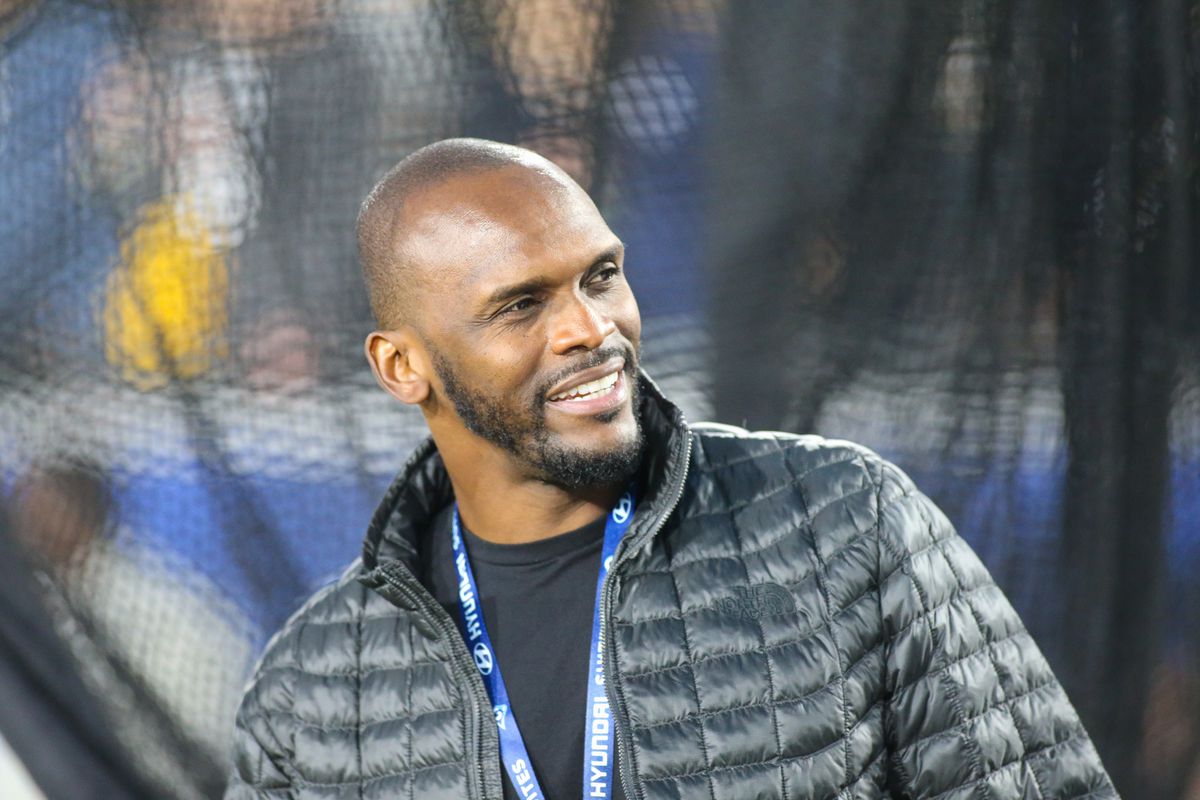 In what was the third straight year of making a horrible decision, the Hall of Fame voters have left off Isaac Bruce, you know? The Rams receiver that caught the game-winning touchdown to win the Rams their first-ever Super Bowl in franchise history. The same receiver that retired second all-time in receiving yards and is currently fifth. The same receiver that is currently 12th in receiving touchdowns and 13th in receptions. The heart and soul of arguably the greatest offense ever assembled in NFL history – The Greatest Show on Turf. That same receiver, the receiver by the name of Isaac Bruce who is arguably the most underrated NFL football player of all-time. The events of February 2nd, 2018 and the previous other two years in waiting have proven that.

The Hall of Fame finalist is enshrined in the Pro Football Hall of Fame 90% of the time. For Bruce, he might actually fall into the 10% that doesn’t make the Hall. It’s a football travesty and quite honestly, it should show that maybe the voters are unfit for deciding who gets into Canton rather than Bruce being unfit to get into Canton. The voters have always discredited wideouts, this is nothing new but with Bruce it just feels like he’s unfairly been snubbed. When you look at what Bruce did for the St. Louis Rams, Greatest Show on Turf or the era with Mark Rypien and Chris Miller at QB, the bottom line is that he produced. Bruce was not flashy, he didn’t take the cheerleader pom pom’s, he didn’t twerk in the end zone, he didn’t take someone’s popcorn from the stands, he didn’t take a pen out of his sock and sign a football, he didn’t take a cell phone out of the bottom of the goal post, he didn’t dunk on the goal post, he didn’t do any of those things. He simply went out onto the field and executed as a pure route runner, pass catcher and impact playmaker. The funny thing is that he helped the Rams win a Super Bowl, the same trophy that voters will hold against players for not having. It’s not outrageous to throw shade at the voters, you have to question if they are the right people to decide who makes the Hall of Fame. Maybe it’s the wrong way of thinking but after Saturday’s events I would disagree.

Seven minutes and 36 seconds, that’s the amount of time this Hall of Fame committee gave to Bruce’s Hall of Fame campaign. That’s it according to Tony Grossi who was in the seven hour meeting. Howard Balzer, who covered the St. Louis Rams for years made his case for Bruce and he either made a terrible case or the committee has turned a blind eye to Bruce’s accomplishments and are determined to keep him out of the Hall. I’ll go with the latter, after reading Grossi’s take on each candidate and seeing this about Bruce:

“The productive St. Louis Rams receiver did not gender any discussion beyond his presentation.”

Seriously, the guy that was only behind Jerry Rice in receiving yards when he retired, despite having to share the workload with Torry Holt and Marshall Faulk in St. Louis received no discussion? So, that should tell you he was never being considered. This is troubling seeing as this was the year to get Bruce in because now because of the obnoxious way the voting is, Bruce is going to have guys like Calvin Johnson, Larry Fitzgerald, Andre Johnson, Steve Smith and many others on his tail which is why he could end up waiting a long time. Is this an overreaction? Maybe, I guess you can decide for yourself after this news came out shortly after the class was announced.

This wasn’t just a loss today for Rams fans, Isaac Bruce and the overall Bruce for Hall of Fame campaign, this felt like all of the parties involved were showing Bruce the door in the argument for the Hall. In one of the better opportunities, Bruce literally had the shortest discussion for him and didn’t even make the final ten. This isn’t on Bruce, this is the committee and so I believe it would be fair to think Bruce never gets in. After all, the Hall of Fame didn’t even put the only WR finalist in this class, they basically keep it to a maximum of two receivers at most. That doesn’t bode well for Bruce next year who is likely going to go up against Hines Ward again, Reggie Wayne will join the fray and at some point you have to figure Torry Holt will get an opportunity. Obviously not a good opportunity but probably the best he’s going to get when you look at the class of 2021 and see the names Calvin Johnson, Roddy White and Wes Welker all in the mix which is just simply more competition. In 2022, Andre Johnson, Anquan Boldin and Steve Smith will funnel into those conversations as well. As you can imagine, like previously mentioned, if Bruce isn’t already in…kiss the dream goodbye.

It’s a shame the voters have held his lack of Pro Bowls (fan voted), All-Pro’s (popularity contest) and being in the offense with Kurt Warner, Marshall Faulk and Holt against him. However, that’s how they have chosen to go about things, they keep Bruce out who had a long healthy and productive career that amounted to winning a Super Bowl and appearing in two total but they let in Terrell Davis who was great for about three-to-four years. It’s the lack of consistency from the committee that should be shamed, it’s how they weren’t thorough when discussing the claim for Bruce, it’s the fact that they simply have “their guys” and Bruce isn’t one of them. It’s hard to deny factual evidence that Bruce has been overlooked going back to 1995, the year he had 1,781 yards receiving on 119 receptions and 13 touchdowns but didn’t receive any accolades for an amazing season with the least talent he had at QB in his entire career.

Here’s a list of players that finished Top 15 in receiving yards, are HOF eligible and aren’t in the Hall:

6th: Tony Gonzalez 15,127 yards (was announced as part of the HOF class on Saturday)

Here’s a list of players that finished Top 15 in receptions, are HOF eligible and aren’t in the Hall:

2nd: Tony Gonzalez 1,325 receptions (was announced as part of the HOF class on Saturday)

Here’s a list of players that finished Top 15 in receiving TD’s, are HOF eligible and aren’t in the Hall:

8th: Tonz Gonzalez 111 TD’s (was announced as part of the HOF class on Saturday)

Bizarre, it’s as if Bruce should be next in line and should’ve made it this year. There have been players that made it over Bruce such as a guy like Marvin Harrison who was great but wasn’t much better than Bruce if even. That’s the worry, if Harrison got in over Bruce, Owens did and Moss did, what’s stopping the voters from choosing Reggie Wayne, Hines Ward, Steve Smith, Anquan Boldin, Calvin Johnson, Andre Johnson and others over Bruce? It was alarming and it was disgraceful that Bruce received no chatter and his case was dismissed in under eight minutes. These things don’t tend to get better over time, all it means is other guys can gain steam and eventually make Bruce an afterthought.

What should be the course of action in all of this? I believe that most (not all) football writers don’t get it. They don’t understand football and so I believe bringing former prestigious coaches, executives and personnel inside of a room for seven hours to decide the classes for the Hall of Fame would be the better course of action. Who’s opinion do you trust? An ESPN reporter from a random city or a football guy like John Madden? The point is, not all the writers drop the ball but it’s become ridiculous in the fact they continue to get it wrong year after year. An all elite level coaching, executive and personnel staff getting together to decide the Hall of Fame classes would be the best step in the right direction. At what point do we look at the fact that players like Art Monk waited years even though they retired at the top of their game? At what point do we point the finger at the committee. If your argument is “well, baseball does it too” that’s fine but the only discussions that lead to a broken decision on the Pro Baseball Hall of Fame are based upon performance enhancing drug use and sports betting. In the football Hall of Fame, you are looking at all sorts of problems. You can sum this all up in one phrase. It’s time for change.