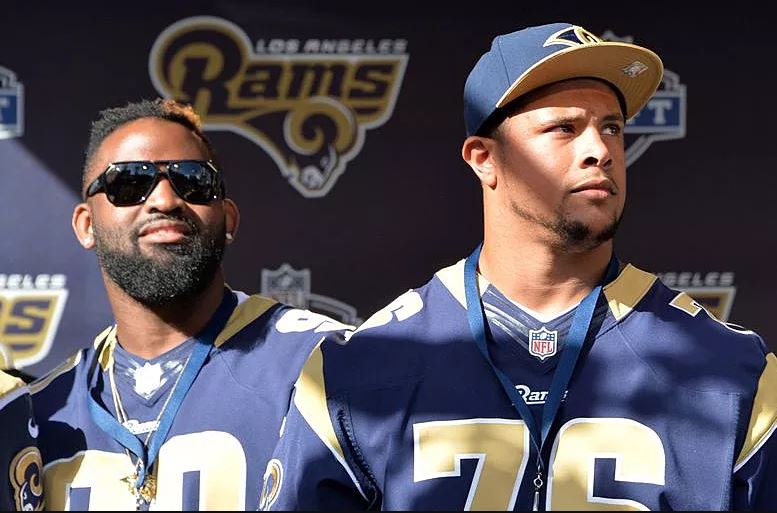 The four players who have been on this Ram’s line-up the longest are Defensive Tackle Michael Brockers (2012), Kicker Greg Zuerlein (2012), Punter Johhny Hekker (2012) and Guard Rodger Saffold (2010). The two special teams gurus getting their fair share of highlights, fanfare and recognition. Johhny Hekker has been specifically pointed out by Patriot’s coach Bill Bellichick as a player to watch while who can forget “Greg the Leg” and his clutch late game heroics to get the LA Rams into the playoffs. Both Hekker and Zuerlien have been selected the Pro-Bowl in previous years.

However, both Rodger and Michael have never seemed to have received the public recognition that they deserve despite having consistent and impressive careers. This Sunday at Atlanta when Ram’s fans are cheering for their team to win a Super Bowl, they should be cheering the hardest for these two guys. Cornerstones of this franchise for the longest period both have had to live through the depths of some of the worst seasons in Ram’s history.

Since 2010 the Rams have had the following win/loss records;

That’s seven losing seasons with a lot of what ex-Head Coach Jeff Fisher would say “7-9 bullsh*t”. The turnover of coaching staff and players was phenomenal as the Rams searched for an answer to stop their losing ways. There were four Head Coaches during this span with Steve Spagnuolo, Jeff Fisher, John “Bones” Fassel (Only for 3 games but note-worthy seeing he was the only coach to survive the witch hunt that was the firing of Fisher) and of course the “Boy Wonder”, Sean McVay.

Throughout that span though, two stalwarts still remain in Brockers and Saffold. 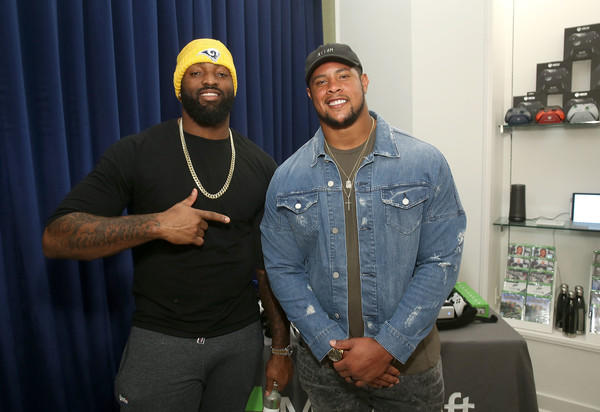 Saffold, drafted in the second round of the 2010 has become a leader on the Offensive Line for the Rams and after fighting through some early injuries in his career has become an invaluable member of the Ram’s squad. Lining up at Left Guard for the last two seasons it is often the Left Tackle Andrew Whitworth whose name is called by commentators and fans alike but those that watch with a keen eye know that Rodger is playing up to the same standard. He has been the reason that Jared has kept his jersey clean in some games and the one driving big holes for Gurley to burst through.

Rodger has been a shining light off the field for the Rams too. Last season he was nominated for the Walter Payton Man of the Year Award. This award is a part of the NFL Honors and recognises the player within the NFL who is committed to helping the community and using their platform for the greater good. Rodger was nominated for his long-term work with “Big Brothers Big Sisters” and his contributions towards “Children’s Miracle Network” and “Extra Life” foundations.

Michael Brockers who was drafted in the first round of the 2012 draft has always flown under the radar in his role with the “Mob Squad”. At one stage during Brockers’ career he made up one of seven first round picks that were on the Ram’s front-line Defense. Still though players like Chris Long and Robert Quinn stole the spotlight. These days most of the chatter is obviously about MVP calibre Aaron Donald and his gigantic friend Ndamukong Suh. The ultimate unsung hero, Michael Brockers has eaten up blocks in the middle in order for other players to get through to the Quarterback for the majority of his career and he has done it well.

Brockers was honored by being named a Team Captain this year for the first time due to the work he has put on and off the field with the younger players coming through. Often seen before team activities to work with the rookie and reserve Defensive Lineman he would take the time to go through drills and help them learn the Ram’s schemes. Voted by his team mates as Team Captain for the clear leadership qualities that he shows it is recognition from the ones closest, the ones who know him the best, that the job he does week in week out is not completely unrecognised.

In the lead up to the Super Bowl and even after it you might not hear much about Rodger Saffold and Michael Brockers but the real fans know, that they are the most deserving, hard working, longest tenured members of the squad. They have seen the Rams at their very worst, they have survived a move from Missouri to California, and finally it is their time to be rewarded with a Super Bowl ring.