With the Super Bowl now less than a week away it’s time to take a look at some of the key match-ups that will decide who is this year’s World Champion. Both the LA Rams and the New England Patriots needed Over Time to be able to punch their ticket to the Super Bowl and fans can expect to most likely see another nail biter.

For the Rams it is their fifth appearance as a franchise and they will be going for only their second ever win in the Super Bowl era since 1967. 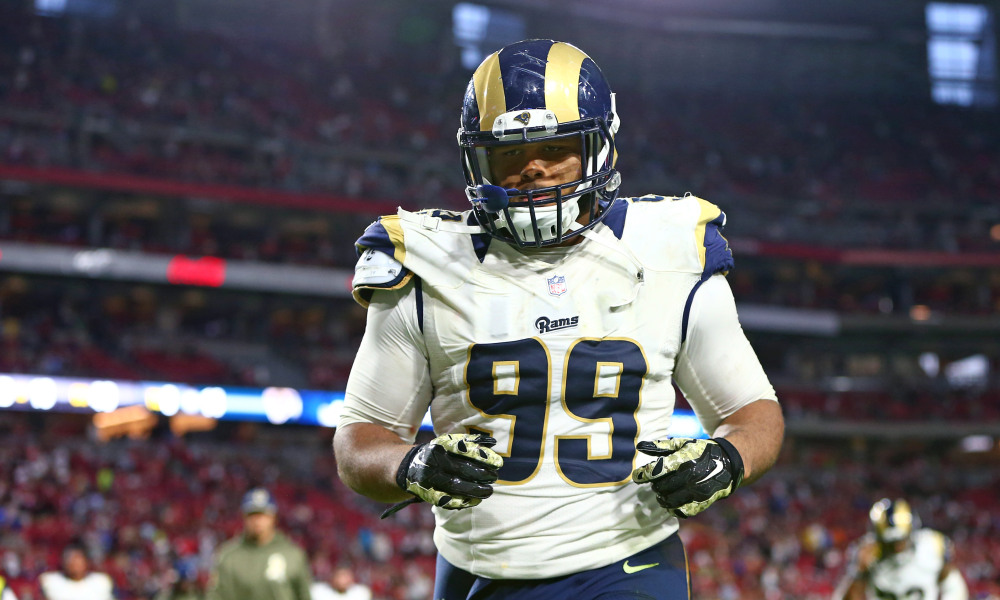 Aaron Donald has been unstoppable this year on his way to a record breaking 20.5 sacks, which is the most in a single season for a Defensive Tackle. The number of sacks only tells one side of the story as according to Pro Football Focus (PFF) Donald has been graded as the best player in the entire NFL this season due to his massive disruptive play.

Being able to constantly beat double and even some time triple blocks Donald has been able to pressure the Quarterback into making constant mistakes while also being able to shut down running lanes and stop the Running back for a loss.

With all of that being said, Aaron Donald has not come up against the Patriot’s Offenisive Line this year which consists of Trent Brown, Joe Thuney, Andrew David, Shaquille Mason, and Marcus Cannon. After losing Nate Solder and Cam Fleming to Free Agency and 1st Round Rookie Isaiah Wynn to a pre-season Achilles injury it seemed as though the Patriot’s O-Line would be a possible weakness for them in the 2018 season.

Not so. Tom Brady was only sacked 21 times throughout the regular season and has not been sacked at all in either of his team’s two Playoff wins.

They have also been instrumental in the running game, which has been a Ram’s weakness this year, opening lanes for Running Backs Sony Michel, Rex Burkhead and James White.

For the Rams to win their first Super Bowl since the year 2000 Aaron Donald will have to be moved around the line in different schemes in order to try and find a weakness in this unit. Obviously help from his supporting cast of Ndamukong Suh and Dante Fowler would also go a long way. 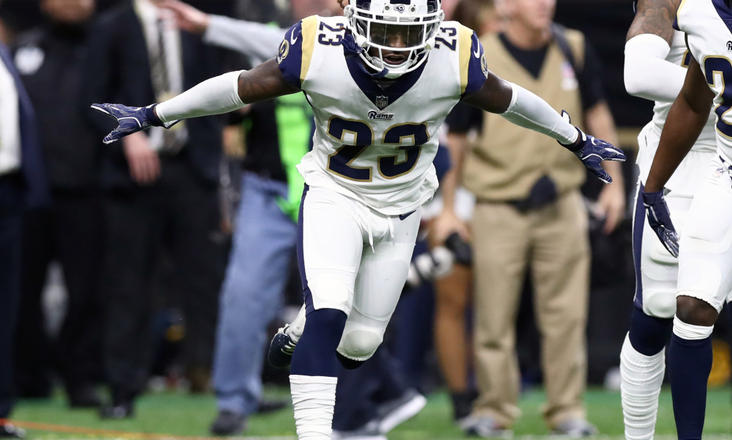 Julian Edelman is widely considered as one of the best slot receivers to ever play the game. As at the end of the NFL regular season Edelman has amassed 5,390 yards and 30 career Touchdowns. He has also been an integral part of two Super Bowl winning teams with the Patriots.

In the recent playoff wins Edelman can be seen time and time again making clutch dive plays, reeling in seemingly impossible catches by the edge of his gloves. His quick cut ability and football awareness make him a nightmare to cover.

Nickell Robey-Coleman, besides being public enemy number one in New Orleans right now, is the self-confessed “slot god”. As the Ram’s primary Nickelback it will be the out-spoken Robey Coleman who will have the responsibility of shutting down the Wide Receiver.

Robey-Coleman currently has a PFF Grade of 82.1 from the regular season with 4 pass deflections and the single interception. He has been considered one of the most consistent players in what has been an up and down season for the Ram’s secondary.

Both players are not shy of speaking their mind and this match-up has the potential to get fiery. Something I intend on enjoying. 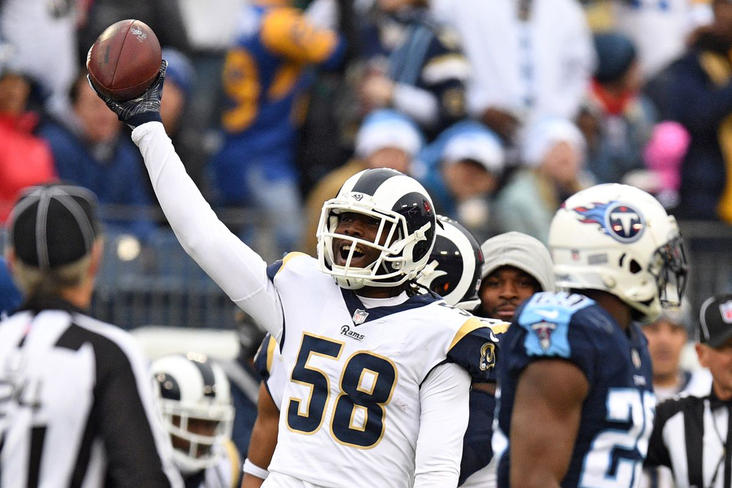 Tight End Rob Gronkowski has had a relatively quiet year in comparison to years gone by where he has dominated. Battling through injury and obviously some kind of form slump he has made some fantasy football coaches very frustrated this year, myself included.

But Gronk is still a legend. The one thing you never do with legends is count them out. In the AFC Championship game against the Kansas City Chiefs at Arrowhead Stadium in front of parochial home crowd Gronk hauls in a couple of big catches and busts through tackles for even bigger gains in what essentially led the Patriots winning.

Corey Littleton has been the diamond in the rough for the LA Rams this year after trading away Alec Ogletree and handing over the Mike Linebacker duties to the former un-drafted free agent. Starting all 16 games he has amassed a whopping 125 combined tackles throughout the regular season including 4 sacks, a safety, 13 pass deflections and 3 interceptions.

There is no doubt that he has had some big play ability this year. Also coming in on special teams with two blocked kicks, one in which he returned for a Touchdown.

That being said at times Cory has shown that he still lacks some experience, particularly when reading zone coverage. In the NFC Championship game against Drew Brees the Linebacker looked lost a handful of times. I would assume that both Coach McVay and Bellichick both noticed that.

Hopefully McVay and Wade Phillips have addressed this at training this week because you can sure as hell bet that Bellichick will be sending his big Tight End at him a lot during the Super Bowl.

A Look Back at The Last Rams Vs Patriots Super Bowl