A Look Back at The Last Rams Vs Patriots Super Bowl

On February 3, 2002, seventeen years ago, the then St. Louis Rams took on the New England Patriots. The Patriots won 20-17, a 48 yard Adam Vinatieri Field Goal the difference. This would turn out to be the start of a dynasty for Tom Brady and Bill Belichick going on to win five Super Bowls together. For die-hard Ram’s fans it has been a long time to wait for another visit to what is considered one of the world’s biggest sporting stages. To really understand how long we’ve been waiting  for a shot at revenge the Down Town Ram’s team have put together a snap shot of what it was like back in 2002. 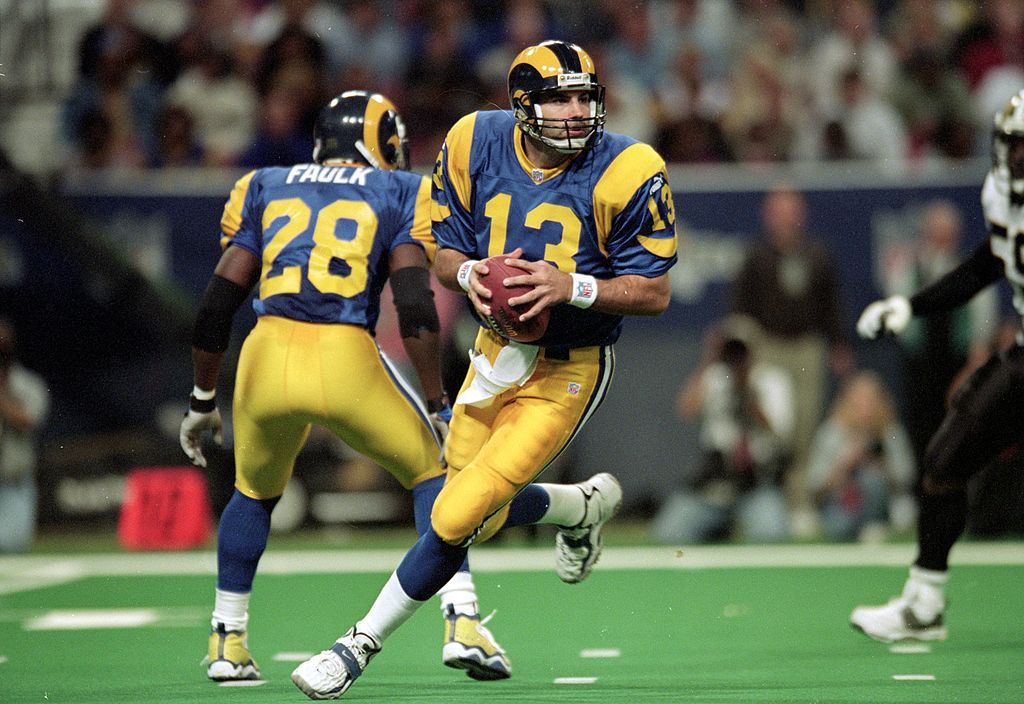 The St. Louis Rams had one of the most talented squads and explosive Offensive units in the history of football. Already they have four Hall of Famers in Quarterback Kurt Warner, Offensive Tackle Orlando Pace, Running Back Marshall Faulk and Defensive Back Aeneas Williams. It is safe to assume that at least one of the dynamic receiving duo of Torry Holt and Isaac Bruce will one day end up in Canton too.

All of these players mentioned above made up six of the seven Ram’s players selected for the Pro Bowl, the seventh being Offensive Lineman Adam Timmerman.

Coached by Mike Martz the team won the battle of the NFC West with an impressive 14-2 record that year. That winning record was not an anomaly though as the Rams had been the team to beat since winning the 1999/00 Super Bowl against the Tennessee Titans, ironically against the Ram’s future coach Jeff Fisher.

The Rams were known as “The Greatest Show on Turf” as they were the first team in the history of the NFL to score 500 or more points in a season for three or more consecutive seasons.

Little did we all know that this would be the last time that the media would refer to the team by this name as Warner’s form slipped and he was replaced by Marc Bulger. Faulk would never rush for another 1,000 yard season again and was replaced by Steven Jackson.

As we now know, the Rams would have to wait seventen years to get another shot at a Super Bowl.

The New England Patriots as a franchise had never won a Super Bowl.

Starting Quarterback Drew Bledsoe, who had just signed a 10 year extension, was injured in Round Two forcing second year Head Coach Bill Belichick to play 23 year old back up Tom Brady. His story is pretty well known. Sixth round draft pick in 2000, nearly went undrafted, goes on to have a winning 11-3 season and win the Super Bowl.

Love him or hate him, it’s a great sporting story.

Brady was also selected to his first Pro Bowl along with Wide-Out Troy Brown, Cornerback Ty Law, and Safety Lawyer Milloy. They currently do not have any players from the 2001/02 season that have been inducted into the Hall of Fame. Brady is the obvious candidate when he finally decides to retire.

Opposite of the Rams, whose season was the signal of the end, the 2002 season for the Patriots was just the beginning of their dynasty. In the next seventeen seasons they have gone on to win the AFC East 15 times, the AFC Championship 9 times and the Super Bowl 4 more times.

Pop Culture from 2001/02 That Impacted Football 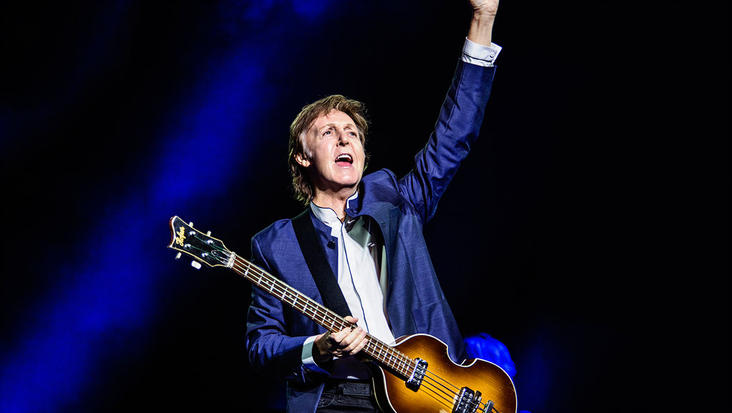 The major event of the time period was undoubtedly when two Al-Qaeda piloted Boeing 767s were flown into the World Trade Center towers on September 11, 2001. In the wake of this event many NFL games were postponed and re-scheduled.

The week 2 games, where Tom Brady got his first professional start, was actually one of these postponed games. Because of the re-scheduling the Super Bowl that the two teams later played that year was actually held one week later than normal.

Every team in the NFL was adorned with a patch to commemorate those who died in the 9/11 attacks. The New York Jets and Giants both wore an additional patch to honor the firefighters who died that day also.

This was also the last season that the where each conference had three divisions, moving to the four divisions that the NFL currently uses today.

Music at the time was a mix of the boy band hangover with the likes of NSYNC still hanging around on the top ten best-selling albums of 2001. The top selling album being the late Michael Jackson’s “Invincible”. Other gems that were no doubt impacting the culture of the NFL were “Because I Got High” by Afroman, “Butterfly” by Crazy Town and “In The End” by Linkin Park.

The 2002 Super Bowl anthem was sung by Mariah Carey and the halftime show performed by international superstars U2. Before the start of the game Mary J. Blige, Marc Anthony and the Boston Pops Orchestra sung “America the Beautiful” and former Beatle Paul McCartney performed his song “Freedom” as a tribute to the 9/11 victims.

In the spirit of unity, especially in the wake of 9/11, Coach Belichick insisted that his team be introduced as they entered the stadium for the Super Bowl as a collective. Previously players had been introduced individually at the Super Bowl. When asked if he would like to introduce either his Defenisve or Offensive players first, he simply replied that he wanted them to enter together. After initial push-back from the NFL executive, as usual, Belichick got his way. Now every team entering the Super Bowl stadium continues this tradition, even if they might not even remember why.