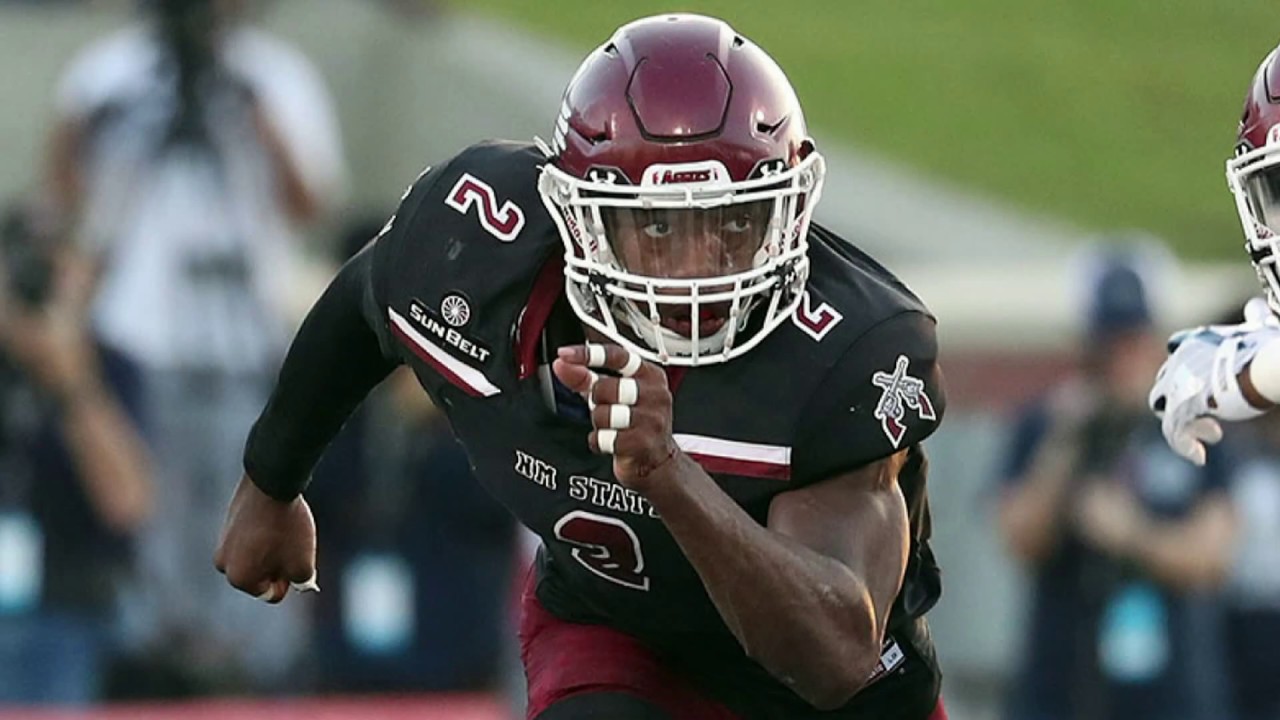 The Senior Bowl is officially over and it was a fun week here in Mobile, Alabama. Next up, is the combine but it’s time for a mock draft. The Rams will have either the 31st or 32nd pick in the draft, here’s a Rams only full-seven round mock draft following Senior Bowl week.

Notes: Traded away 32nd-overall to the Cincinnati Bengals for their 2nd, 4th and 6th round picks.

Notes: Traded away 64th-overall to the Kansas City Chiefs as part of the trade for CB Marcus Peters 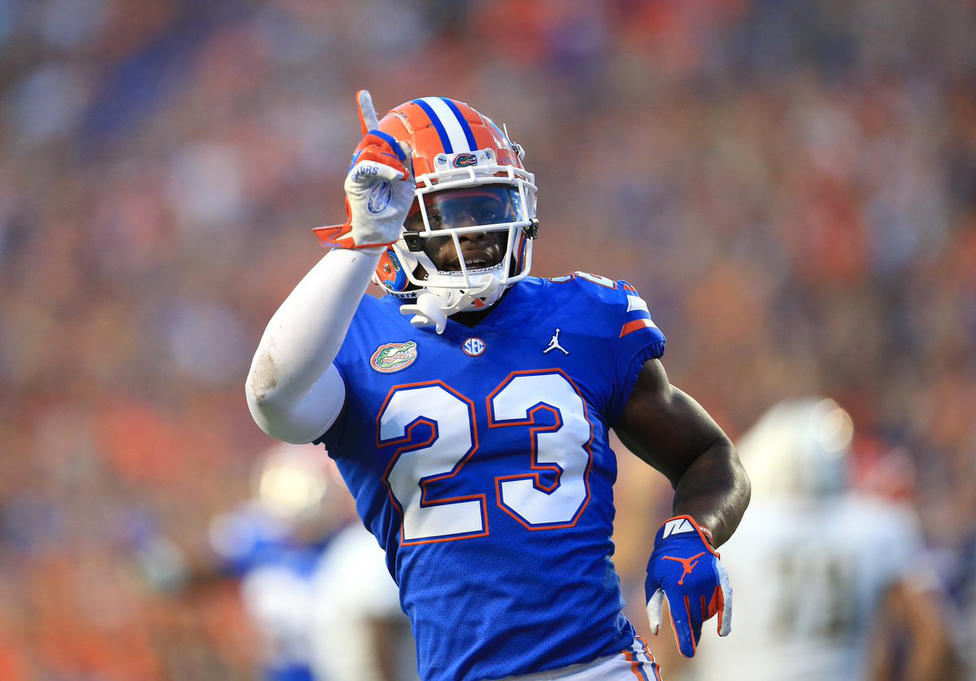 Many Rams fans will be pounding the table for Delaware safety Nasir Adderley at 32nd overall, but the problem is Adderley’s stock is flying high and will be way out of the Rams range. In this mock, we take the liberty of trading down, acquiring more picks and grabbing a stud safety to replace LaMarcus Joyner in the secondary. Chauncey Gardner-Johnson can step in day one and compete for a starting job between in-house options Marqui Christian, Blake Countess and Steven Parker. CGJ is a versatile player that, like Joyner, can play as a nickel corner or play free safety.

The former four-star high school recruit finished his time with the Florida Gators tallying up to nine interceptions in which three he took back for touchdowns. If you are looking for the next best rangy safety with ball skills and tackling ability look no further than Gardner-Johnson. His floor is an NFL starter with serious playmaker abilities and his ceiling in my mind is a Pro Bowler with the potential to turn into an All-Pro player. Once he establishes himself in an NFL defense, that operates under a Wade Phillips type of defensive coordinator and plays next to a player like John Johnson III, CGJ’s potential will be tapped into. So, with the first pick of the Rams 2019 draft class the Rams grab a starting safety and replace Joyner without spending in the 11-million dollar range.

Traded away unconfirmed compensatory pick to the Jacksonville Jaguars as part of the trade for OLB Dante Fowler Jr. 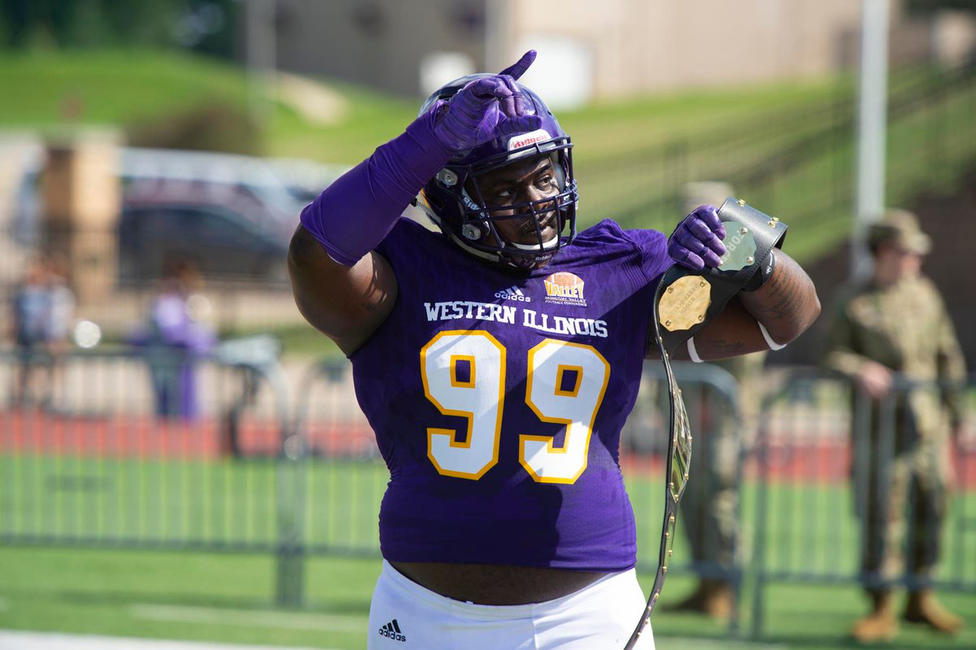 Khalen Saunders had himself a week at the Senior Bowl and he’s firmly in the mix for one of the top small-school prospects in this draft. It’s going to be hard to even get Saunders here in the draft as he’s likely going to be a day two pick after the combine but Saunders can bring so much to the table as an interior pass rusher and a run stuffer. Saunders is very athletic, he displayed that this week during the Senior Bowl practices as he did a back flip.

Saunders could fit right into that Ndamukong Suh role but he’s big enough to play the nose tackle position next to Aaron Donald, Michael Brockers, John Franklin-Myers and Morgan Fox. It’s uncertain if Suh comes back regardless of a win or a loss in the Super Bowl but we do know that Saunders can help the Rams day one as well. He might be “undersized” but make no mistake, Saunders is going to be a problem at the next level. 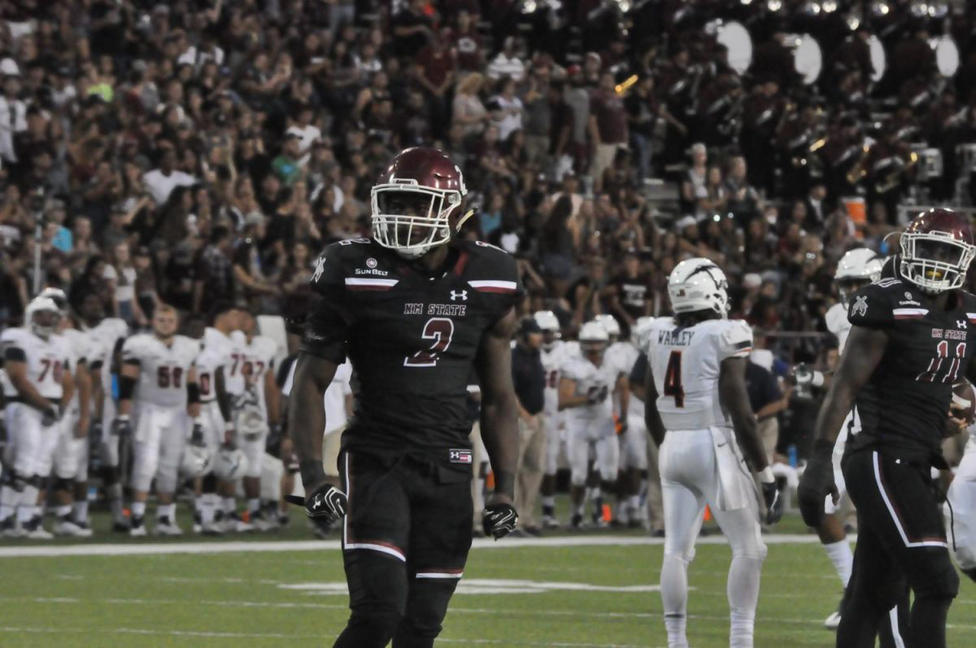 Terrill Hanks jumps off the film right away and this week he really increased his stock. The New Mexico State linebacker does a nice job of disengaging blocks, finishing tackles, coverage skills and awareness. Hanks always knows where the first down marker is and will make sure he stops the ball-carrier short whenever he can. Hanks may not be the Devin White type of player Rams fans may want but once again, that’s not realistic and as far as value, this is one of the best value linebackers in the draft. Hanks is a former defensive back in his own right and that’s fairly evident when you watch how fluid he is moving in coverage. Plus, this guy knows how to rush the passer.

Hanks ended up with almost 400 tackles, 43 and a half of them being for a loss, 11 sacks and eight interceptions. The Rams have Mark Barron paired with their young former UDFA LB Cory Littleton. Barron is likely gone after this year and the way the new NFL has become, Micah Kiser likely isn’t fast enough for today’s game to be a 3-down linebacker. Insert Hanks, who absolutely can fit that role and will instantly help in the run game. The Rams issue at the linebacker position is how they often get swallowed up by bigger offensive lines, but with Hanks, he displays the ability to fight through blocks and make plays. He already met with the Rams so definitely keep this name on your mind. 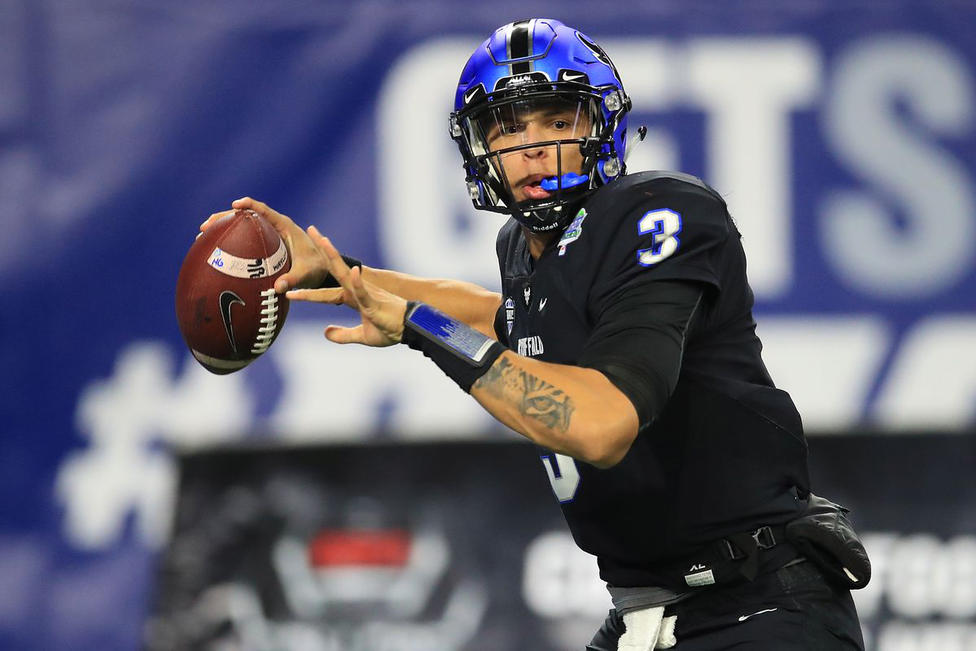 Everything that has gone on this week leads me to believe there might not be a true franchise QB in this draft aside from Dwayne Haskins and maybe Kyler Murray. In these types of drafts, you have to sometimes go for the gold and in this case the arm talent, size and mobility combo that Tyree Jackson possesses might have to be enough. I had Tyree to the Rams in the way-too-early mock draft (which was my most recent one), I just think overall, the Rams are going to be moving on from Sean Mannion as his contract expires, Brandon Allen hasn’t done anything to prove he’s a legitimate backup behind Goff so to me, you absolutely have to draft a QB. Jackson is the developmental prospect that could end up being a game-changing player. His high’s are very high and his low’s are very low but the fact is there is too much raw talent to pass him up in a class like this.

The Rams have met with Jackson already so perhaps he’s on their radar. According to Benjamin Allbright, he’s hearing per his tweet that Jackson is receiving day three grades from around the league so that almost makes this a no-brainer for the Rams here picking with an extra pick in the fourth. Regardless, if it’s Jackson or someone else, I believe you can take it to the bank that the Rams will ultimately draft a backup QB to develop behind Goff and Jackson is by far the most intriguing. 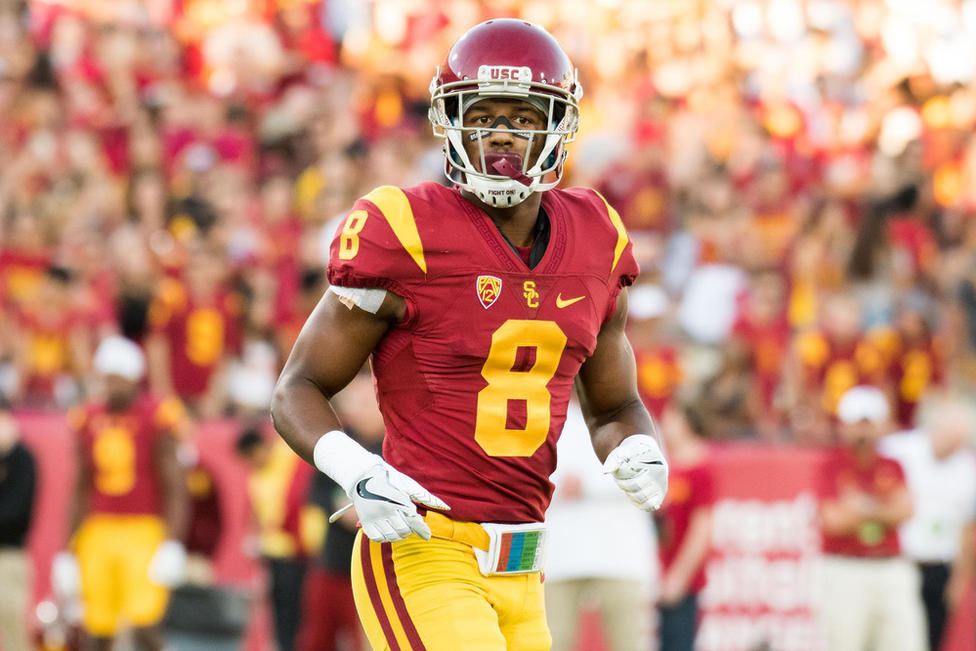 The former USC Trojan will have a lot of fans liking this pick. Iman Marshall is being a little underrated as we approach the combine. That’s likely going to change a little bit, but at the moment, Marshall finds himself in the fourth round and as a great value pick for a team looking to start looking towards the future at the position. With the Rams, they have an aging Aqib Talib, a regressing Marcus Peters that may just not be in the future plans and two free agent cornerbacks Troy Hill and Sam Shields. So, yes, the Rams have to consider drafting at least one corner and maybe two.

Marshall will have to improve as an all-around player but as of right now he can help a team out as a cover guy with big-time size and upside. Marshall had first-round hype early on in his college career but that has since fallen off a cliff which makes him even more intriguing. His best years were his first two in which he logged three interceptions in each season. After that his production dipped in the interception category. There’s still a lot to like about Marshall and that USC – Rams connection is always intriguing. 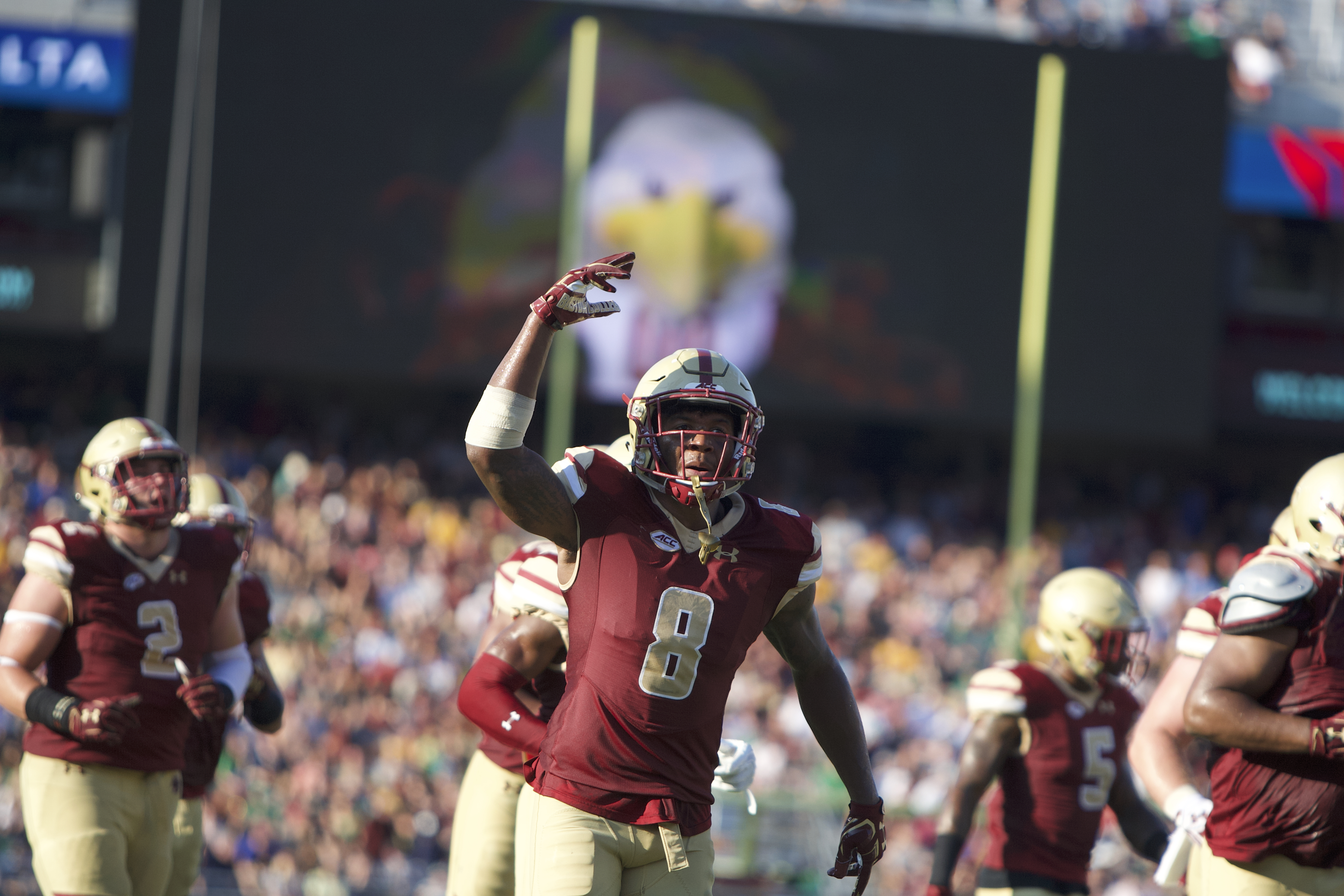 Boston College, and I’ve said this many times this week…is building something special in their secondary. John Johnson III, Justin Simmons, Isaac Yiadom and Kamrin Moore all speak for themselves. Will Harris will soon join them in the NFL and he could be reuniting with Johnson. The Rams met with Harris and wow did Harris really look smooth this week in Mobile. Why draft two safeties? This could easily be called a best player available type of pick but it will bolster the Rams depth and allow the Rams if they so choose to play with three safeties. Harris brings a lot to the table and with Gardner-Johnson’s versatility he could also play the nickel if the Rams wanted to mix it up. 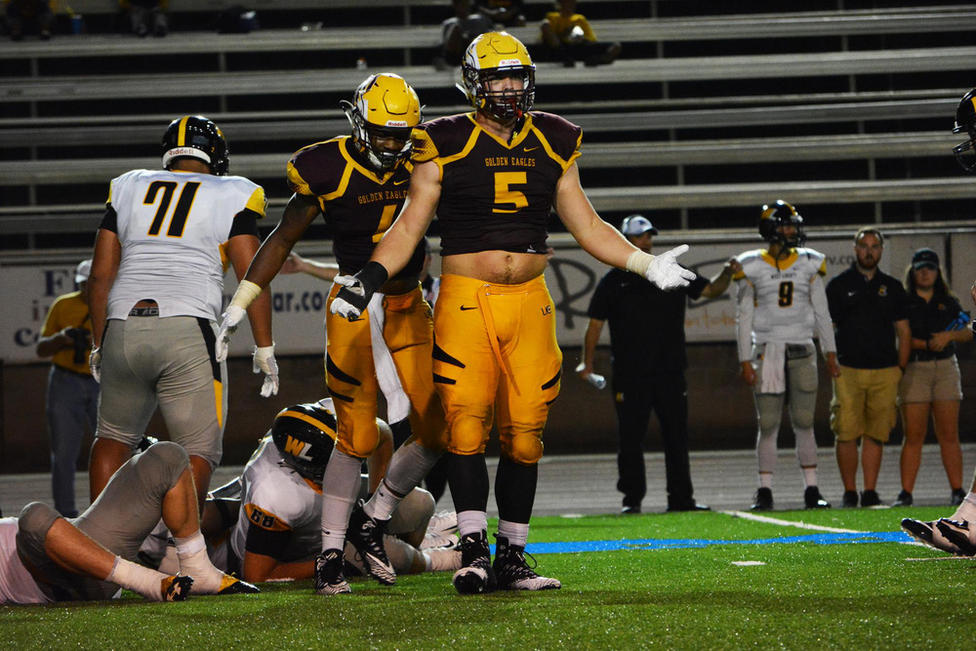 The Rams met with the Charleston standout edge rusher at the Senior Bowl and here they would be able to add him late in the draft. Look, I don’t see edge as the big-time need the way others do. When you look at the fact the Rams spent three draft picks last year on an edge defender and barely played any of them, you have to imagine the Rams will grab one or maybe even none. Now, in this scenario, the Rams bring back Dante Fowler Jr. and that’s what I ultimately believe they will do. Cominsky might be more like John Franklin-Myers if anything but he’s another pass rusher that you could really strike gold with. High motor player that might be one of those diamonds in the rough. 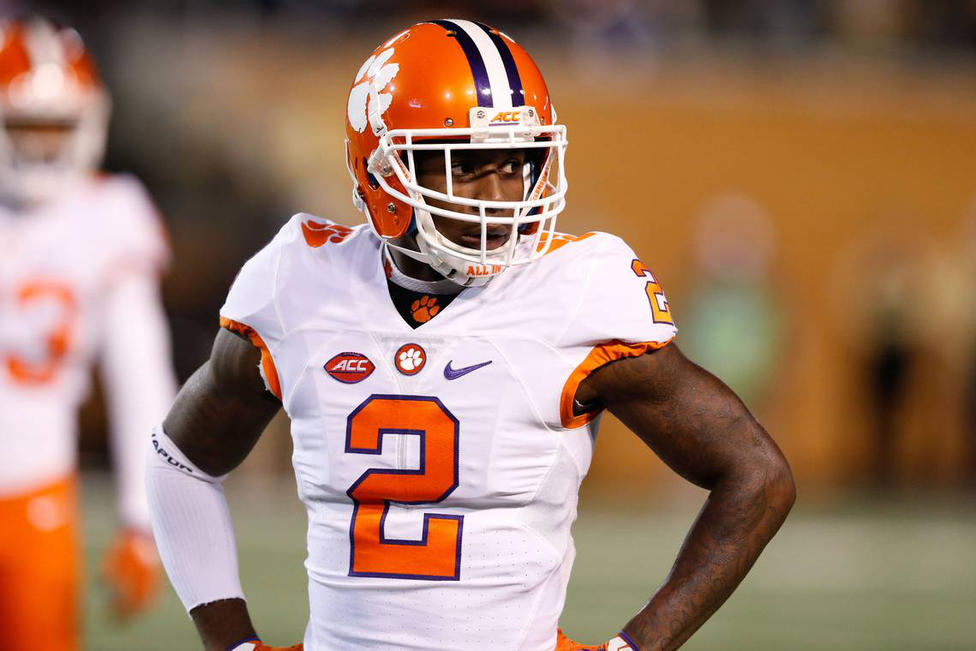 He showed out all week long and flashed in the game as well, Mark Fields is one of my sleeper players in this class. A guy that wasn’t utilized anywhere near he deserved to be utilized at Clemson. Fields excels as a man coverage cornerback and Jim Nagy of the Senior Bowl spoke on Fields and how the league scouts and coaches believed he was the best cover corner in the Senior Bowl. He flew up my board and looked like the best or at least one of the best corners in Mobile. He’s going to fall in the draft because teams are going to question why he didn’t get playing time.

The Rams already took Marshall but why not double-dip. Like previously mentioned, you are likely to lose Talib sooner than later, Peters has made the future cloudy, Sam Shields and Troy Hill might not be re-signed after the season. This would be a huge pickup in the sixth-round and could have an E.J. Gaines level of production if this happens. Fields did tell Downtown Rams that he met with the Rams “a lot of times” the interest must indeed be mutual. 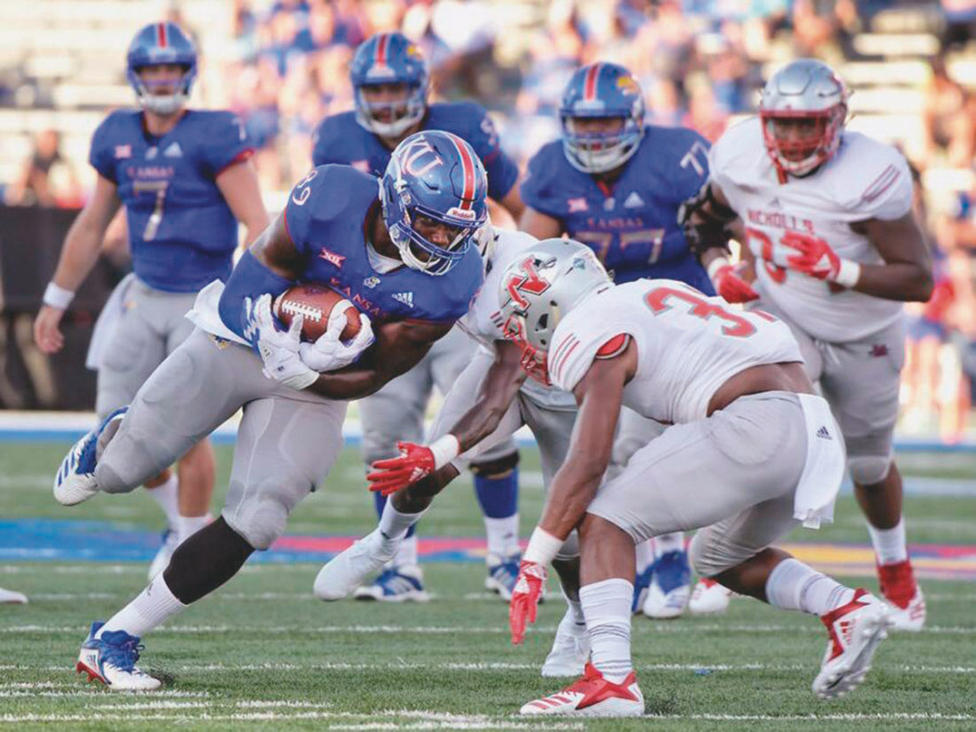 The former Florida State four-star recruit has some serious ability as a pass catching tight end. He needs to get better as a blocker but as a situational rotational tight end this pick makes sense. Earlier, drafting Stetson’s TE Donald Parham to be essentially a red zone weapon would have made sense. However, Mavin Saunders is a good enough prospect to beat out Johnny Mundt on the roster. The Rams have two tight end’s they like in Tyler Higbee and Gerald Everett but they have shown interest in multiple tight ends earlier on. Watching Saunders at KU you instantly see a reliable red zone weapon with great size for the position. His biggest issue aside from blocking is long speed, that’s simply not his game, but if you are looking for someone to come in and have sure hands and win a tough physical matchup, then Saunders might be your under-the-radar guy. It’s the seventh round and Saunders has the upside to be a third-to-fourth round talent. 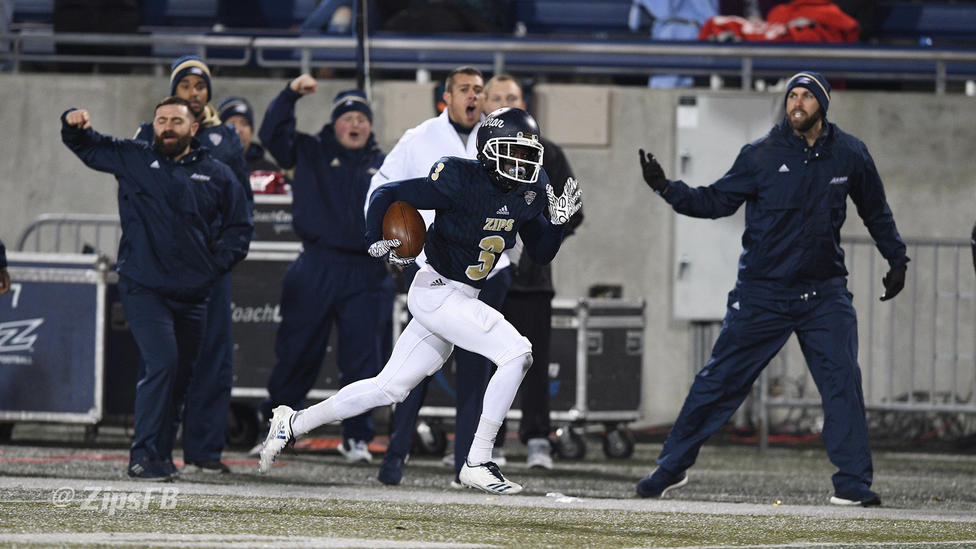 JoJo Natson could use a little competition in the return game. Insert the fastest man in college football, Kwadarrius “Kwad” Smith. Smith takes no time to go from 0 – to – 60. Smith’s vision and elusiveness is what makes him a weapon and at the next level he could likely help in the receiving game as well. With an extra pick in the seventh round the Rams draft what could be a stud return man.