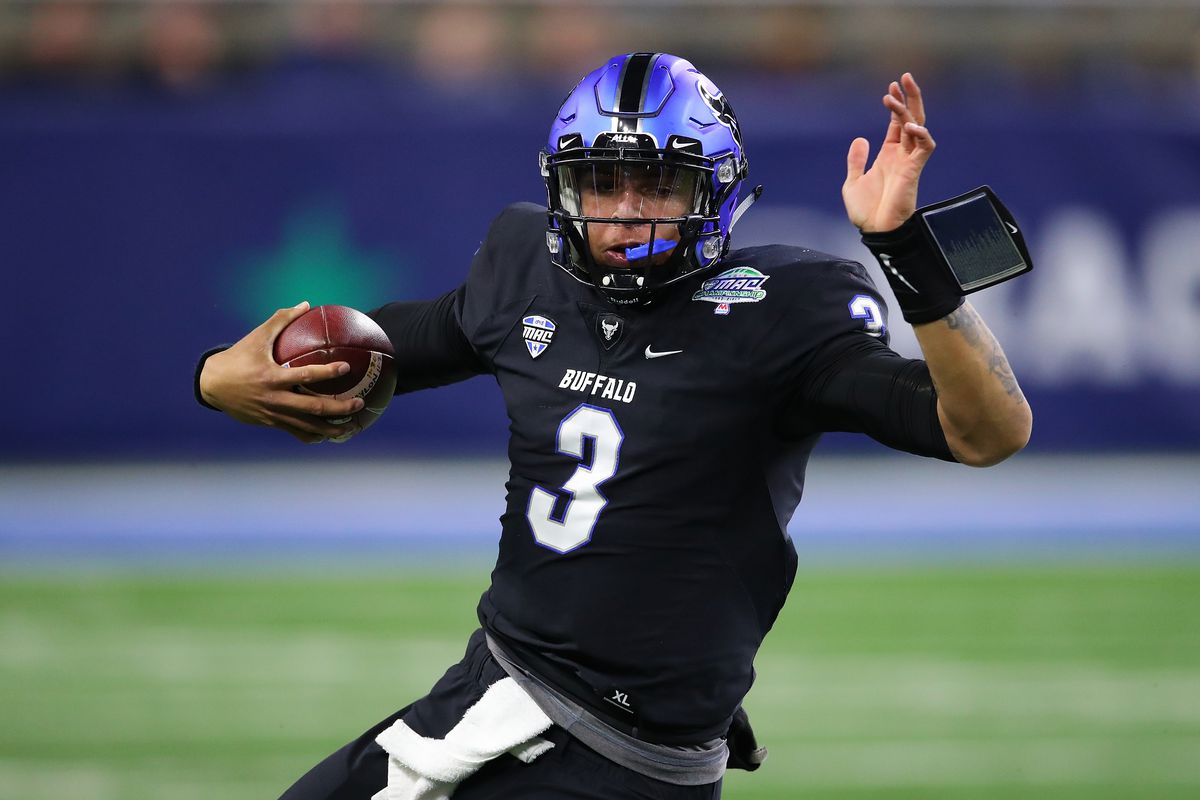 The Rams are preparing for their fourth franchise Super Bowl appearance but the NFL Draft follows that. Here’s a list of players the Rams can replace their free agents with in the draft should they not be in the plans after this year.

It remains to be seen if Ethan Westbrooks will return after this season, the question really hinges on if he wants to pursue starting on another roster or not. There is an argument that can be made for Westbrooks to start on at least one of the 32 teams in the league but his role with the Rams as a rotational defensive lineman is valuable. If the Rams and Westbrooks do end up mutually parting ways there is a player that could replace him in this draft class.

You may know former Auburn Tiger Byron Cowart as the five-star recruit that was about as can’t miss as you can be in regards to being a prospect. Unfortunately, Cowart never became the player many expected but there is always a reason a player becomes a five-star recruit. Cowart flashed his potential at Maryland but this week at the Senior Bowl it’s been apparent that with proper coaching Cowart is just too athletic to not contribute. He’s huge and has great length as an interior run defender. He can replace Westbrooks and then some long-term with the likely helpful coaching of DL coach Bill Johnson. Plus, Les Snead’s Auburn connection could allow him to hone in on Cowart.

How to makes this happen: Take him in the 4th-5th round.

Many Rams fans do not want Mannion to re-sign with the Rams, I’m not saying it’s a guarantee he doesn’t but everything I’m hearing in Mobile leads me to believe the Rams will in fact draft a QB. Mannion is a tall QB so if he doesn’t re-sign there is a chance the Rams will stick with the tall QB notion of Goff and Mannion.

Insert Buffalo QB Tyree Jackson. Limitless potential, live arm, mobility and play strength. Jackson may not be the most accurate passer, he may not be an NFL-ready QB but who cares? The Rams have Jared Goff, they can afford to grab a project at QB in Jackson. I spoke with Jackson today and he assured me the Rams have indeed met with him, his 6-foot-7, 240 pound frame is similar to Cam Newton of the Panthers. Quarterbacks have become currency in the league especially after watching the Patriots trade away Garoppolo and Brissett for assets. The Rams could realistically try and develop Jackson to be the backup behind Goff, develop him to take over for Goff if he indeed were to leave in free agency or develop him to trade him for assets like a form of currency. Jackson is likely to go late 3rd-4th round and to me, that’s a good range for the Rams to consider taking him.

How to make this happen: Take him in the late 3rd round.

Now, before we get into this, I want to go on the record of being the guy that absolutely wants C.J. Anderson back in 2019. Is that going to be possible? That remains to be seen. Anderson is still only 27 years of age and has proven this year he has plenty of football left in the tank. If the Rams decide to keep Malcolm Brown over him or C.J. just moves on to become a starter somewhere, there are options.

The best option to match his ability is probably Bruce Anderson. It’s not to say the Rams would take Anderson after drafting Kelly the year prior but in this case, a replacement for Anderson would be Anderson. He’s a patient runner that can hit the hole in an instant, he runs with power and has a little big of wiggle like C.J. does. He might not be the power runner C.J. is but Bruce makes up for it with his agility and that shows as a running back and a returner.

How to make this happen: Take him on day three of the draft.

Ramik Wilson is what one would call a JAG (just a guy) whether that’s fair or not, Wilson was only signed to a one-year deal and actually was a special teams star behind the scenes. So, the likelihood of him staying is 50/50. He won’t cost much but he’s also going to be easy to replace.

Auburn (here we go with the Auburn connection again) has special teams ace coming into the league and that’s Senior Bowl LB Deshaun Davis. The 5-11 linebacker may never end up as a full-time starter but he’s violent and according to our friend NBC15’s Lance Crawford “He’s a trained killer, with a high football IQ. He’s broken multiple helmets in college.” That sounds like the heat seeking missile you want on special teams. Lance also explained that while covering sports in the area he’s spoken to his coaches and teammates who “love him”. Seems like one of those players that stays around in the league for a long time, he has a nose for the ball-carrier and is a leader.

How to make this happen: Take him late day three or sign him as a UDFA.

Troy Hill could be back, the coaching staff seems to like him, he has experience starting and is from the area. Hill is still a young corner that may have room for growth still. If the Rams let go of him though this is a draft filled with depth at the CB position.

Rock Ya-Sin is a name that Rams fans should get used to. He excels in man coverage and is going to need to develop in other areas. The ball skills are there and he clearly has the ability to play on the outside and take over for a Troy Hill-level player.

How to make this happen: Take him round 3-4.

Bryce Hager is an athletic linebacker from Baylor that has flashed some on defense for the Rams but is mostly a special teams contributor. Will Hager be back? There is a good chance he could stay due to his familiarity but there are player options available in the draft.

Joe Dineen was a tackling machine at Kansas, he had a solid Shrine Game and is going to be a late pick in this draft but have the potential to be a linebacker that stays in this league for a long time. Former team captain at KU, highly-productive, gap-filling player has a chance to be a great pro player. He needs to get better as a cover linebacker and needs to improve as a pass rusher but as far as pure tackling, Dineen is one of the most sure things in this draft.

How to make this happen: Take him on day three.

JoJo Natson came out of seemingly nowhere for the Rams. Camp body and backup return man behind All-Pro Pharoh Cooper to starting return man on a Super Bowl appearing team. Natson went from exciting change-of-pace returner to showing a little bit of a stagnation in production. A free agent after this year, will Natson be brought back?

The Senior Bowl this week showcased Georgia State WR Penny Hart. It may seem like overkill because Hart is someone I have dubbed as this year’s Tyler Lockett, but Hart is a legitimate returner and could bolster the Rams already dangerous offense. Hart is likely going in the 3rd or 4th round after a huge showing in Mobile but the lack of production in college could still see him fall. The list of former Georgia State WR’s includes Miami Dolphins Albert Wilson and Washington Redskins Robert Davis. There is a history and reason to believe that Hart could become a valuable player in the NFL. The Rams once again could be going into overkill territory with needs still on the table but regardless, Hart might be too good to pass up on. Just imagine you getting an explosive returner like Hart and adding him to a receiver group of Bobby Woods, Brandin Cooks, Cooper Kupp and Josh Reynolds. Surgical.

How to make this happen: Take him 3rd or 4th round.