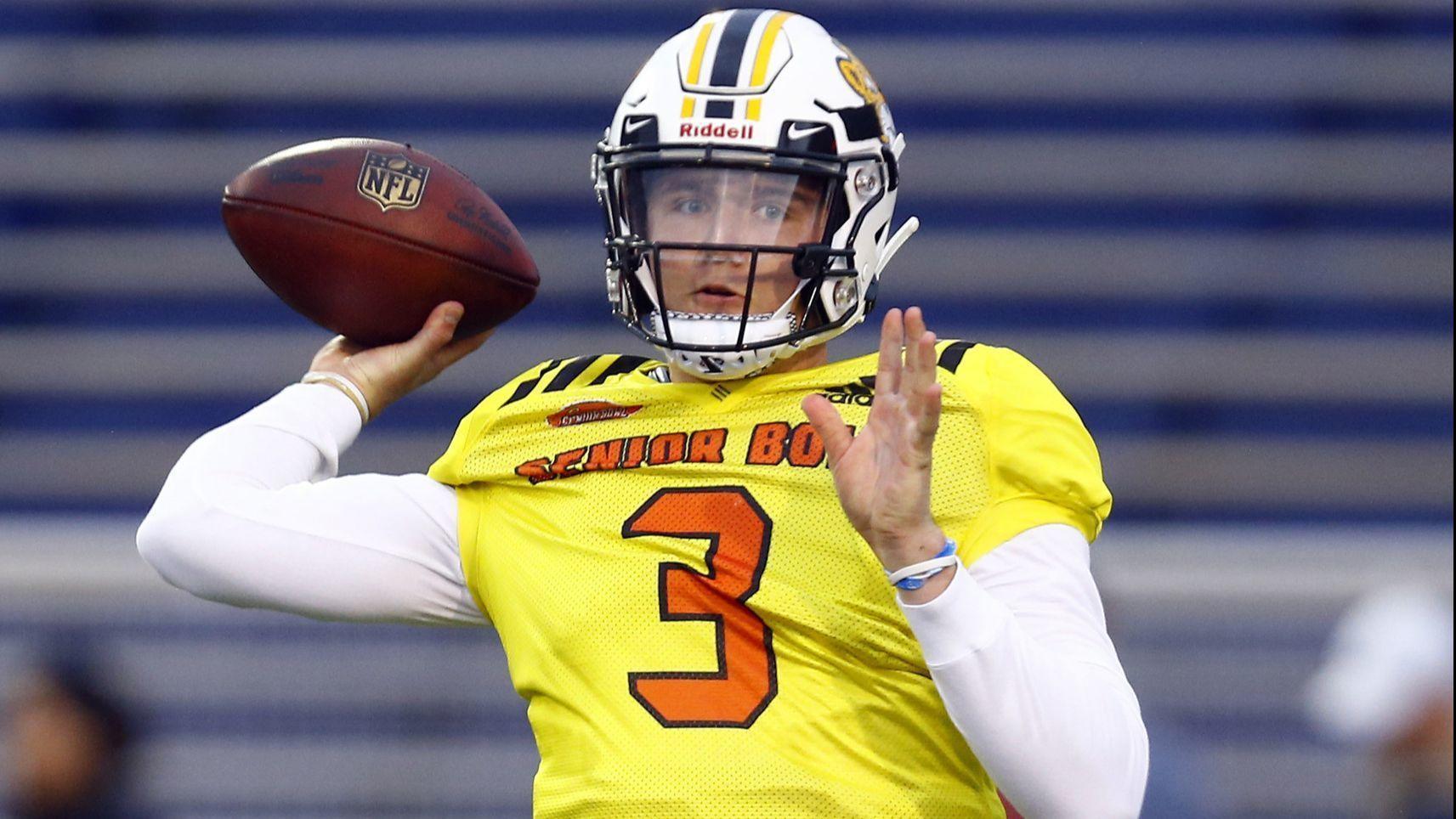 The week-long Senior Bowl event has taken place in Mobile again, here’s what I took away from day one of the Senior Bowl practices for the QB’s.

Quarterbacks did not pull away in the first day of practices

It was an interesting day for the signal-callers of both teams. Buffalo QB Tyree Jackson was one that I most wanted to watch due to his impressive tools and how raw he truly is. Missouri QB Drew Lock likely “won” the day after being the most consistent quarterback throwing the football with velocity, touch and accuracy. Lock didn’t pull away the way Baker Mayfield did last year or Kyle Lauletta did in his respective QB group but he surely looked like the best yesterday. Duke’s QB Daniel Jones had a ton of buzz coming into this week. He’s someone I’m not sold on and would go as far as saying I don’t think he’s much of a day two pick in this draft. The physical gifts are there but he doesn’t throw the ball with velocity others do and his accuracy tails off badly at times. Jones is still probably going to end up as a first round pick but should he be? In my personal opinion, absolutely not.

Washington State QB Gardner Minshew II flashed somewhat during day one but didn’t have the best day of the QB’s. Minshew is more of a mobile QB that operates well on the run, so designed roll outs really helped him in the practices but as far as making the big time throw with pressure in the pocket and not being able to run around to by himself some time, Minshew wasn’t as great as I’d hoped. Penn State QB Trace McSorley is another quarterback that operates well when he can get out and run. His accuracy is his biggest issue but listening to him during the pre-practice interviews at the podium, this kid is extremely intelligent. McSorley is a candidate to show out this Saturday during the game, he may not be the best practice player but he still flashes some solid timing throws here and there. The deep ball can be thrown, he’s comfortable rolling out but the timing throws over the middle he tends to leave behind his receiver.

Speaking of the QB’s that are mobile, let’s talk about one that is absolutely not, that’s NC State QB Ryan Finley. To me, Finley left a ton of throws out on the field. It wasn’t a great day for him and I didn’t expect it to be regardless. Finley is still a QB that has the most experience out of any of these guys and yet he still makes the freshman mistakes. As for another signal-caller, Auburn’s Jarrett Stidham had himself a very complete day. That’s what many expected, a great practice player but he struggles to make key NFL level reads and quite honestly do anything productive when pressured. We will see this Saturday when the live bullets are flying but let’s not take anything away from Stidham in day one. West Virginia QB Will Grier had a rough day, inconsistent all over the place during practice but there is no doubt the talent and live arm are there. He, Minshew, McSorley and Jackson are likely candidates to get better as the week moves along.

Stock Down: Daniel Jones, Will Grier

When you are looking at QB’s to watch for if you are a team like the Rams looking for a backup developmental option the easiest choices are Tyree Jackson, Gardner Minshew II, Jarrett Stidham, Trace McSorley & Ryan Finley. Drew Lock, Daniel Jones & Will Grier are likely going too early to consider. Jackson remains as the most intriguing due to the overall tools, Minshew is a one-year starter that led Washington State to their best season, Trace McSorley is a small and compact mobile QB with an intriguing arm, Ryan Finley is the most seasoned veteran of the bunch and Jarrett Stidham who has the mechanics, accuracy and the size. Plenty of options, keep it right here for coverage on Senior Bowl week.