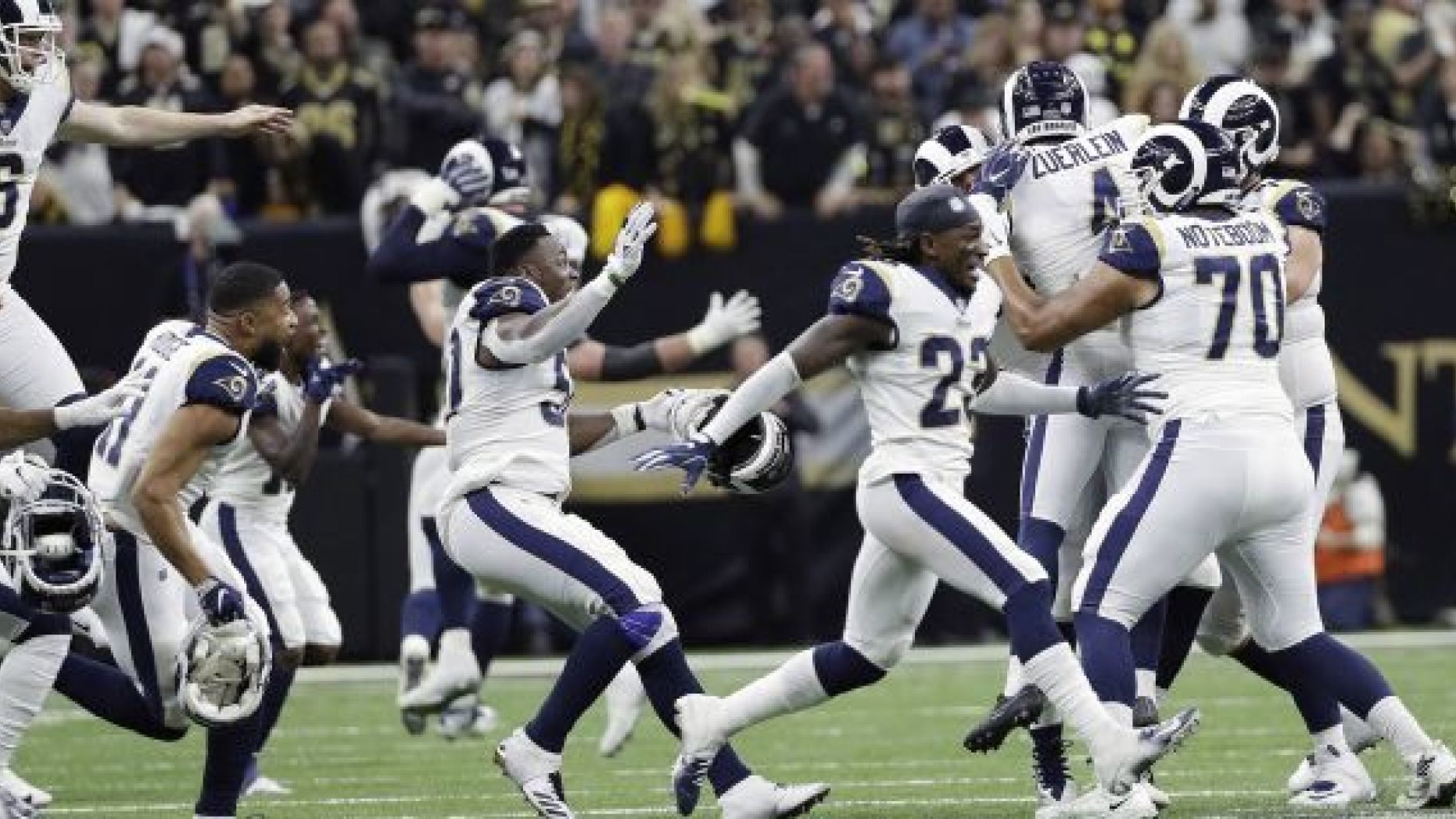 If it hasn’t been said already, it needs to. Rams Fans: We F***ing deserve this.

Nickel Robey-Coleman may or may not have committed a pass interference foul in the dwindling moments of the NFL Championship game, but that should not take away from Our moment.

To say the least, we were overdue.

Scott Linehan, Steve Spagnuolo, and Jeff Fisher have come to try and make this right, but in the end it was 32 year old Sean McVay who everybody said was too young to coach.

The national media will try to make less of what was a great win. The story will be how the saints are the unluckiest franchise over the last two seasons.

Try UNlucky for 15 years and then we’ll talk.

Nobody can take away this win. They may try to taint it, but that doesn’t change the simple fact that the RAMs are here and the saints and 29 other teams are not.