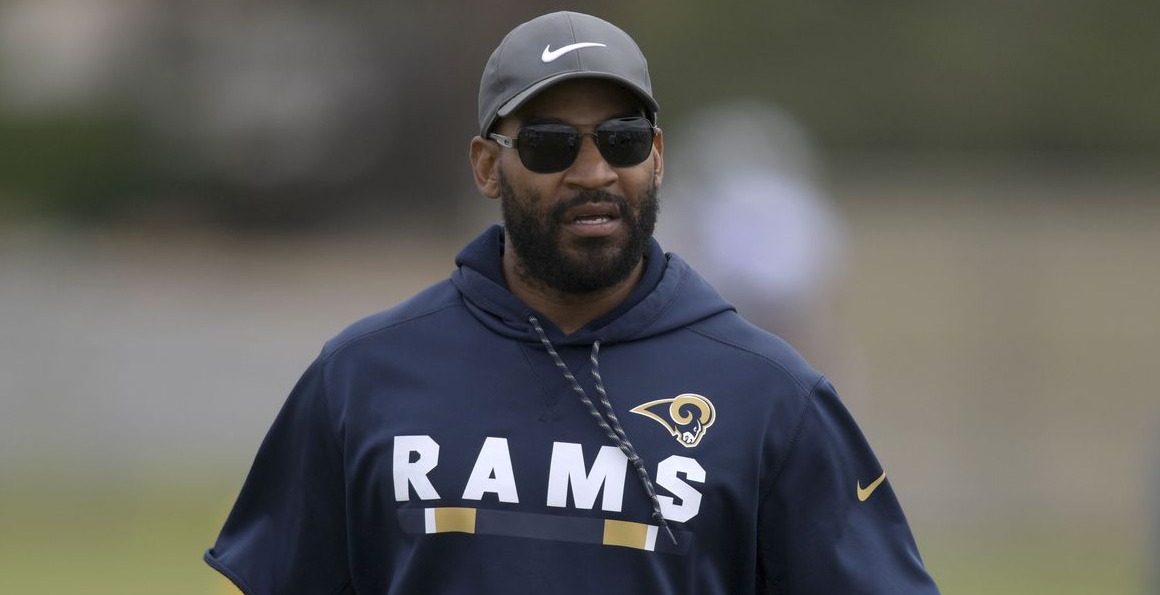 All of the talk has been about Sean McVay this week and for the first time in awhile, it has nothing to do with his production right now. McVay and the Rams have been on a playoff bye and with the recent interviewing of their coaches Shane Waldron, Zac Taylor and the hiring of former offensive coordinator Matt LaFleur, McVay is the biggest topic in the game right now. He may feel he is too young to have a coaching tree but it appears that the Rams not only found their franchise savior in Sean McVay but they may have started a monster trend among the league with teams scrambling to hire the young football minds of today’s game.

On FS1’s “Undisputed”, Skip Bayless questioned the Matt LaFleur hire, but guest of the show DeAngelo Hall refused to agree with his reasonings. “I’ve sat in a room, and you know some of these names too, Kyle Shanahan, Sean McVay, Raheem Morris…uh…Aubrey Pleasant who’s the Rams DB’s coach now…who’s…going to be a head coach in this league very soon. And did I mention Matt LaFleur? So all these guys in the room, strong personalities, everyone’s joking, talking ball and you know? I’m one of the old players, so I’m feeling like one of those guys too, so like he (LaFleur) carries conversations, it’s not ‘little brother in the back of the corner kinda waiting to chime in.’ He’s one of the leaders of that group. And it kinda took me off guard a little bit because I was never around them that much until that particular evening and I guarded a lot more respect from Matt from that conversation and that was…we weren’t even supposed to be talking ball, we just were hanging out one night together…I thought Sean (McVay) had the juice but this LaFleur guy has the juice.” Hall said in response to Bayless claiming the hiring off LaFleur didn’t “jump off the page” or “strike you as a commanding leader”

This was awesome in more ways than one coming from the former Redskins three-time Pro Bowl defensive back. However, forget about most of that quote, did you see what Hall said about Pleasant? When people rave about Pleasant, many don’t pick up on the fact this guy could become a head coach before he becomes a defensive coordinator for the Rams. He didn’t receive any interview requests but if LaFleur was willing to move on from the great defensive coordinator Mike Pettine, Pleasant would be on his radar. The same would go for Taylor and Waldron who would likely try and bring Pleasant along with them. The point is, this praise isn’t just “cool” but it’s serious, The Rams have a gem in Pleasant and while he likely won’t ever become the head coach of the Rams, he could see him himself as a head coach over the next five years. The former offensive assistant with the Redskins displayed his versatility in that area after he quickly switched over the defensive side of the ball to assist DB coach Perry Fewell. Pleasant has worked with two NFL teams and Michigan, he’s been around coaches such as McVay, Shanahan, LaFleur, Fewell, Wade Phillips, Zac Taylor, Shane Waldron, Aaron Kromer, Joe Barry and plenty others. It’s not always about who you are and more so about who you know but in terms of Pleasant, he knows a ton of coaches but make no mistake, they know him.

The question still remains, will Pleasant ever get a chance to move up to the Rams defensive coordinator before he becomes an NFL head coach? That questioned will be answered sooner than later.