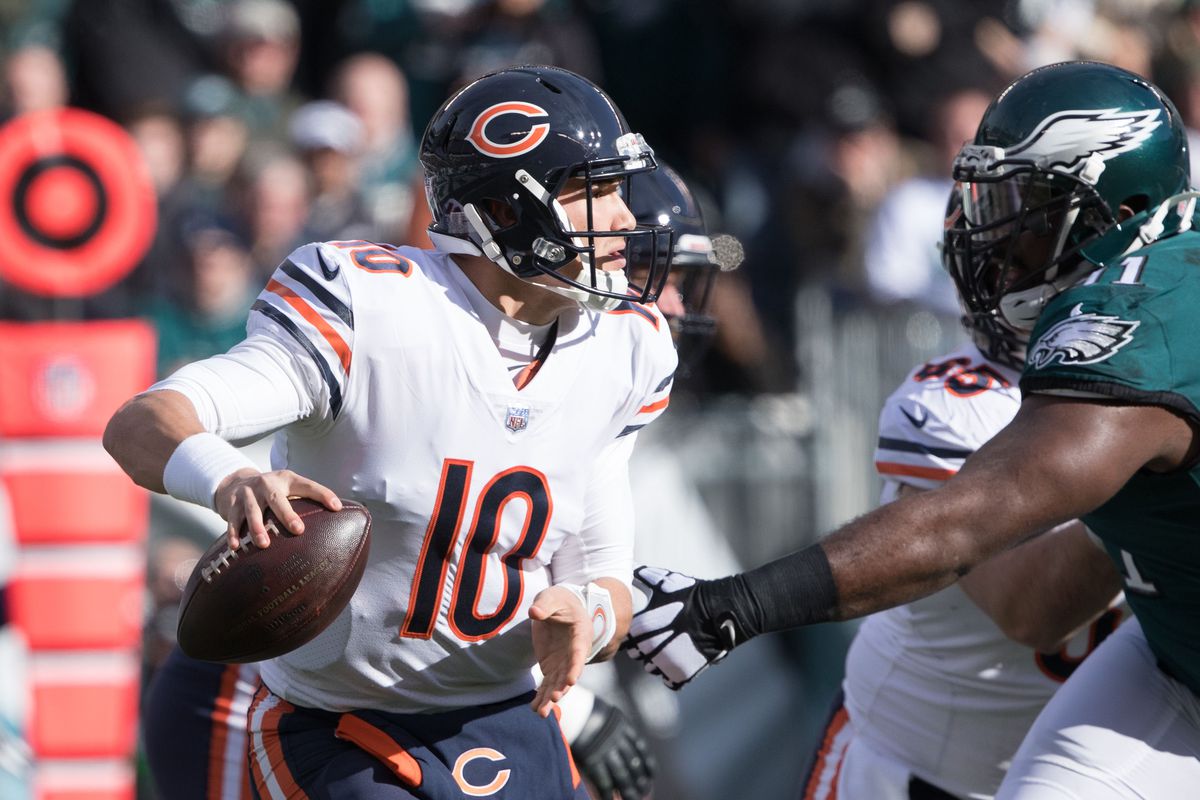 The big one this Wild Card weekend will decide who the Rams play in the next round. Here’s the preview on Bears vs. Eagles. 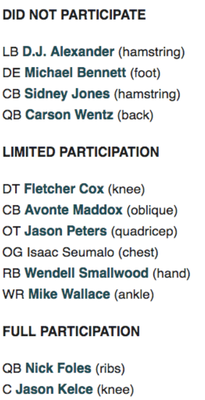 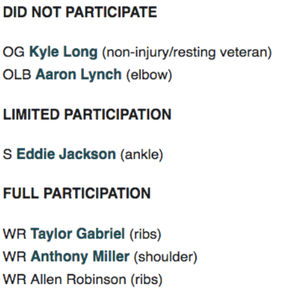 Preview: The Monsters of the Midway are back as Chicago is the #1 defense in the NFL. Keep a close eye on Eddie Jackson as him and Mack are the two most important players of their defense. If he’s a no go, or not fully healthy… I do think the Eagle have a chance at the biggest upset of wild card weekend. Nick Foles is in. Mitch Trubisky’s and Nagy’s first playoff appearance. Maybe I’m a sucker, but until Nick Foles shows us he is human with Doug Pederson, I’ll give them a chance in every game they play. Let’s dig deep into the matchup and the numbers. The graphic below breaks down just about everything we need to know when predicting the outcome of this game. All stats and definitions (DVOA) can be found on footballoutsiders.com.

Eagles Offense vs Bears Defense – A major key to this game is Nick Foles vs this Bears defense. If Foles can turn the ball over less than Trubisky and take advantage of some short field position, they will have a shot. Do not let Khalil Mack beat you. Chip him. Double team him. Scheme around making sure Mack does not decide this game… And do not let Eddie Jackson fool you. The guy is a genius at baiting QB’s into making mistakes.

Bears Offense vs Eagles Defense – The Bears have actually been very average on offense, but Matt Nagy is one of the best play callers in the NFL and should have a game plan for the Eagles defense that is very suspect against the pass (30th in yardage/15th DVOA). I think the Bears find success with Cohen, but struggle to punch the ball in the end zone, as the Eagles have the top red zone D in the NFL. The Eagles have been pretty good against the run this year (9th DVOA). Look for Mitch Trubisky to make some plays with his legs to extend drives, as he could suffer throwing the ball in his first playoff game. 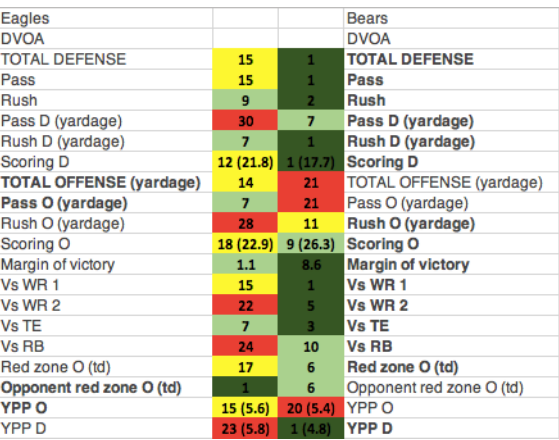 SUMMARY – If you are a Trubisky believer (i am not) then you believe this game will be a blowout. I believe two factors keep the Eagles in this game, and ultimately cover. 1. Keeping the Bears out of the end zone 2. Trubisky making a few mistake. If Trubisky doesn’t turn the ball over the Bears should handle the Eagles pretty easily. I think Mitch turns the ball over 2-3 times and the Bears sneak away with a close victory. Prediction: Eagles 20 Bears 23 Bets: Eagles +7 (bought hook)