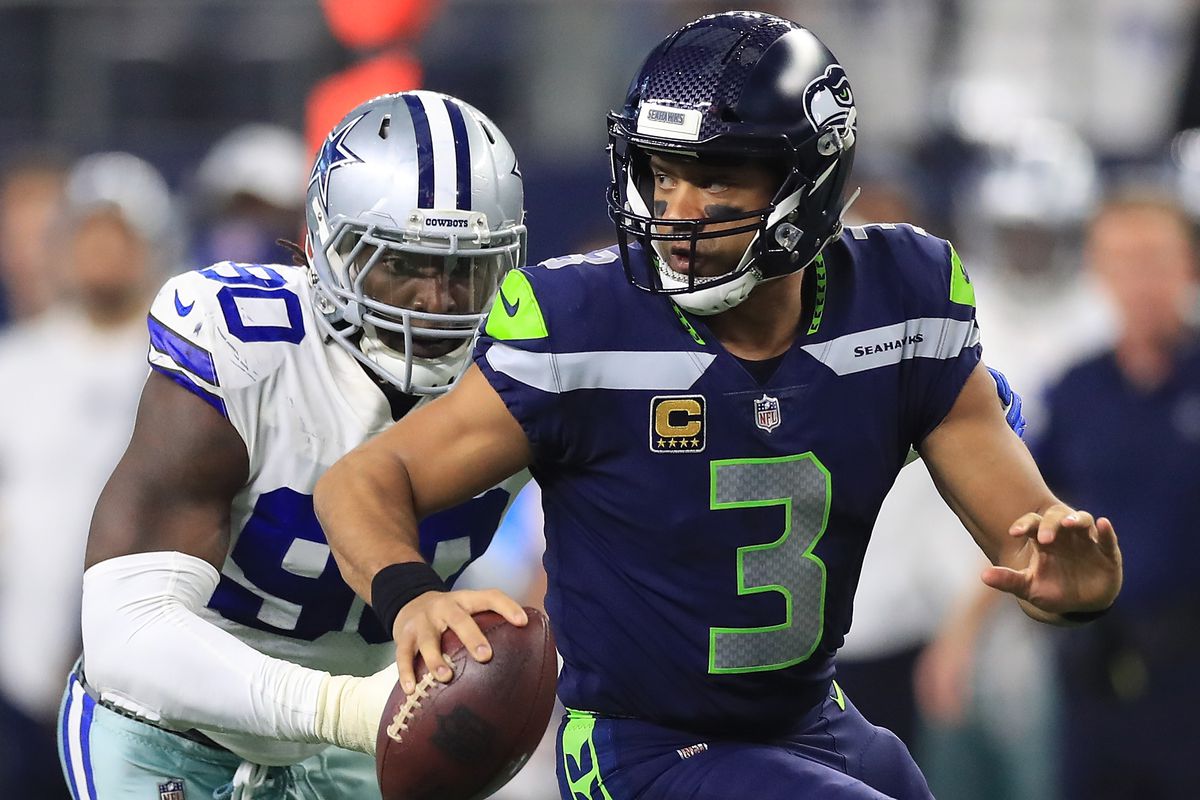 With the Rams off this weekend we bring you the preview for their rival Seattle Seahawks as they head to Jerry World to play the Dallas Cowboys.

Preview: Much like the Colts/Texans game, this game should be very close. Russ Wilson is elite? Dak is… average? Seahawks have managed to go a bit old school in terms of play style on offense. They like to run the ball right down your throat, and let Russ make plays on the boundary. The Cowboys are very similar on offense in terms of running the ball, Zeke will be relied on heavily. The trade with Amari Cooper has given the Cowboys another dimension. Amari has found success after the catch to help provide big plays for the offense. Both defenses have been good this year. Seattle has been amazing in the red zone and defending the red zone (ads), ranked 8th on O and 4th on D. Pay attention to the red zone stats as I think this is a big decider in this game. Cowboys will rely on their defense, specifically the LBs, Byron Jones, and Demarcus Lawrence.

Seahawks Offense vs Cowboys Defense – This isn’t the best matchup for Seattle on O, as Dallas is very good at defending the run (5th DVOA and 5th in yardage). With that being said, I believe this is a game that Russell Wilson will have to take over in order to win. Dallas is mediocre against the pass despite taking your top 2 WRs out of the game. Seahawks red zone o has been very good (8th), but so has the Cowboys red zone D (7th). Look for Seattle to run the ball and take shots deep off PA. Truthfully, there won’t be much to say about either offenses in this game. Cowboys should contain the run, but I am unsure if Dak can match the plays Russ is capable of making.

Cowboys Offense vs Seattle Defense – Much like Seattle, the Cowboys try to establish the run with one of the leagues best, Ezekiel Elliott. The loss of Travis Frederick is still hurting this team, as he is one of the best center’s in the league. The difference between the Seattle O and the Dallas O is qb play. Dak has showed who he is.. He is a qb that takes few shots deep, is not very good in the pocket, and panics when pressured. The Cowboys pass blocking has been very bad, 28th via Football Outsiders pass pro rankings. The Cowboys need Cooper to make a play after the catch or get open deep, because Dallas has one of the worst red zone offense’s in the NFL (mostly due to awful play calling). If Seattle takes Cooper out, contains Zeke, and doesn’t let Dak beat them with his legs I don’t see a path to Dallas having much success on O. 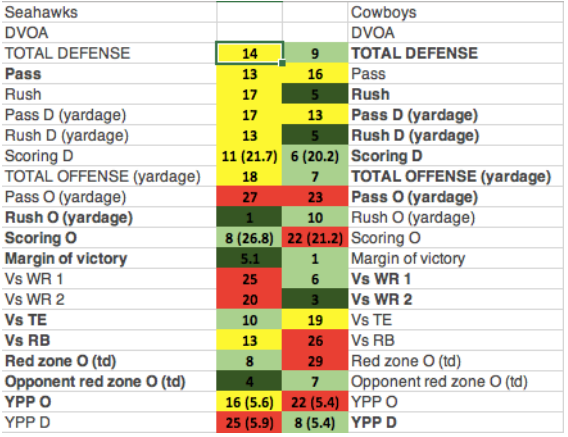 SUMMARY – Low scoring and a lot of running plays. That looks to be the path this game takes. I expect both teams to control the clock, play defense, and keep each other out of the end zone. Ultimately, it comes down to the QB play and I simply don’t think Dak is good enough to win in the playoffs at this point in his career. Russ Wilson has the experience, play makers, and defense to go on the road and beat the Cowboys.