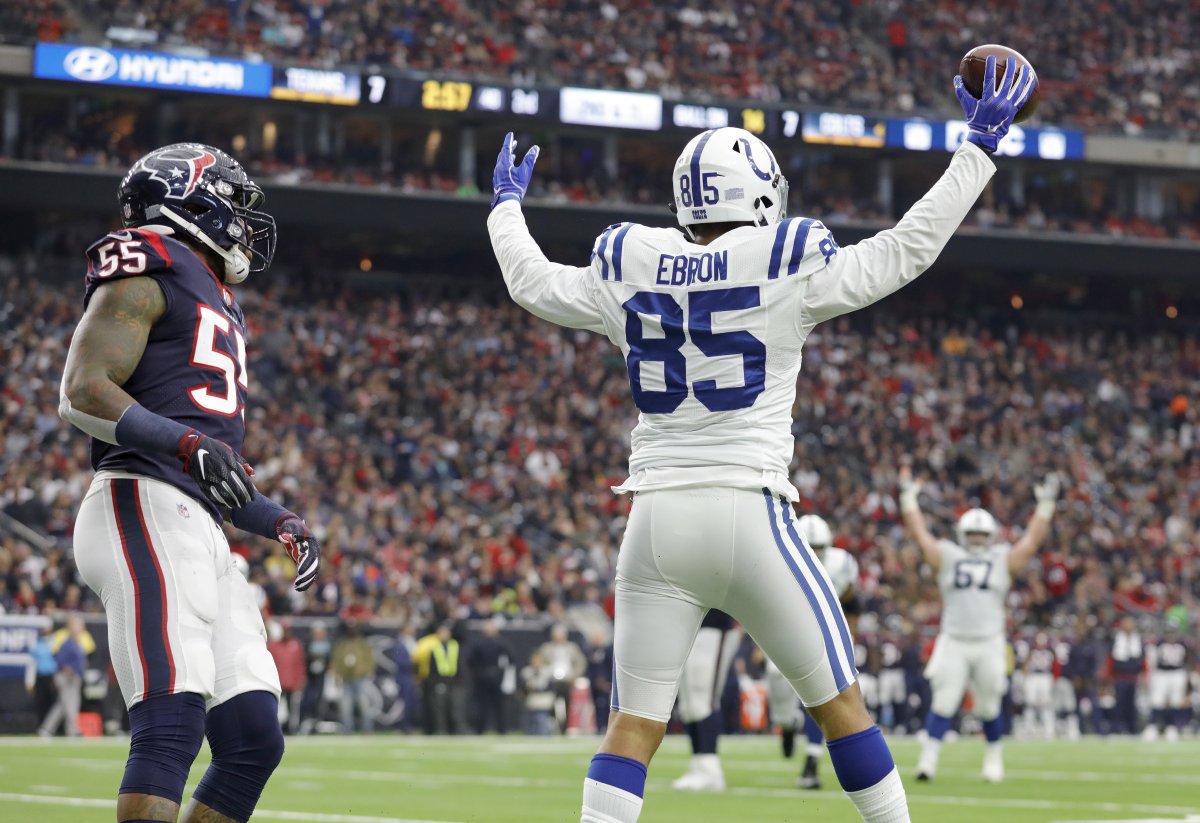 The Rams are off this weekend so we have a mini-series of games that we will be previewing. For the first game, it’s the Colts and Texans.

Preview: Everything about this matchup shows us this should be a very good game, Vegas agrees as they have Texans favored by just 1 point at home. For those that don’t know usually Vegas gives about 3 points to the home team for home field advantage. This being just a 1 point spread does show us that Vegas thinks the Colts are a better football team than the Texans and would be favored on a neutral site.

Colts Offense vs Texans Defense – T.Y. Hilton’s health is the most important aspect of this game. Texans are ranked 18th in DVOA pass d and have given up the 28th most passing yards per game this season. You may also notice how bad the Texans are against opposing teams WR1, which should give T.Y. one heck of a day. Colts are going to struggle running the football, so this game is going to be on the shoulders of the Colts OL and Andrew Luck (expected comeback player of the year). I expect a few Eric Ebron touchdowns (or whatever Colts TE decides to score this week). Texans have been bad vs the TE this year (23rd) and have been even worse in opponent red zone scoring (29th). If the Colts new and improved OL can keep Luck on his feet, the Colts should find a lot of success through the air vs the Texans suspect pass d. Luck cannot turn the ball over, the Texans are 2nd in the league in turnover differential and 4th in the league in forcing turnovers.

Texans Offense vs Colts Defense – Deshaun Watson might be the most exciting quarterback in the NFL, but how good is he? This is something I think we can learn about come playoff time. Deandre Hopkins can take over this game, and that is my biggest fear for the Colts. Can they cover Nuk? I think with Demaryius Thomas and Will Fuller on IR it will help the Colts be able to take Hopkins away. Koke Coutee has had some success so the Texans really need him healthy and ready to eat on Saturday. I expect Coach O’Brien to let Watson lose in the run game and lean on him and Lamar Miller, who has had a very good year this year. ***It should not go unnoticed that the TEXANS HAVE HAD THE WORST OL IN THE NFL VS THE PASS RUSH this season*** Colts have a very average pass rush, but it could look elite on Saturday if the Texans OL doesn’t step up. Look for the Texans to lean on the run EARLY and OFTEN. 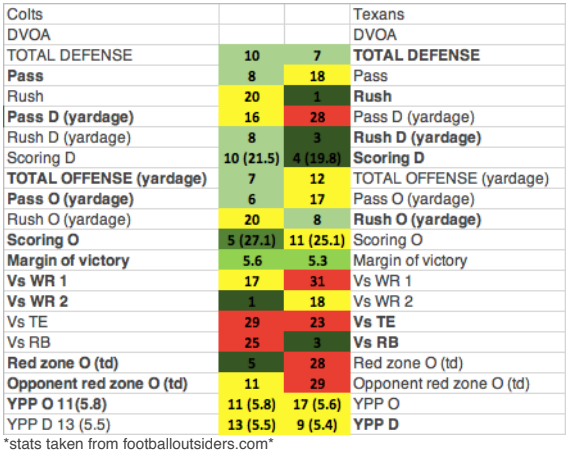 SUMMARY – Colts should be able to beat the Texans with Luck/TY/Ebron all having very nice matchups. Nothing really stands out to me for the Texans in this game. They don’t have much of an advantage outside of the Colts struggling to defend TEs and RBs. Lamar could definitely go for 150+ to win this game, but thats not probable. Prediction: Colts 27-23 Bets: Colts +1 (1 UNIT)