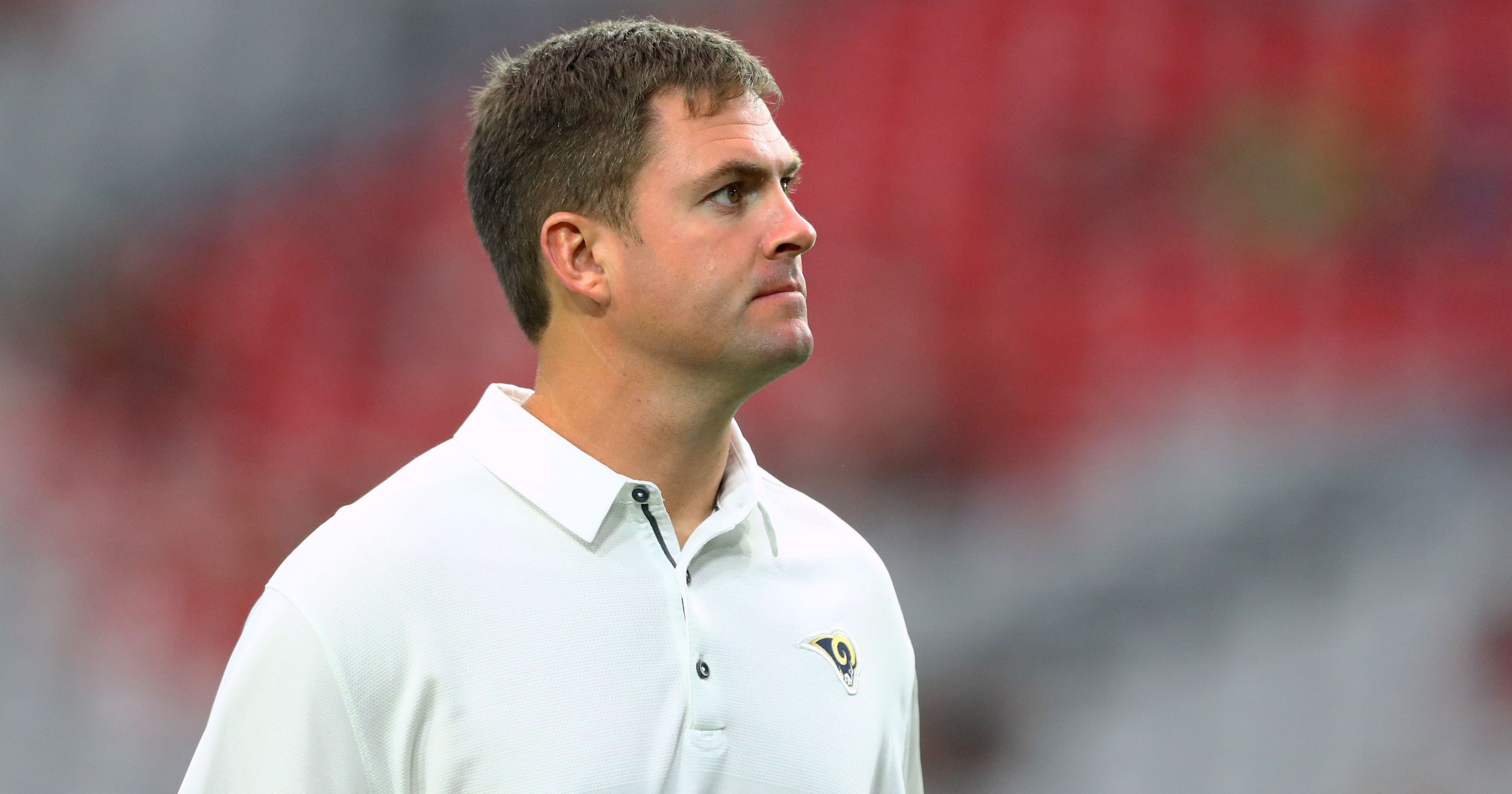 The Rams acquired a very talented young offensive mind in the off-season from the Miami Dolphins. His name is Zac Taylor, and he’s now becoming one of the top coveted head coaching candidates in the NFL. The Cardinals became the first team to inquire about Taylor from the Rams today.

The Cardinals recently fired first-year HC Steve Wilks and are looking to find an offensive-minded coach to develop and mold first-round QB Josh Rosen into a franchise QB. The Rams division rivals placed the request today to interview the Rams QB coach. We will see what happens but regardless if Taylor receives the job with the Cardinals, he will be highly coveted around the league and will likely be coaching on a different sideline in 2019.

Among the other teams in need of a Head coach now are:

The Rams have other potential candidates in place in the form of “defensive Sean McVay” DB’s coach Aubrey Pleasant and the Rams passing game coordinator Shane Waldron. It’s also worth mentioning these are just the teams that have opened up HC vacancies thus far. There could be some other ones opening up in potentially Washington and Jacksonville.

For the latest on all coaching news pertaining to the Rams leave it right here on DTR.