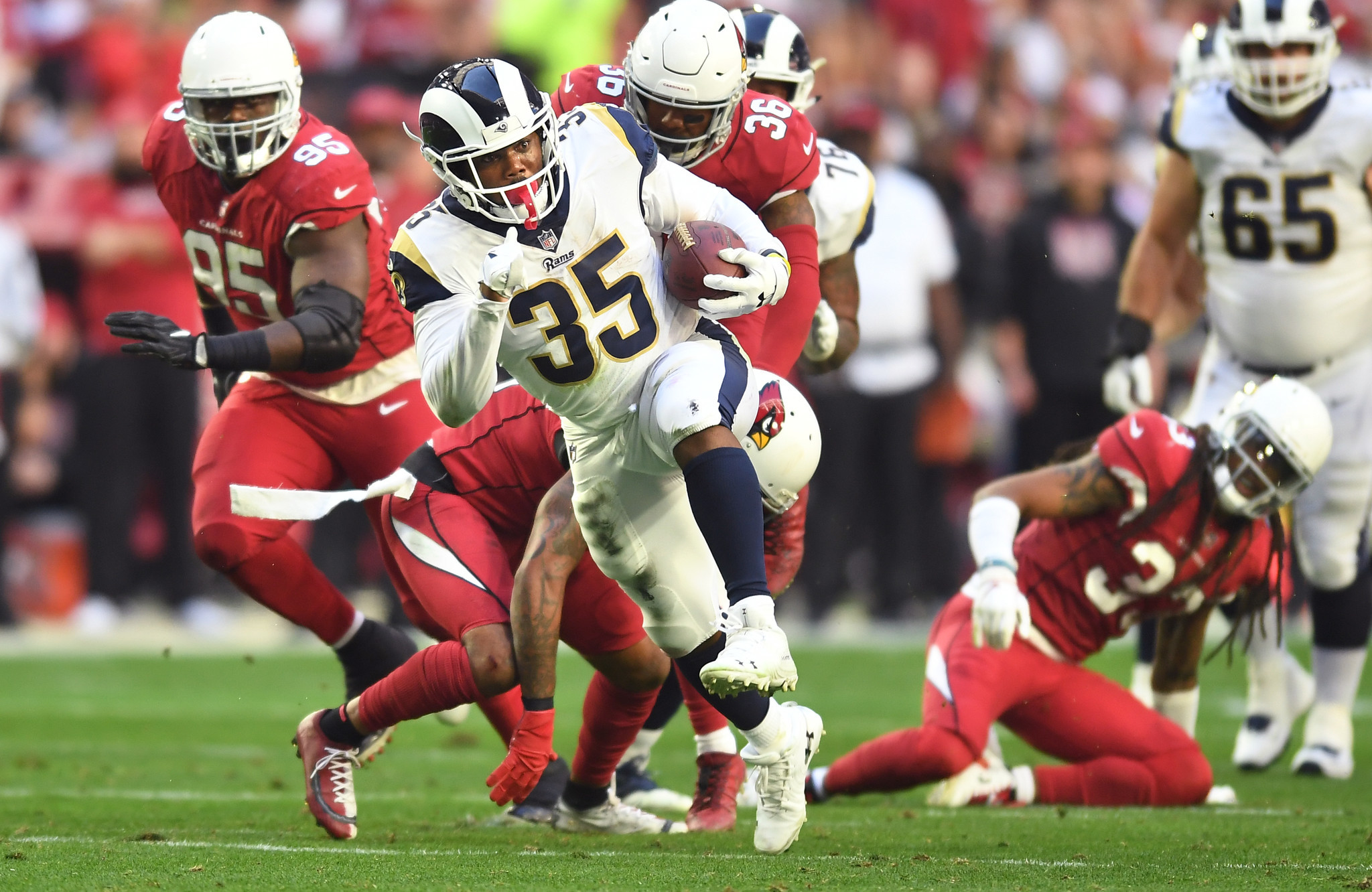 You can thank the Carolina Panthers, Christian McCaffrey, the Oakland Raiders and two Raider offensive linemen going down with injury for this even being possible. The Rams struck gold on the free agent market in week 16 of the NFL season. The NFL free agency gold was in the form of the man that calls himself fat and slow, C.J. Anderson. The 27-year old former Pro Bowler and Super Bowl champion hoisted his new team to their first victory since week 13. After a two-game losing streak arrived on primetime, star RB Todd Gurley was banged up and backup RB Malcolm Brown was deemed out for the rest of the year, Anderson stood up to the plate and hit a home run for the Rams.

Anderson went for 167 yards on 20 carries and forced his way into the end zone, helping the Rams put up 31 in their win over the Arizona Cardinals. This all came after Todd Gurley was ruled out for Sunday’s contest in what was a game-time decision. Not many expected Anderson to have the coming out party he did with the Rams, you can chalk it up to the great blocking upfront in the running game and the lack of run defense displayed by the Cardinals but the fact of the matter is that Anderson produced when the Rams needed him to. The same Anderson that was signed off his couch on Monday and had little-to-no time to learn the playbook or get in game shape. Anderson per ESPN Stats Info, had 105 of his 167 rushing yards come after contact which is more than Gurley has ever had in a game and more than any Rams running back has had in the last 10 seasons.

Not all of this should come as a surprise seeing as C.J. Anderson had a career 1,007 yard year last year in Denver. It just goes to show you that sometimes this league can put you in a weird spot, 1,000-plus yard rusher one year and then on his couch looking for a job the next. Seems strange, but the Rams have acquired more than just talent in Anderson, the veteran running back looks to have a chip on his shoulder still and is chomping at the bit to be that leader in the locker room. After a 167 yard performance, the last thing you would expect from that type of player is for him to go back to the beginning of the game where he missed a block and show his frustration on it. He’s arguably the perfect replacement to Malcolm Brown as he runs with that same power style of running but his leadership and experience is also something that will help this team in the playoffs.

Now, following a 167-yard performance the Rams know they can start Anderson next week and give Gurley a rest again if they so choose. Next week isn’t like last year. Both the Rams from last year and this year will host the eliminated 49ers at home in a game that means a lot to the 49ers, However, with the Rams this time around, they can’t rest their starters because unlike last season, they have a first-round bye they have to lock up. The Chicago Bears will be playing the Minnesota Vikings in a game that means nothing to the Bears if the Rams win and means everything to the Vikings as far as securing a playoff spot. It’s a tricky scenario but the Rams are in the driver’s seat to finish with their first 13-win season since they last won the Super Bowl back in the 1999-2000 season.

Anderson gives the Rams something they didn’t think they would have again after Malcolm Brown went down. Stability. Expect to see Anderson get a legitimate workload in the playoffs and expect him to compliment Gurley extremely well on the Rams quest for their first Super Bowl under Sean McVay.