Tight Ends Lost in the Gameplan 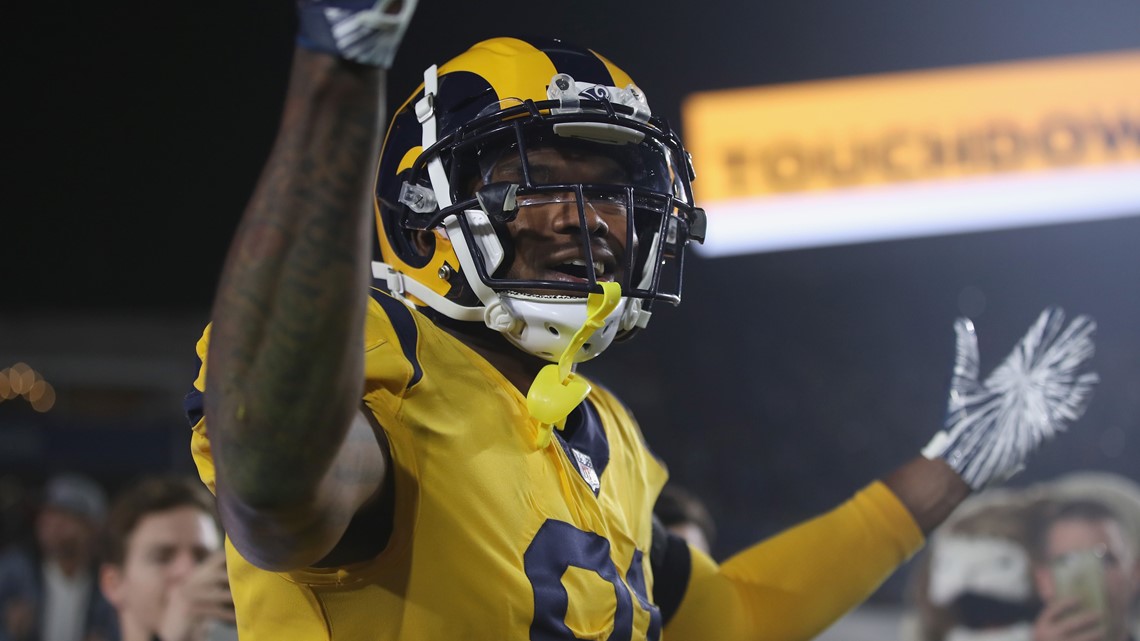 Let’s be honest, Jared Goff and the Rams offense are missing Cooper Kupp. It cannot be denied any longer. But can it be fixed? I don’t think I’m the only one who thought that when Kupp went down it would spark the emergence of Gerald Everett and to a lesser degree, Tyler Higbee. When Kupp went down in week 10 against the Seahawks, it broke fans collective heart. But when Jared Goff and the Rams responded with a 54-51 win against the Chiefs, we all thought we could keep the production going.  Especially considering we saw Tyler Higbee catch all six of his targets for 63 yards and Gerald Everett catch all three of his targets for 49 yards and two scores, one of which was a crucial play in the 4th quarter to put the Rams back in the lead. Why then, have we seen the tight ends seemingly get the shaft as of late?

While Everett and Higbee have combined for 21 targets (16 being Everett) in the last three games, Josh Reynolds has received 22 targets during that span. During this offensive struggle the Rams have averaged 19.6 PPG, lost two in a row in the regular season for the first time in McVay’s tenure, and their redzone TD percentage is sitting at 41.6%. The Rams have tried to force feed Josh Reynolds while ignoring the tight ends and their potential in this offense, no more evident than in the Eagles game where Reynolds was targeted 12 times, catching five. Three of those targets came during an absolutely terrible redzone series that saw Goff stare down Reynolds three times in a row only to throw the ball away each time when he wasn’t open. It doesn’t make sense why the tight ends have been phased out of the offense considering the tight end production we’ve seen when utilized (50 receptions/532 yards/5 TDs). Keep in mind, a lot of those numbers came when we still had Cooper Kupp in the mix as well.

So why is McVay not utilizing his tight ends as much as he should? I mean, the Rams spent a 4th round pick (a 2nd-3rd round prospect) on Higbee and a 2nd round pick on Everett. You’d think he would want to get them more involved in the offense especially Everett with his speed. McVay used tight ends heavily in Washington (granted, he never had the receivers he’s had in LA). I also want to point out that Goff’s completion percentage has dipped to 54% over the last three games. Considering our redzone woes, you’d think the 6’6” Higbee and 6’3” Everett would be likely targets. But they haven’t been. We know McVay likes to run a lot of 11 personnel for starters, more than any other coach in the NFL. But he needs to realize that defenses are figuring him out, it is time to either introduce more 12 personnel or utilize the tight ends more in the slot, I vote for both. I’m not going to act like I know more about X’s and O’s than Sean McVay, I don’t, but I am going to say that Sean McVay has at times hurt himself more than other teams have hurt the Rams. We’ve seen him shy away from the run and eliminate his great play-action plays, we’ve seen him waste timeouts, and we’ve seen him underutilize the tight ends too often.

It is time for Sean McVay to release Gerald Everett on the NFL. It is time to show off the offensive weapon that amassed 90 receptions/1292 yards/12 TDs at South Alabama. Time for McVay to utilize Gerald Everett like he utilized Jordan Reed in Washington. Use the tight ends more in the redzone and get this offense back on track. Right now Sean McVay’s offense is a Swiss Army knife but the owner doesn’t know how to utilize all of the tools. He and Jared Goff need to start game planning the tight ends more-utilize what they bring to the table that Cooks and Woods don’t. I think if McVay can figure that out then teams will be forced to worry about the added wrinkles to the offense and Jared Goff would benefit from that.  Who knows, we might even see this offense start to dominate again.