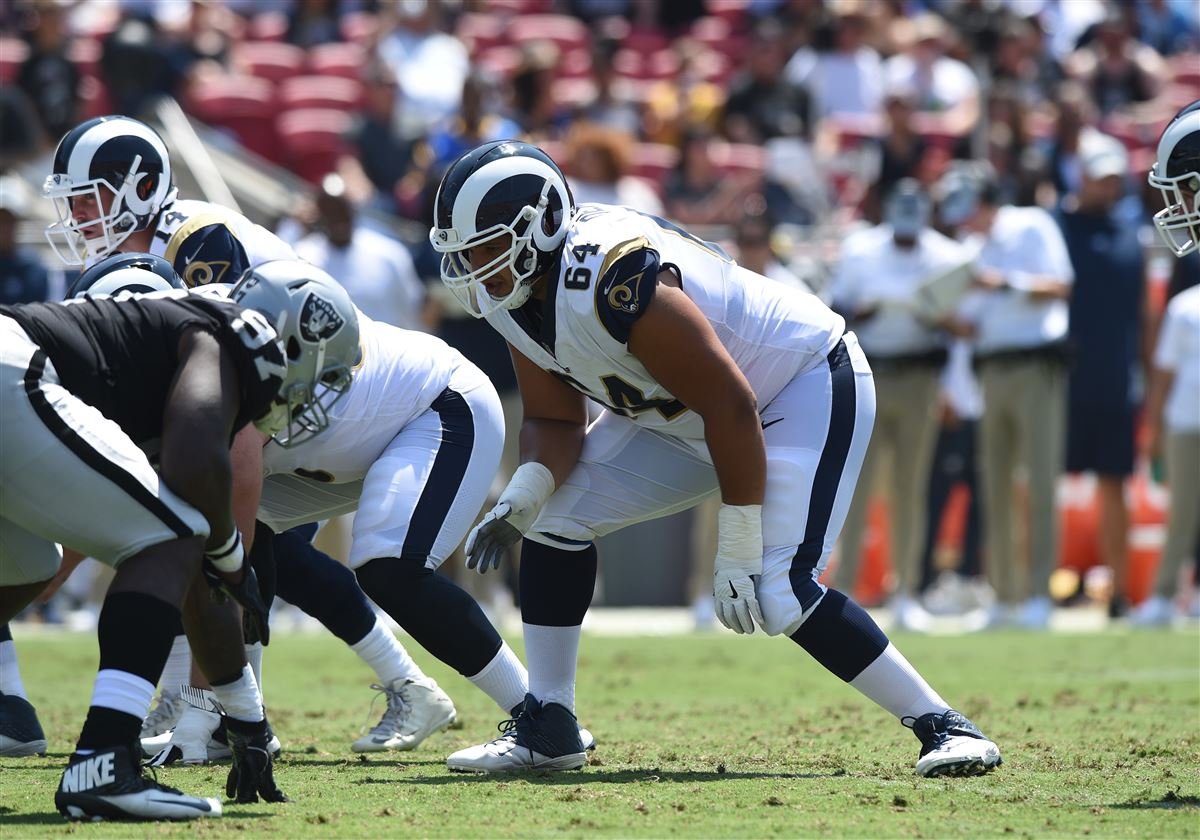 Jamil Demby is back in Los Angeles, the team has officially signed Demby to the active roster in a move that comes from the Lions practice squad. The Rams had room open up on the active roster after placing CB Dominique Hatfield onto the injured reserve list.

Demby originally had the opportunity to re-sign with the Rams shortly after he was cut to make room for MVP candidate DL Aaron Donald. Demby chose to stay with his offensive line coach from college who was employed by the Lions until the Rams scooped him up today off of the Lions practice squad and added more depth to their very thin offensive line group. Demby was a short-time fan favorite, fans weren’t happy when the Rams got rid of him but he is back and the Rams can move forward with their draft class as it was.

With this move the Rams only have one player from their 2018 draft class that is not on the active roster, that is LB Travin Howard who resides on the practice squad for now. The 192nd overall pick is going to make the number eight on the offensive line which is a bit surprising since the Rams have carried as many as 11 offensive linemen in the past.

Rams Run Defense Has Three Weeks to Get It Right