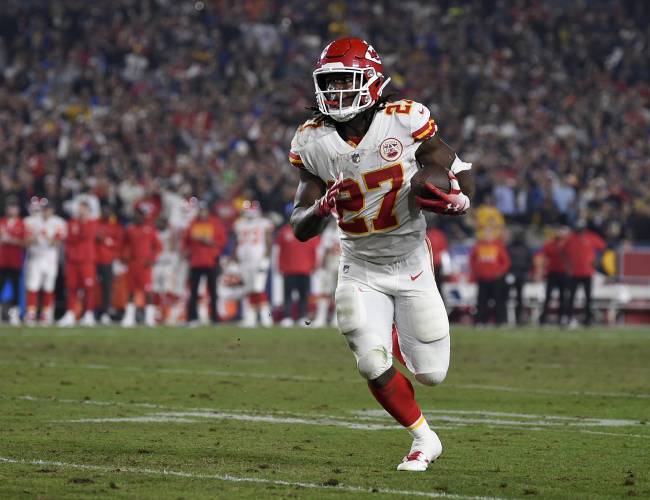 If you’ve made it this far, I’m guessing you at least made it past the title and for that I respect you. I’m going to take you for a ride, so get ready and buckle up (This will be a pun later).

Before we get started, I’m going to say what Kareem hunt did is inexcusable. No man should ever and i mean ever put his hands on a woman.

I’m going to get personal and for people that don’t even know me to read this, is going to be very difficult because this story that I’m about to share below isn’t something that I share often.

For those that personally know me, know that I’m a reserved person that keeps a lot of personal stuff just that – personal. I’m going to ask you to take what you’re about to read with an open mind and know that people can change.

As a kid who’s father put his hands on my mother i will speak from experience and say it is not ok to hit a woman.

What I will say is that after going through a divorce, turning to god, and getting his head on straight. My dad is nowhere near the man he was back then.

That’s not to say my dad didn’t pay the price. He lost me in the custody battle. That meant he only got to see me every other weekend, one month during the summer, and alternating select holidays.

That time dwindled as I got older as extracurricular activities took over my life. My dad clearly understood, but for you fathers out there, you obviously know how difficult not seeing his son often must have been. It was a sacrifice, but one that he had earned.

Like I said, my dad is nowhere near the man he used to be. He gave up alcohol and got his life straight.

Alright, now for my personal story.

Every wednesday night a group of friends and I used to go to a bar quizzo. It was always something that I looked forward to every week. Wednesday’s were perfect. It’s right in the middle of the week and was a good time just to decompress.

As a recent graduate who didn’t have a full time job and quite honestly was struggling, these wednesday nights were much needed.

We would go to the bar for a few hours, play quizzo, eat wings, and just catch up. From there we would hit another bar before calling it a night. Most nights lasted from 8 p.m. to sometimes 12 or one in the morning.

from there it was the 20-30 minute drive home. Some nights I drank more than others and more than I should have, but every night I still got behind the wheel.

I remember one particular night very clearly and it is one that probably saved my life.

I Had some beers at bar number one and then went to bar number two and drank a few more beers, some whiskey, and took a shot of cognac.

Now’s where the pun from earlier comes in and I ask you to once again, buckle up.

I was in no shape to drive and the fact that I missed my turn to get on the interstate and pulled a u-turn over the raised median on the road said so.

Yet, even in today’s society with uber, I kept driving. I must have Got up to 90 mph on the interstate as I was in a rush to get home. It was one in the morning after all, but still no excuse to go that fast.

I pulled off the interstate and as you can imagine the road was pretty empty. After all, it was 1:20 in the morning at that point.

Now drunk me was not patient and originally stopped for the red light but then said f-it and turned left on red, therefore running the red light.

turned right at the next light which was green, but then once again ran the next red light turning left. four more blocks and I would be home.

Now, those four blocks between the light and my house all had stop signs. As you can probably guess, I hadn’t stopped at the red lights so why would I stop at the stop signs.

Four ran through stops signs later without even an attempt to slow down and I was home. However, there was a catch.

As I made the final right turn, without stopping, onto the block where my house was, red and blue lights started flashing.

My worst nightmare had come to fruition. My life and everything I had worked for was over or at least I thought.

Because I was basically home I pulled into my driveway and stopped waiting to most likely be headed to a cell in the back of a cop car.

Up to this point in my life I had never made a mistake as big as this one. I was a solid 3.3 student. All of my teachers liked me. I had a pretty good life with a pretty good support system.

As the police officer walked up to my window, I tried to think how I was going to get out of this.

I can still hear the words, “What the f*ck do you think you’re doing. I’ve been following you and you ran two red lights and four stop signs.”

With my eyes glazed over, me shaking, and most likely stumbling through sentences I made up an excuse of how I was driving home from work, just wanted to get home, and I had just pulled in my driveway.

I apologized for running the lights and stop signs several times. I handed over my license and registration hoping for the best.

When the officer came back i waited for my fate. To my surprise she said, “I’ll let you off this time, but if i ever catch you again, you’re getting everything.”

I sat in my car for another 15-minutes knowing just how lucky I was. Had I not been in my driveway there is no question in my mind I would have spent the night in jail and ended up with a DUI.

I also had no doubt that the officer knew I was lying and knew I was drunk. At that point, I’m sure she knew I had made it home, nobody had gotten hurt, and she saw a young kid that knew he had made a mistake and let him off.

After that night I made changes. I still went to quizzo on Wednesdays, but I never drank more than two beers. I haven’t been pulled over since.

My point with this is, even the good kid makes mistakes. Everyone can slip up. It takes one bad night to change your life. One.

THat night changed mine as i’m sure the February night in cleveland changed Kareem hunt’s.

From the video that was released we don’t know what set hunt off, but nonetheless his acts were that of violence towards a woman.

Hunt will pay the price. He’s been released by the chiefs and will serve his time away from the game. But for a decision at 23 years old and in the heat of the moment to ruin his career, seems out of hand. He should get a second chance.

The nfl has a violence problem. hunt’s situation is not domestic violence, but still, it is not a good look.

If you’ve made it this far, I thank you for standing by me through this, but now we talk football.

I’m not saying that the Rams should sign hunt. All I’m saying is that the nfl should give hunt a second chance and that if that team was the rams I wouldn’t be opposed.

Like I said, I’m not defending hunt’s actions. I’m saying that everyone slips up at 23 years old and deserves a second chance.