Three Players the Rams Could Trade Away 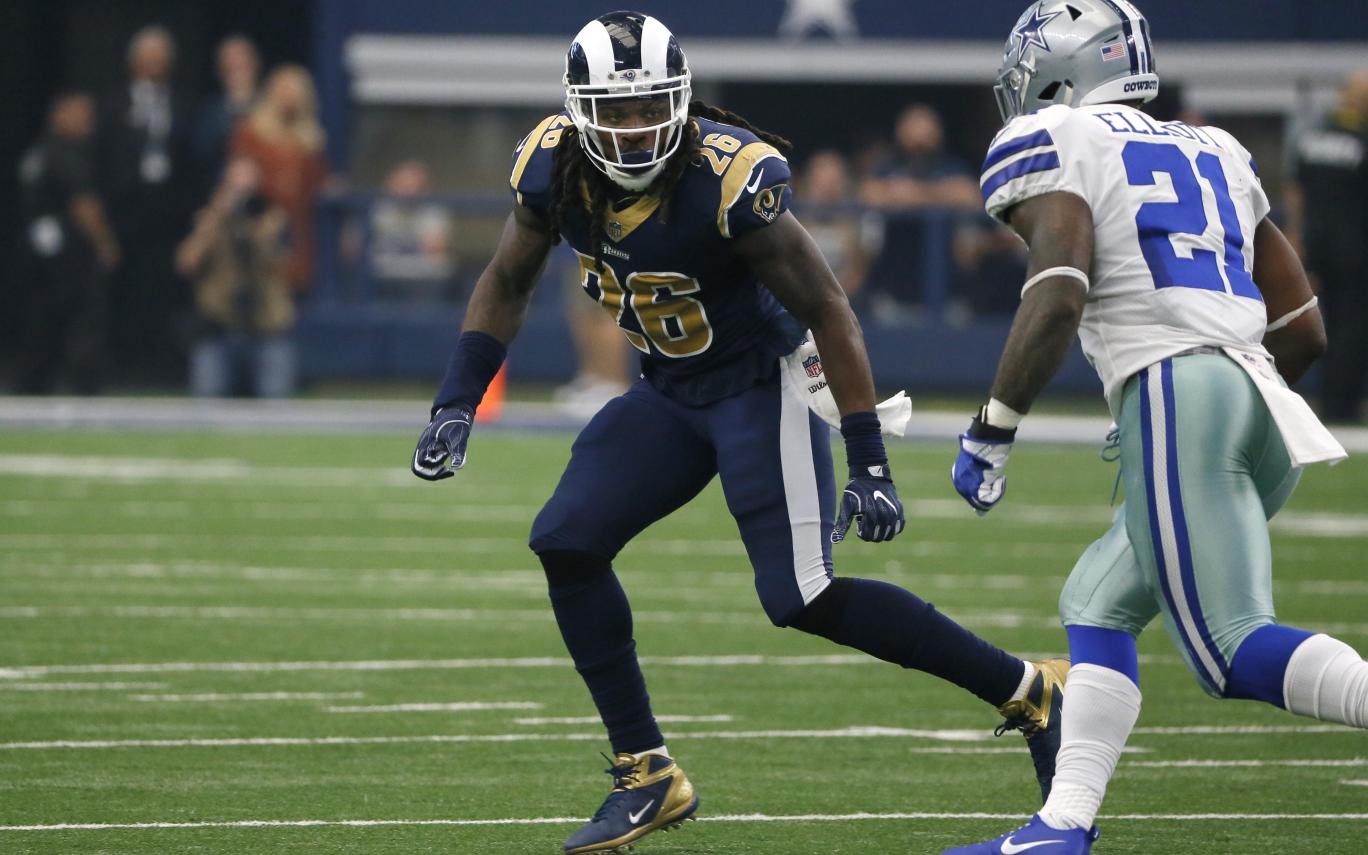 With the NFL Trade Deadline fast approaching on October 30 let’s have a quick look at the Ram’s roster and look at three possible trade candidates.

Throughout his time with the Rams Westbrooks has served as a great situational rusher and handy backup. But with his current draft stock high after a great pre-season where Ethan recorded multiple sack games now would be the perfect time for Les Snead to shop Ethan Westbrooks around.

The 5 year veteran is off contract next year and is slated to hit Free Agency. His current salary for the 2018 season, per spotrac.com, is $1,975,000 which is considered a relative bargain. It could be safely assumed that the Defensive End would seek close to double that or consider walking and signing with someone who would pay him that. With the salary cap becoming an increasing concern in future years it would make sense to be able to trade for a mid-round draft pick who could fill the backup role at a margin of the price. John Franklin-Myers being a great example of this.

What price do you put on talent? Ethan obviously is talented and knows the playbook. He’s ready to go with no up-keep required. You also need to consider Defensive Tackle Ndamukong Suh is set to hit free agency so keeping Westbrooks around might be a good contingency plan going forward.

Jamon Brown has not lived up to the expectations set from the 2015 draft class where Les Snead and Jeff Fisher went all in on a power-running scheme selecting four offensive lineman. Even in the Ram’s winning season last year Brown posted a PFF grade of 52.1 which ranks him 38th amongst players at Right Guard.

Injuries, an arrest and a suspension have not helped his case to stick around on the roster.

With the emergence of Austin Blythe this year it leaves little room for Brown moving forward and with Brown set to hit Free Agency in 2019 now would be the ideal time to try and recoup some of the team’s losses through a trade to a team desperate for Offensive Line assistance.

Offensive Line Coach Aaron Kromer has worked absolute wonders with the line in the two years he has had it. A part of that core has been Jamon Brown. If through coaching and training the Rams are able to turn Jamon into a serviceable Guard then why should we get rid of him? It’s always better the devil you know than the devil you don’t. Right?

The Offensive Line is aging as well. Next year Left Tackle Andrew Whitworth, Left Guard Rodger Saffold and Center John Sullivan are set to turn 37, 31 and 34 respectively. The Rams have drafted well with Joseph Noteboom and Brian Allen who are tediously studying their craft under the proviso that they will one day have to take over the reins of protecting Jared Goff and opening holes for Todd Gurley. But if those players don’t come on in their development it might be worth while holding on to a veteran like Jamon Brown.

Mark Barron was selected as the 7th overall pick in the 2012 draft by the Tampa Bay Bucaneers as a Safety. That didn’t work out for Mark and he has, through a series of events, found himself as an Inside Linebacker on a team that has gone 7-0 to start the season. However Barron has been injured for the majority of those games and it has allowed the likes of Cory Littleton and Ramik Wilson show that they are more than capable of leading the Defense in Barron’s absence.

So far this year Barron has yet to record a pass deflection or an interception.

With Barron accounting for close to a combined $20,000,000 of the team’s salary cap for both 2019 and 2020 seasons and with a chequered injury history now might be the perfect time to go for that trade. Essentially this trade would be more of a business decision rather than a football decision.

This one is simple. When fit, Mark Barron is a game changer. In 2017 through 14 games (some injury affected) Barron came up with 86 tackles, a Sack, 4 pass deflections and 3 interceptions.

If #26’s play on the field matches his salary off it then there will be no question about his place on the roster.