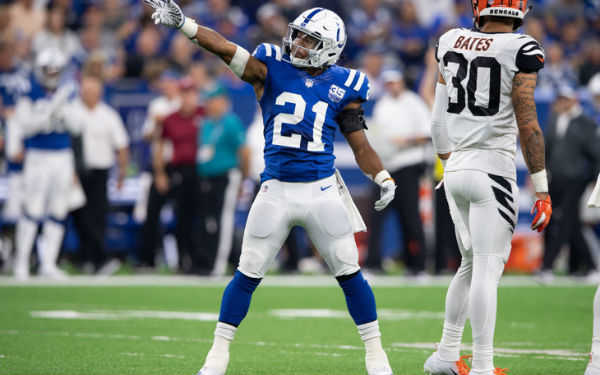 “Any Rams Receiver” basically sums this one up. Cooks, Woods and Kupp have all become startable asset on any fantasy team, and this matchup against the Seahawks shouldn’t keep anyone from starting them. The Legion of Boom is a thing of the past, so any one WR on this Rams team should have a great fantasy outing in Seattle. Especially when Earl Thomas is now out for the season which will only increase the amount of times the Rams take shots down the field.

Cook comes into this week after having a huge fantasy outing against a good Cleveland defense after hauling in 8 catches for 110 yards and 2 touchdowns. His production should only continue as he faces the 21st ranked passing defense. Look for him to continue to be the main weapon in this Raiders offense against the Chargers.

Goff heads into Seattle this week to take on a depleted defense after losing Earl Thomas. Seattle’s defense has only allowed 13.7 points per game to quarterbacks, but look at quarterbacks they have played against: Case Keenum, Mitchell Trubisky, Dak Prescott and Josh Rosen. Nothing to brag about if I were the Seahawks which means Goff and his receivers should dominate in this NFC West rivalry matchup.

Breida wasn’t too hot last week, but he did see over 60 percent of the snaps and is averaging 7.8 yards per touch on the season. The Cardinals have given up eight total touchdowns and an average of more than 37 PPR points per game to running backs so far this year.

Cook hurt a ton of fantasy owners last week as his Hamstring injury kept him limited against the Rams. His workload can only decrease after he verbally told the media that he didn’t feel up to 100 percent. On top of that he plays against a tough rushing defense that ranks as the number 1 against the run.

Mayfield has been a hot commodity ever since he got the start in Cleveland, but he failed to produce with four turnovers in his debut. I would sit Baker on the bench this week against the Ravens, who are ranked the 5th best passing defense and only allow an average of 12.4 fantasy points per game to opposing quarterbacks. Don’t forget that the Ravens have Jimmy Smith returning this week too which only makes this defense better.

Williams has scored three touchdowns in his last three games, though last week’s 2.5-point stinker left a lot be desired. This week’s matchup against the Raiders is tougher than you might think, as their defense has surrendered just one touchdown and a 54.8 passer rating to receivers split out wide. I’d beware Big Mike in this AFC West tilt.

Smith comes off a bye week looking to keep up the solid fantasy performance he has had so far this year. He hasn’t jumped over the 20 point mark this season but has an opportunity against this saints defense that has allowed the 3rd most passing yardage to opposing QBs. Look for Smith to get rolling with his WRs and get Thompson going early and get over that 20 point mark.

Hines comes against the 26th ranked rushing defense in the New England Patriots this week on Thursday night football. Hines has been a great PPR back as he has drawn an average of 5 targets a game and putting up a big 28 point performance last week. His usage has increased over the last few weeks as he has proven a good weapon in the passing game which will only gives him more snaps at RB.