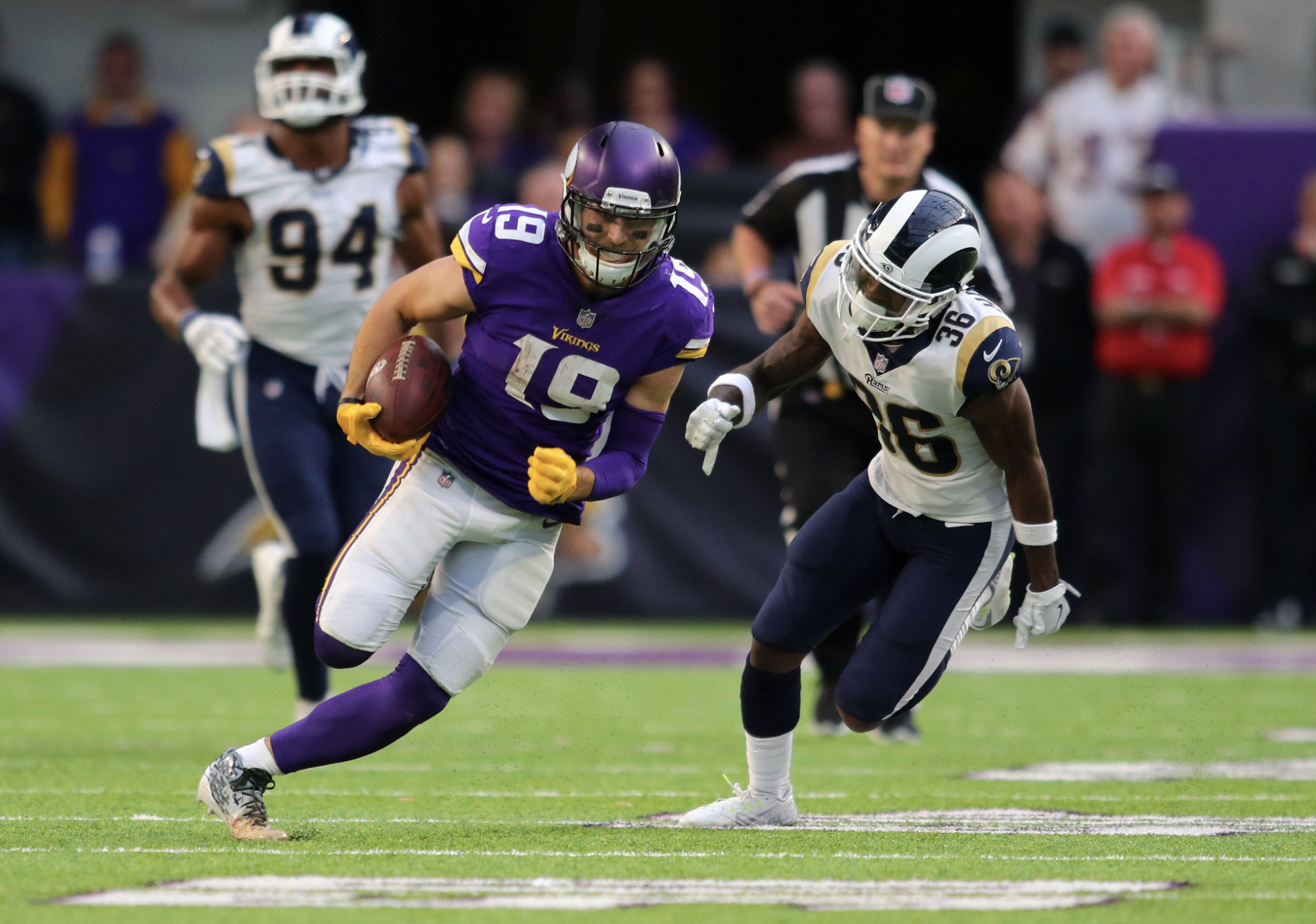 If you couldn’t get enough of Rams football on Sunday, you don’t have to wait long to see them back in action on Thursday night versus the Minnesota Vikings (1-1-1). This is the second primetime game for the Rams this season, and only the first for the Vikings. The Vikings dominated the Rams in last year’s 24-7 route. This time around, the game is in Los Angeles and the Rams (3-0) are clicking on all cylinders.

How do the teams compare statistically?

As one might tell, the Rams have the edge in every category over the Vikings (besides PYPG where they’re tied). The number that sticks out the most is the Vikings’ RYPG (ranked 31st in the league). If this trend continues into the game on Thursday night, the game might be over for them early, just like it was last week against the Bills where they found themselves down 17 only 10 minutes into the game.

Who are the Vikings?

This year’s Vikings team is very different than last year’s team. On paper, it looks like they have improved, but they haven’t gotten anything to click yet. The Vikings signed Kirk Cousins this offseason to replace Case Keenum and they added more firepower to their defensive line by adding Sheldon Richardson. Their first round pick, Mike Hughes, has also looked good. He took his first interception to the house in week one off of a throw from Jimmy Garoppolo. The Vikings also get Dalvin Cook back after he tore his ACL last year. He didn’t play against the Rams last year, and he might even miss this game. If he plays, he could give the Rams fits.

The biggest weakness that the Vikings have is their offensive line. Starting left tackle Riley Reiff allowed 12 pressures against the Bills last week… in one game! That is the most allowed by any lineman in the NFL in a single game this season.

Who are the Rams?

The Rams are the current Super Bowl favorites, as they should be. They have been clicking on all cylinders since the start of the season. All of the whispers regarding the starters’ playing time in preseason have been silenced. Jared Goff is off to a red hot start, and he is entering Thursday night after his best game as a Ram (354 pass yards, three touchdowns, 14 rush yards, one interception). His supporting cast has also been glamorous. Todd Gurley is fourth in the league in rushing yards (255), Brandin Cooks is fifth in the league in receiving yards (366), and Robert Woods and Cooper Kupp are both north of 180 yards. In addition, the offensive line has looked like the best unit in the league. Goff has only been sacked four times and has all day to throw.

The Rams only have four sacks and Mark Barron hasn’t even played a single snap this season. This defense still has a lot of room for improvement, and they’ll have to be on top of their game since Marcus Peters and Aqib Talib will be out for this game and then some.

The Rams got hit with a few big injuries last week. Starting corners Marcus Peters (calf strain) and Aqib Talib (high ankle sprain) will be out for this game. Talib may even need surgery. Sean McVay said that Peters has a chance to play next week in Seattle. Mark Barron (achilles) is unlikely to play, again. There really isn’t a timetable for his return. JoJo Natson (hand) had surgery this week and will miss this game. Just like Peters, McVay says he has a chance to play next week against the Seahawks. Things don’t look up for Dominique Easley (knee) this week. He has battled multiple knee injuries during his career so the Rams are handling this with caution. Greg Zuerlein (groin) will miss his third consecutive game.

The Vikings have a few key injuries as well. Dalvin Cook (hamstring) didn’t play last week, and his availability is 50/50 this week. Cornerback Trae Waynes (ankle) left last week’s game in the first quarter and did not return. His status for Thursday is murky.

The Vikings also have a strange development involving star defensive end Everson Griffen. Griffen supposedly tried breaking into a teammate’s home (Trae Waynes). That report has been shot down, but that’s not the only debacle that Griffen is involved in. He reportedly said that he would shoot up a Minneapolis hotel, per FOX9 and KSTP-TV. Griffen has since been ordered to undergo a mental health evaluation. He will be out for this game. He missed last week’s game with a knee injury.

Keys for the Rams to win

1. The secondary must step up: Sam Shields and Troy Hill will step in for Marcus Peters and Aqib Talib in their absence. The Rams could also bring up Dominique Hatfield from the practice squad for depth. Nickel Robey-Coleman will also have to keep playing at a high level.

2. Get to Cousins: This key to winning goes hand-in-hand with the previous one. If Aaron Donald, Ndamukong Suh, and Michael Brockers take away Kirk Cousins’ time to throw, they will be helping out the secondary a ton. The Rams only have four sacks on the season, they need to step it up big time this week.

3. Strike early: The Vikings found themselves in a 17-point hole against the Bills last week only 10 minutes into the game and they were unable to develop anything that resembled a comeback attempt. If the Rams took an early lead, the Vikings good be doomed for a repeat of last week.

2. Brandin Cooks will score his first touchdown as a Ram.

3. Lamarcus Joyner will get his first interception on the year.

With Marcus Peters and Aqib Talib out, it sounds like Rams fans are a little nervous of what the secondary will do on Thursday night. DO NOT forget about Lamarcus Joyner and John Johnson III. Both have played very well this season and they will still give the Vikings a difficult time.

The Vikings could be hungry after their embarrassment on Sunday, but they could also lack confidence, especially against the current best team in the NFL. The Vikings are also dealing with a dilemma involving Everyone Griffen, and they have to travel 1,500 miles to Los Angeles in a short week. I don’t think it will be close…