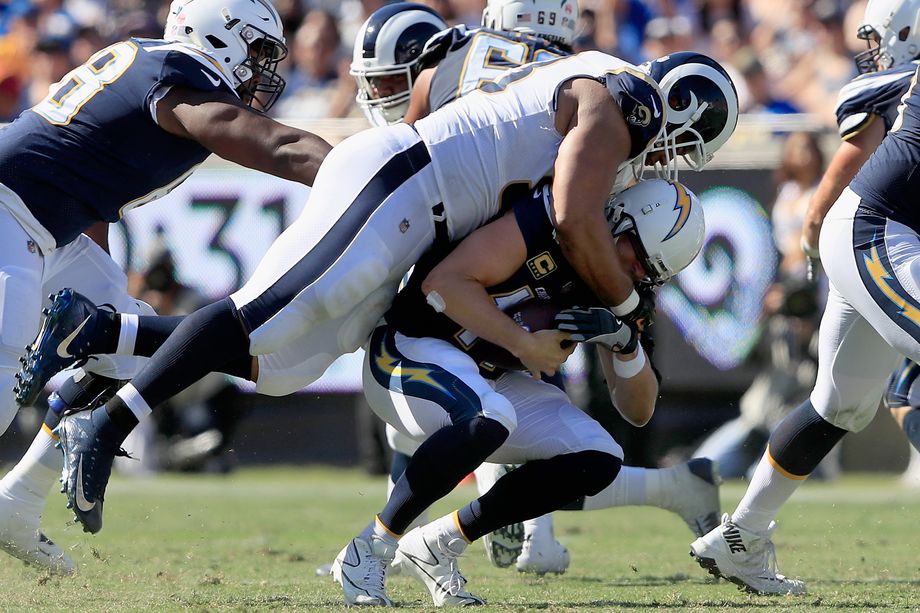 The Los Angeles Rams are still undefeated. Facing a tough Los Angeles Chargers team was seen as a litmus test and the Rams handled it well. Although the Rams lost a few key players to injury, they were still able to get key stops and kept the fire lit offensively. Here are a few observations from the rest of the NFC West Division heading into week four.

The San Francisco 49ers took a big hit in a tough loss to the Kansas City Chiefs. Quarterback Jimmy Garoppolo took a hit running down the sideline in yesterday’s game. Consequently, he is out for the year with a torn ACL. The 49ers had a lot invested in him both financially and talent wise. Backup quarterback C.J. Beathard has started five professional games, has a 54.9 percent completion rate, four touchdowns to six interceptions, and owns a 1-4 record. Although those numbers aren’t great, it is a small sample size and Beathard remains a relative unknown.  The team also lost running back Matt Breida with an apparent knee injury. The 49ers looked better this week against a tough Chiefs team, nearly mounting a comeback but losing in the end. Even still, this is a huge loss for a team looking to compete in a tough conference. If the 49ers saw this as a rebuilding year, they’ve just been set back a year.

Cardinals look to their future quarterback

The Arizona Cardinals have named Josh Rosen the starting quarterback. Rosen took over for quarterback Sam Bradford after he completed 13 passes for 157 yards and two touchdowns with two interceptions. Bradford wasn’t the worst part of this offense, however. With the game on the line, the offensive coordinator made a mind boggling decision to hand the ball to running back Chase Edmonds instead of running back David Johnson. Johnson, however, did not fare well against the Chicago Bears defense that held him to just 31 yards on the ground. All in all, the team lost their third straight and decided to go with their rookie quarterback next week. Rosen was four of seven for 36 yards and one interception.

Seahawks have made strides on both sides of the ball

Although the Seattle Seahawks faced a struggling Dallas Cowboys team, they came away with a victory and looked a lot better than weeks passed. The defense came away with five sacks and two interceptions and the offense rushed for a combined 114 yards. Safety Earl Thomas accounted for both interceptions and running back Chris Carson accounted for 102 of the total rushing yards. Russel Wilson was only sacked two times after having been sacked 12 times in the previous two games, he also threw two touchdowns. This team may not be the legion of boom any longer, but they were improved this week in their quest to be competitive.

The Rams future is still bright and the picture is starting to become clearer after week three. There may be some shake up at the number two spot with Jimmy Garoppolo out and the Seahawks seeing some improvement, but the Rams are the clear team to beat in the division.