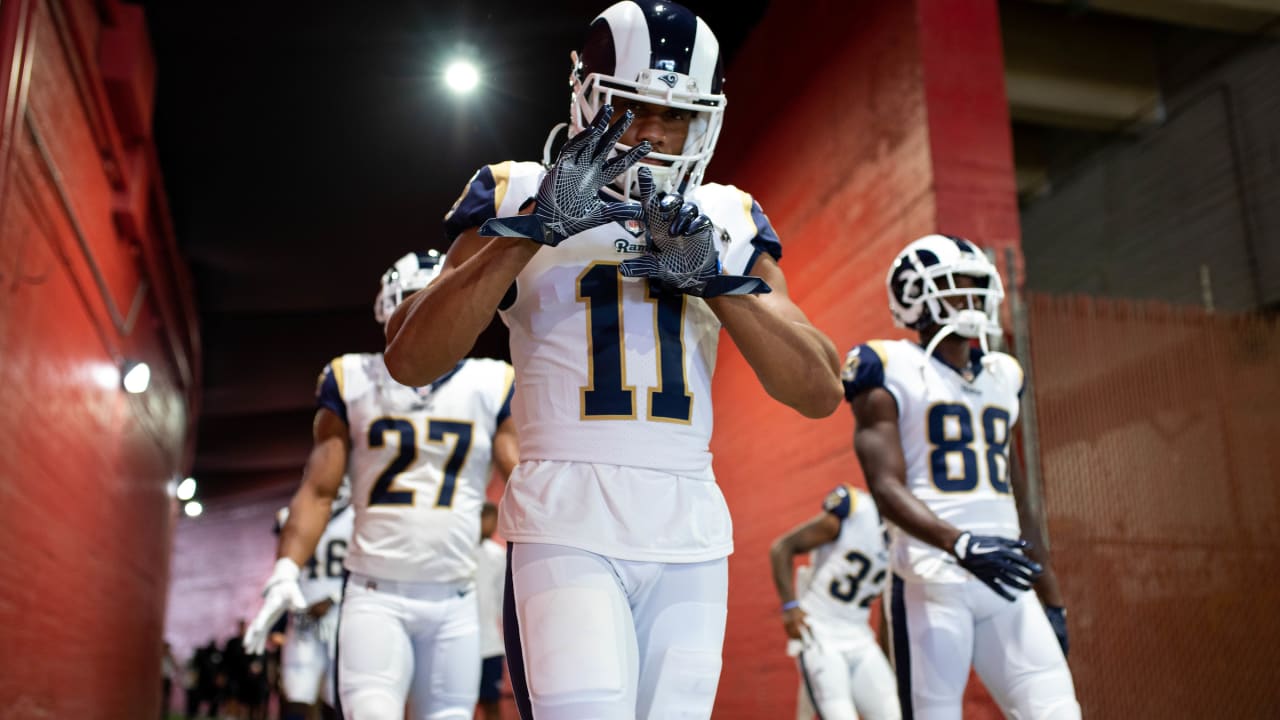 After a wave of moves yesterday, the Rams filled their spots on the practice squad and active roster.

Los Angeles has promoted WR KhaDarel Hodge from their practice squad. Hodge was one of the bright spots in preseason that practically just joined the team before the preseason opener. The former UDFA out of Prairie View A&M impressed with his ability to separate, attack the ball at it’s highest point and finish in traffic. Although, Hodge will likely be filling in a special teams role for injured Mike Thomas who was placed on Injured Reserve. Joining Hodge onto the active roster is the former 17-game starter of the 2017 L.A. Rams, Jamon Brown. Brown was suspended by the league for two games but he will be back and ready to go. The question remains, will Brown take over his spot as the starter at right guard? Austin Blythe is listed as the fourth highest-graded guard per Pro Football Focus and the film only reinforces that Blythe should be the guy moving forward. Still though, the Rams have a legit starting talent in Brown who might have to sit the bench and be their sixth-man. That’s what you would call having depth.

Yesterday, the Rams waived practice squad QB Luis Perez and former sixth-round pick TE Temarrick Hemingway. It appears that in their place the team has signed QB Brandon Allen who was waived yesterday from the active roster. Following that move, with the last practice squad spot remaining, the Rams have brought back preseason DE Marcus Martin who leads division one NCAA football all-time as their sack leader.

It’s uncertain how long someone like Hodge will stay on the roster but as the season rolls along the Rams will figure out who is staying, who is going and also find out who will survive the long grueling season in their quest for the franchise’s fourth Super Bowl appearance.