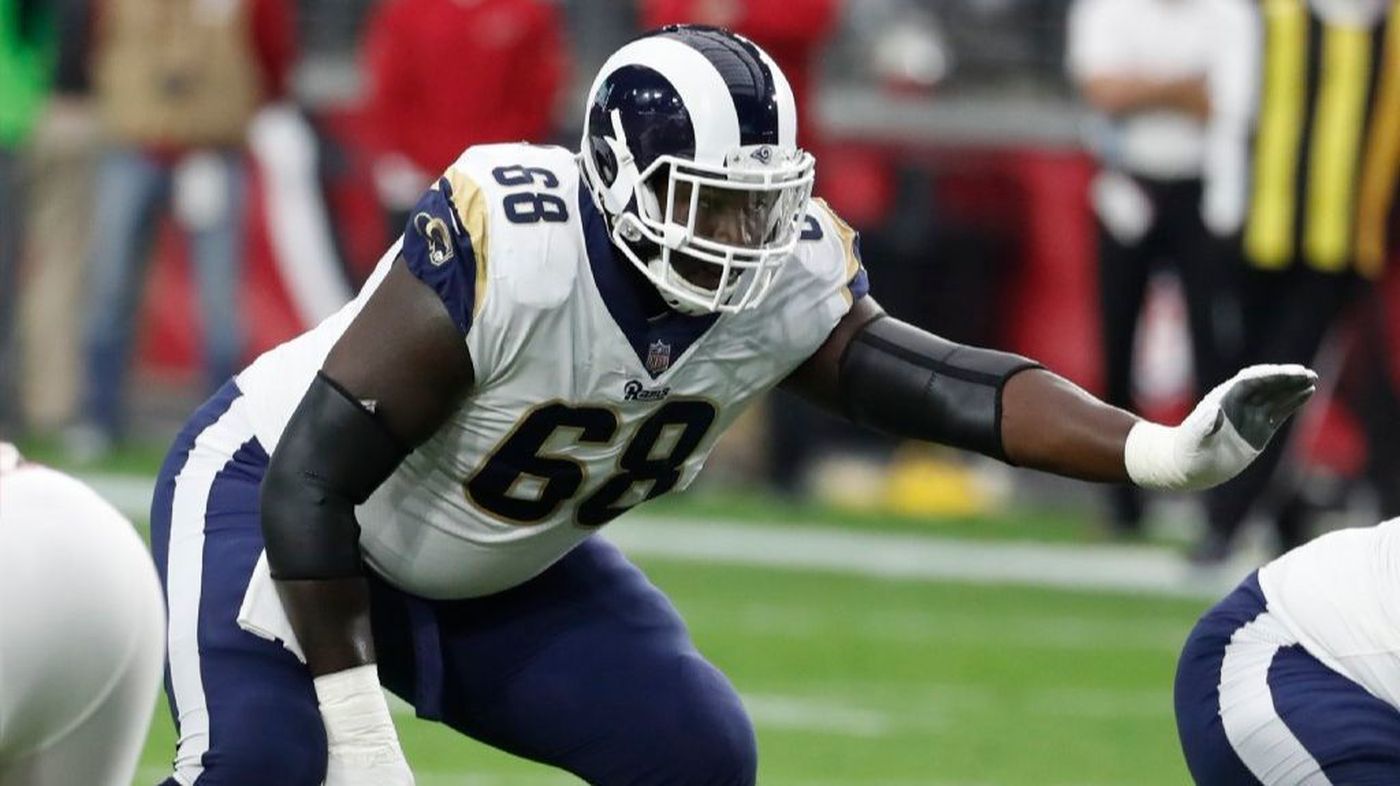 The Rams did some reshuffling this Tuesday after making multiple moves ahead of their week three game versus the Los Angeles Chargers.

The team announced roster moves to waive UDFA QB Luis Perez and former sixth-round pick TE Temarrick Hemingway from the practice squad. Perez took a few snaps at the end of the last preseason game where as Hemingway is someone the Rams liked a lot based on his potential, but ultimately was slowed by his serious leg injury that ended his 2017 campaign. Depending on injuries, these two could be on a short list to return to the practice squad but for now the Rams appear to be going in a different direction.

The former 2017 UDFA out of Western Kentucky was signed today to the Rams practice squad after coming in and working out for a spot with other offensive linemen: Ian Silberman & OT David Steinmetz. Williams Jr. is a former San Francisco 49er who spent time last year on their practice squad until he was eventually called up to the active roster. Unfortunately for Williams Jr. the 49ers OT Garry Gilliam finished ahead of Williams to end the preseason and so Williams was cut. Williams has the measurables to play tackle, although many believed that a move inside to guard would better suit the former Hilltopper. The Rams could have something here in Williams, he didn’t take long to make the 53-man roster as a UDFA in San Francisco and likely was cut due to how far behind he got after battling injuries during the off-season. Now, fully healthy, one can assume the Rams liked what they saw in Williams workout and he will be someone to watch for in case anyone goes down. The Rams are very thin at the tackle position.

The Rams followed up their practice squad moves with the waiving of QB Brandon Allen who the Rams got last year via the waiver wire and SS Isaiah Johnson who originally came from the Detroit Lions and was snatched up onto the Rams practice squad in 2016. Both are likely to clear waivers except that Allen, a year ago, had three teams put in claims for him according to Tom Pelissero. If Allen clears waivers, it’s likely the Rams will use their last spot on the practice squad for the former Razorback.

RAMS HAVE TWO SPOTS REMAINING ON THE 53-MAN ROSTER

Jamon Brown started 17 games last year including one playoff game, he improved upon his early career play and now he’s on the outside looking in on his starting spot that has been temporarily filled by emerging guard Austin Blythe. Regardless of whether Brown starts or not, he’s coming off the suspension list this week and the Rams are ready to bring him aboard. He’s a roster exemption at the moment but the Rams do have to place him on the 53 or let him go and that’s not likely. One of the two active roster slots will go to Brown who will provide an NFL quality starter or a great backup offensive guard for this roster.

The Rams waived Jamil Demby right before the game this past Sunday in order to try and sneak him onto their practice squad. The Senior Bowl standout out of Maine unfortunately was picked up and placed onto the active Detroit Lions roster. It looked as though the Rams may have lost Demby but then on Tuesday, Demby was waived and while he will still have to go through waivers, the Rams are in position to bring back their sixth-round pick they got cute with and ultimately lost last week.