The Good, the Scary and the Gurley: Rams Vs. Cardinals 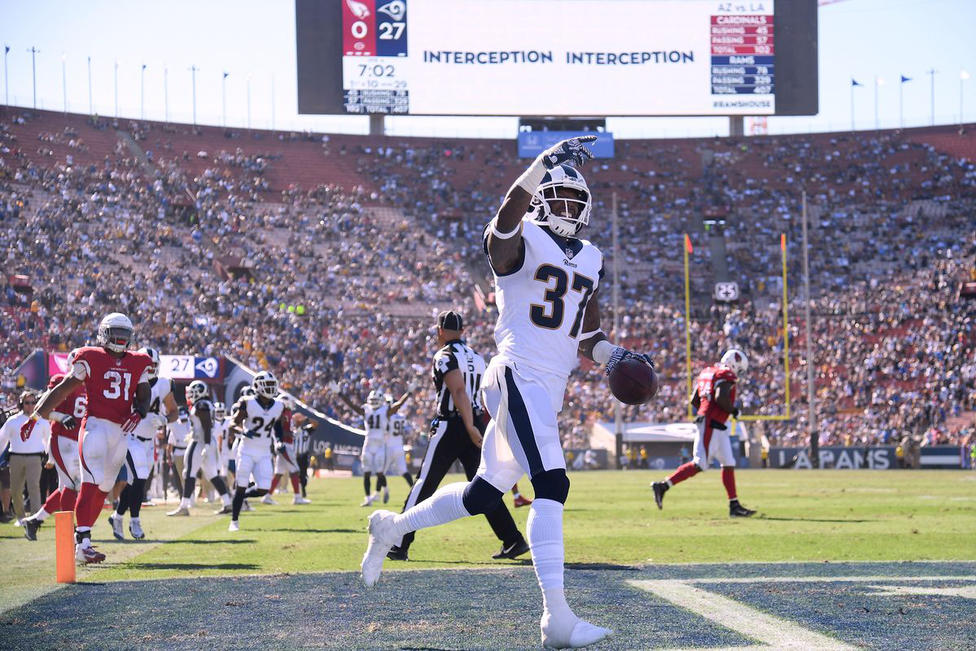 In the wild wild (NFC) West you’ve got to be strong to survive and on a warm Sunday in Southern California the LA Rams proved too good for their rivals the Arizona Cardinals in a 34-0 shutout win.

As the Cardinals head back to the desert with their tails between their legs I take the time to look at who performed well in this second win of the season and point out a couple of tendencies that I noticed during the game. 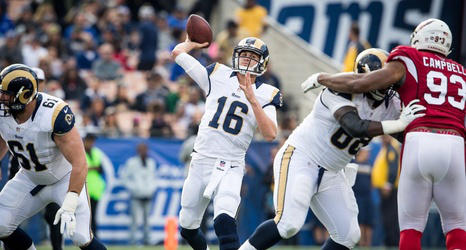 Jared Goff in true Western, gunslinger style, led the offense with precision passing for 24 completions from 32 attempts, 354 yards a touchdown and an interception.

The interception was nearly forgivable. It came after Goff evaded a sack by shrugging a would-be defender and then rolling out to the right and putting a ball out in front of his wide-out for what would have been a thrilling touchdown to Brandin Cooks only for Cornerback Patrick Peterson to show why he is regarded as one of the best defensive backs in the league by making a diving interception that would will rank well on his distinguished career highlight reel.

The one blemish aside Goff was a field general today who made the right throws at the right time. He was helped however by another excellent performance from his offensive line who gave him time and space to enable him to find his wide receiving corps.

Also making his Ram’s Debut JoJo Natson supplied some great field position racking up a nice average of 22.2 yards per punt return including a breakaway 60+ yard return which allowed Goff to lead the offense down the field for their second touchdown of the game.

Over two weeks now we have seen some similarities in the way opposing offenses are attacking the Ram’s daunting defense.

Teams are avoiding throwing to the outside against corners Aqib Talib and Marcus Peters. They are also getting rid of the ball really quick.

Basically teams are scared of the Ram’s defensive unit.

Each Quarterback has a mental clock in their head to know when they should get rid of the ball. Against the LA pass rush that clock is being accelerated. Suh, Brockers and Donald make it impossible for Quarterbacks to sit in the pocket and scan the field. Being rushed and throwing in the directions of ball-hawks Peters or Talib is not advisable so quick short passes over the middle have been how teams have attacked the Rams.

It hasn’t worked. With six straight quarters of football where the Rams have kept oppositions scoreless we might not have seen a Donald or Suh sack just yet but that’s most probably because the teams playing against the Rams are so scared of that happening their whole game plan revolves around getting the ball away before that can happen.

So we might not see the sacks, but as long as we keep the pressure on the Quarterback and the points off the scoreboard that’s all that matters for now. 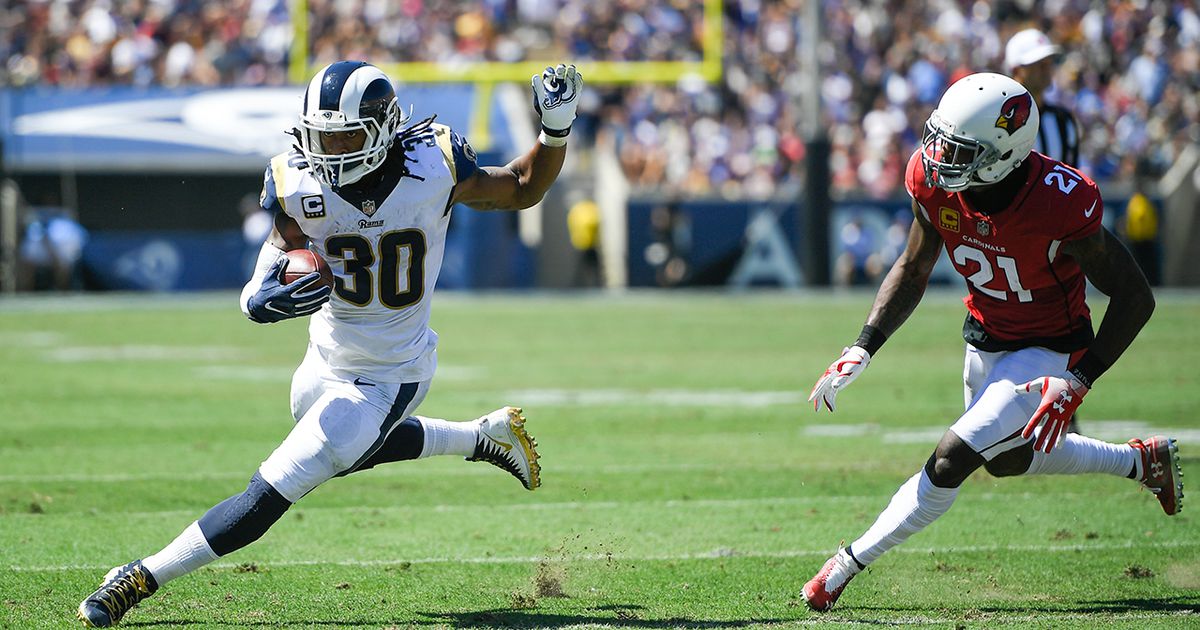 Todd Gurley left mid-way through the third quarter after suffering from muscle cramps but he had already left his mark on the game scoring three touchdowns, two 2 point conversions and amassing 73 yards of scrimmage in what was another dominating performance.

Gurley is a class above in his physical abilities but showed today that he knows how to win and he is a team player.

In his post match interview Todd was heard saying that he told his receiver group “I’ve got a bounty on my head today” and he was happy to for them to take the lead throughout this game to get the win.

He knew every time he would move the rock that he was going to be coming up against a stacked line. Something he got to experience in his second season with the then St Louis Rams when teams stacked the line of scrimmage to stop the reigning Rookie of the Year and dare the Rams to throw the ball. At that time the Ram’s offense didn’t have weapons available to help out Todd Gurley and he suffered. The whole team suffered.

Today we got to see what happens when teams try with all of their power to try and stop Gurley from dominating in 2018 and it was fun to watch. 159 yards for Cooks, 81 yards for Woods and 63 yards for Cooper Kupp. The defense was spread thin and with so many capable weapons on the roster the Rams punished the Cardinals to the tune of 34 points.

Despite all their efforts to stop the reigning Offensive Player of the Year, Gurley still accounted for 16 of those 34 points.