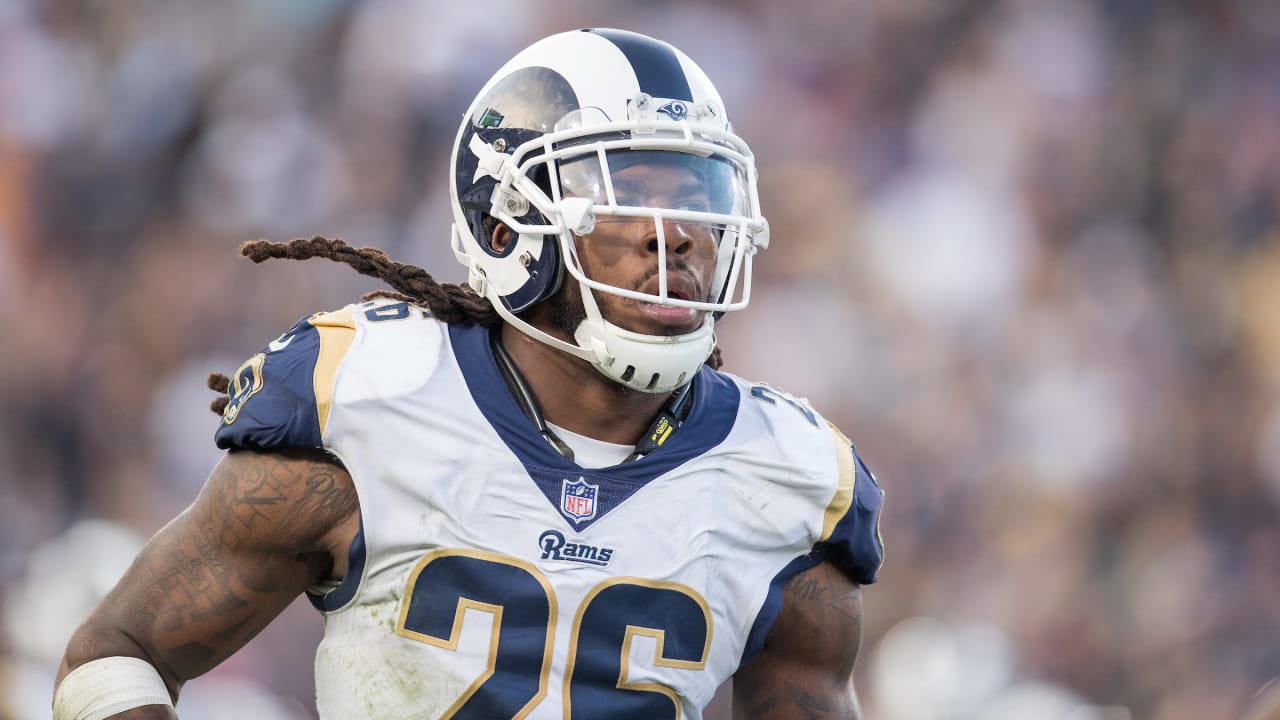 This week’s matchup against the Arizona Cardinals is the second week of the LA Ram’s 2018 Superbowl campaign and on paper it doesn’t present much of a challenge. However as we all know if you don’t turn up focused and prepared that anything can happen in the NFL, just ask Green Bay and New Orleans from last week.

So in preparation for this week’s game I will go through three Rams players that you as a fan should keep an eye on that have an interesting storyline for the Rams. 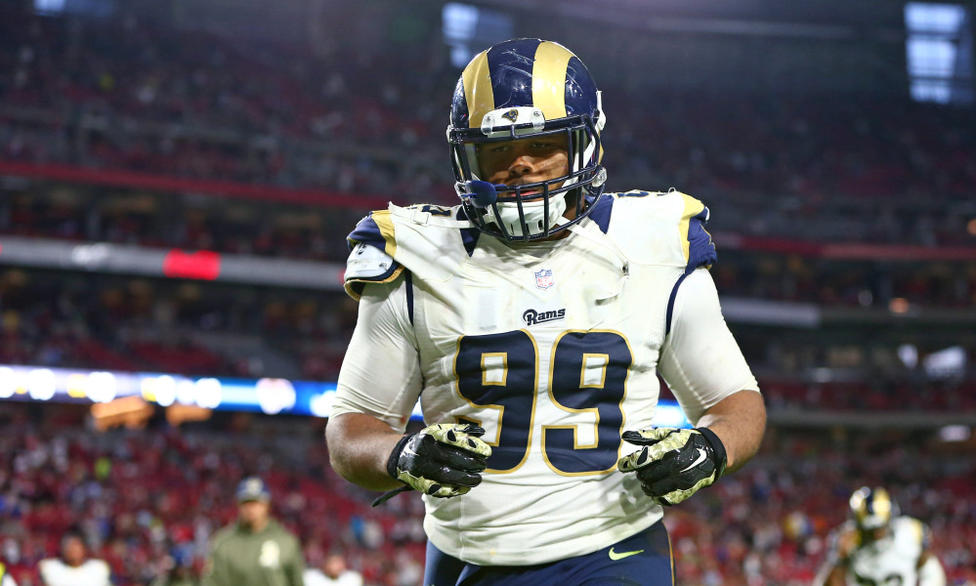 AD99 last week provided some pressure and his presence was definitely felt against the Oakland Raiders as he was a handful to manage. But managed he was, ending the game with a stat-line of only a single tackle. Out of character for the reigning Defensive MVP.

Sure he did have a sack on Derek Carr overturned due to a roughing the passing penalty which removing my Ram Horn sunglasses, was probably a fair call.

It may be a case of Donald being slightly underdone after sitting out the pre-season activities while holding out for a contract extension. But now he has that extension and he is back practicing with the team he will be under enormous pressure to perform.

You could see the frustration in Donald as he would often get into a pushing a shoving contest long after the play was called dead and it’s that passion and drive to compete, the guy hates losing, that makes me scared for former Ram Sam Bradford this week.

Sam, the current starting Arizona Cardinals QB, is anything but a mobile QB and with a frustrated Donald coming off a short turnaround after a Monday night game I expect some carnage. Add to that the question marks about the Card’s ability to protect their QB after allowing Bradford to be sacked twice last week against the Redskins.

I’m looking forward to watching Donald having a bounce-back game and fill out the stat-sheet. 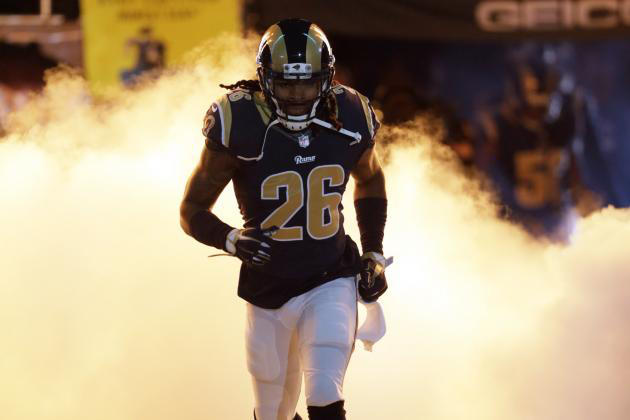 Barron sat out the week one contest still recovering from multiple off-season surgeries but early indications are for him to return in this game, in some capacity.

Against Oakland, Cory Littleton played 100% of defensive snaps as the primary play-calling ILB. Ramik Wilson starting opposite Littleton in what would presumably be Barron’s spot once healthy only stood in for 47% of the defensive snaps.

Coach Wade Phillips sought to get better protection against Raider’s Tight End Jared Cook and would bring Safety John Johnson up into the line and bring Marqui Christian on at the back who played for exactly 53% of the defensive snaps. Making Christian a straight swap for Barron on sub-packages.

This dynamic is slightly different to how we should expect to see Barron when returning and if fully healthy as Barron should be on the field for 100% of the snaps or close too. Originally drafted in the first round of the 2012 NFL draft by Tampa Bay Bucaneers as a Safety, the Bama product converted to Linebacker still displays excellent skills when covering the pass.

I think the formations to watch here will be if Barron takes the field this week against the Arizona Cardinals in what role will he take and how will the coaching staff share the load between the players on the roster. 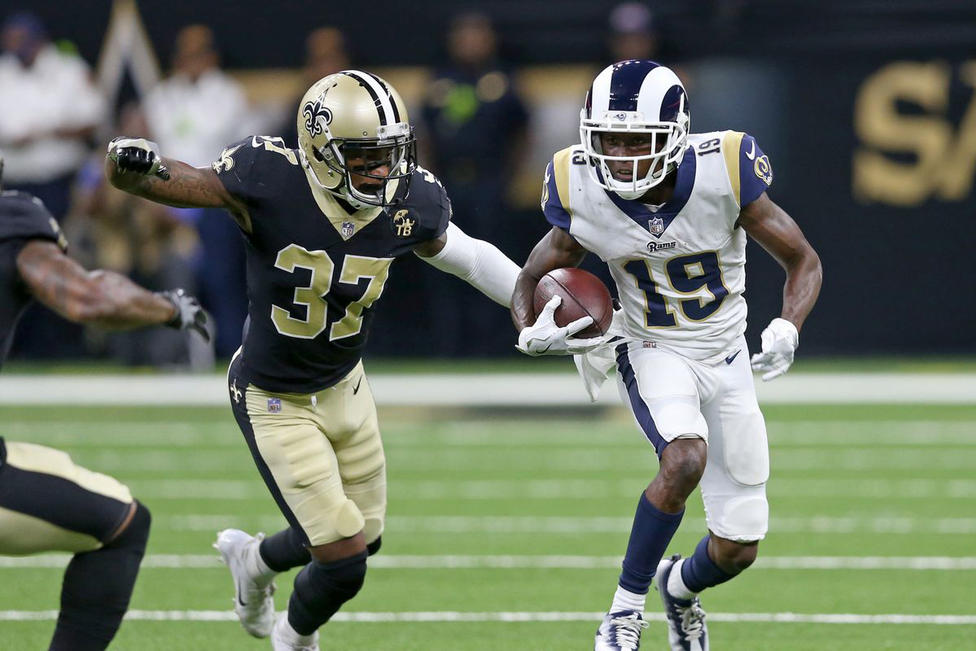 One of the star performers of some extremely dull pre-season games, JoJo Natson has been given an early second chance after injuries to both specialist kick returners Pharoh Cooper and Michael Thomas have opened a window for him to be re-signed to the team.

Wide Receiver Natson, who in his limited opportunities in the pre-season often impressed with his punt and kick returning skills will join the team and look to contribute straight away. In his four games Natson’s longest punt return went for a nice little 29 yards where his average was 11.1 yards per punt return off of nine attempts. When returning the ball from the kickoff, which he did fourteen times, Natson averaged a nice 24.4 yards per return.

Keep in mind these games are glorified exhibition matches so some of these returns would most probably be called for a fair catch or a touchback but in an situation where you have to take every opportunity to create some film so that an NFL team might sign you, you run the ball back even in possible situations where you might not. Basically what I’m saying is that those averages would potentially increase if given the opportunity to play the NFL and play safer.

With an Arizona Cardinal’s offense that is struggling to get going against a Ram’s defense which caught fire in the second half against the Raiders I expect JoJo to get ample opportunities to show some of that big-play ability from one of the many predicted punt returns.

With Pro-Bowler Pharoh Cooper placed on the Injured Reserve list Ram’s fans should take note of your new returner as he may be filling this position for a while.