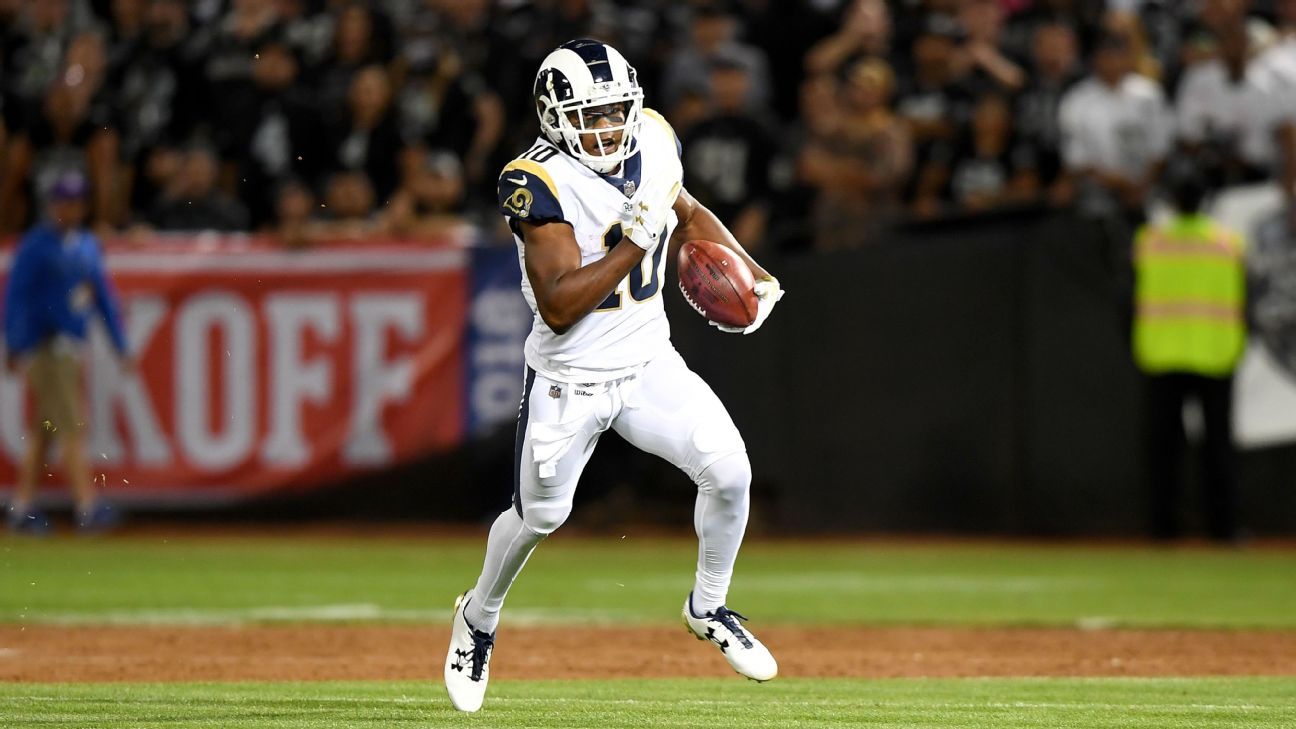 After returning 3 kickoffs for 75 yards and 2 punts for 12 yards in the season opener against the Raiders, Pharoh Cooper reportedly suffered an ankle injury on his last punt return, ending his night early as he almost immediately was taken to the locker room. Ian Rapaport then reported Wednesday that the Rams placed Cooper on IR, but could return this season.

Cooper was a Pro Bowler as a dynamic return specialist last season, averaging 27.4 yards per kick return, and 12.5 yards per punt return. He ended his season on a bit of a down note, struggling to handle a few punts in the Playoff matchup against the Falcons.

Primed for another big season as a returner, and potentially a larger role on offense, Cooper will have to wait until he is healthy to return to the 53 man roster, which is expected to take at least 6-8 weeks.

With backup return man Michael Thomas also going down on Monday night with a groin injury, the Rams brought back energetic WR JoJo Natson, who was with the team in the preseason. Natson is expected to assume the return duties immediately.