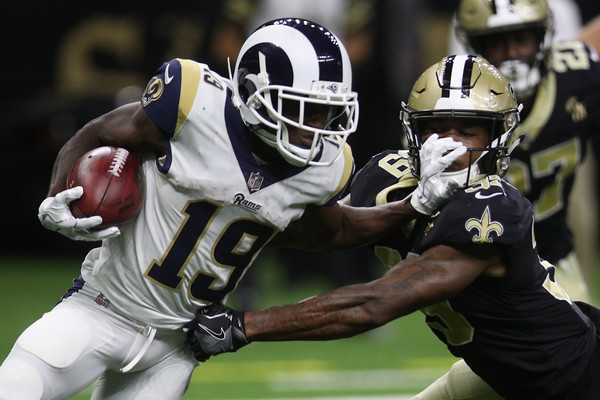 The Rams had the unfortunate news of Pharoh Cooper, who is arguably the best return man in the league, going down with an injury on Monday night against the Raiders, and is reportedly being placed on Injured Reserve. Along with Cooper, the Rams also lost backup returner Mike Thomas

JoJo Natson has resigned with the Rams according to Ian Rapoport to likely assume the returning role. It was an uphill battle for Natson who performed extremely well but couldn’t surpass Pro Bowl returner Pharoh Cooper. Now, Natson has a massive opportunity to take over as a the returner with Cooper now out.

In the preseason, Natson assumed the majority of the return duties, and flashed his return ability in every game. He averaged 24.4 yards per return on kickoffs, and 11.1 on punts, with longs of 31 and 29, respectively.