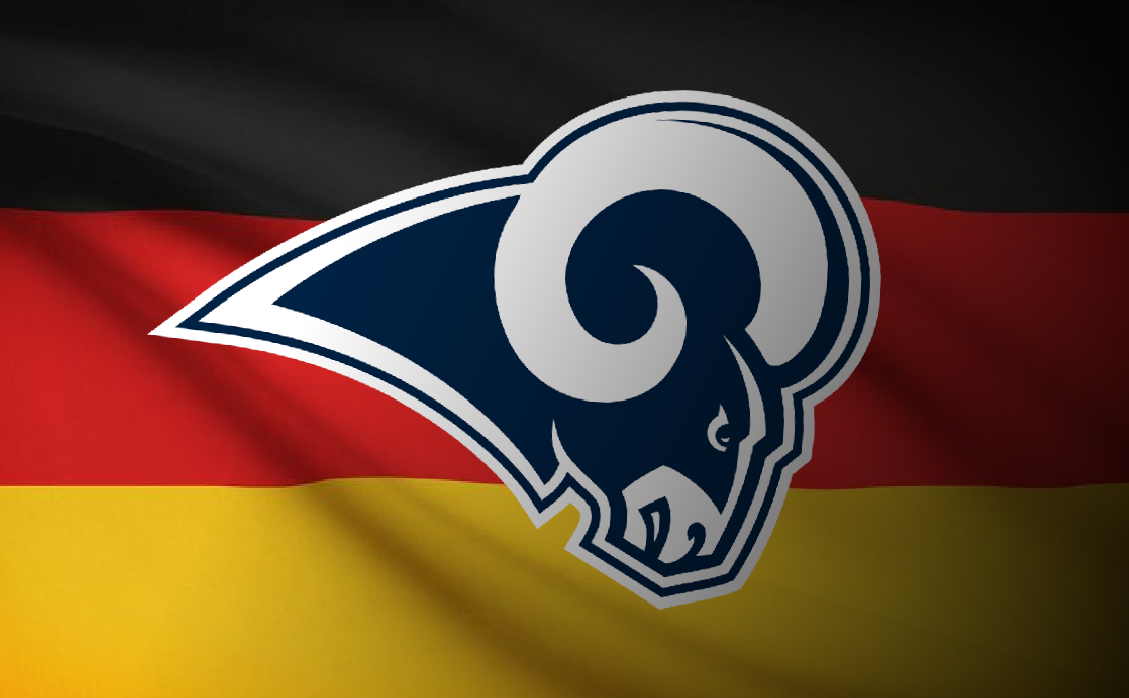 We have arrived. The first week of the 2018 NFL season has begun. During these final days before the Rams opening kickoff on Monday night, I wanted to share something different.

On the first installment of this series I am very excited to profile the eternally loyal Rams fans from Germany.

Their submissions were far reaching from all across the country. Their access and time acquainted with the NFL varied. Many had become fans in recent years as streaming services are ever more efficiently delivering American sports and entertainment to the globe.

Luca from Hamburg writes: “I watched the Dude Perfect NFL kicking edition with Johnny Hekker and Greg Zuerlein on YouTube and immediately fell in love with my team. That was about 3 years ago. I have watched every snap of our Rams since then and even started playing football for my hometown.”

Thomas from Burkardroth shares a similar situation. He also discovered the Rams through an entertainment channel: “Loved the logo and colors to be honest. That’s when I first started liking them, but the show Hard Knocks made me a real fan.”

Before I go on, let that sink in. Although the American NFL fan base is massive and diverse, it is not uncommon to hear stories of family tradition. At minimum football is built into our culture. But in Germany we see football as a digital sensation. I find this technological seeding of a new fan base to be fascinating because we knew it was coming and it’s happening before our eyes.

I also heard from-let’s call them old school Ramily. They fell in love with the game much like everyone does but in unconventional circumstances.

Alex from Munich, who has done a fantastic job connecting with Rams fans on Twitter shares this epic: “August 1986, my first time in the US. I had no clue about football. My friends took me to a preseason game at Anaheim Stadium. The LA Rams lost to the Houston Oilers but I liked the Rams.The team’s name sounded great and the uniforms were just dope I also have a soft spot for underdogs. I bought my first Rams cap there.”

Luis in Frankfurt was to the point in describing his discovery. He said it was “Watching Steven Jackson run.” I’m sure we all relate.

Michael in Munich had a friend who had been an exchange student in America. He says in 1988 his friend returned to Germany and brought an American football with him. He confesses “I also liked the Bengals… but the Rams were my friends team.”

He writes about a time when he and a group of people were all able to watch a 30 minute segment of NFL highlights: “It was the Rams losing against those damn 49ers. A lot of people liked the whiners but I choose the Rams with the cool QB, Flipper, Ellard, and Green and never looked back. I suffered with them until 1999! And then again” …until now hopefully.

So now that we have all these Rams fans in Germany, how do they watch games? We are all familiar with Gamepass and it is overwhelming the primary mode of viewing. DAZN, a live and on-demand American sports streaming service is also utilized across the world.

So here’s where we draw a line. On Sundays we roll out of bed, have ourselves a nice morning, and fire up the pit. We enjoy a refreshing Sunday afternoon and the fellowship that is football with our friends and family.

This is where the struggles begin for an international fan. Often, our morning games begin at 7pm their time. A game such as the upcoming Monday Night Football in Oakland will kickoff at 4:30 AM.

But even still, Germans are premiere smokers and BBQers who are no doubt enjoying their fair share of links on game day.

Although the NFL is making headway in Germany, some fans still live in football isolation. Watching games without a ritual, in midnight hours, with a Monday morning work shift ahead of them, where some coworkers may not understand why they would stay up all night to watch this sport.

So it is endlessly important to remember why the International Series played in London means so much to so many across Europe. It is their one and only narrow opportunity to experience not only live football, but the privilege to be seated with tens of thousands who understand them.

I urge you to make an effort not to curse a London home game being assigned to the Rams and to reach out to our Ramily in Germany on social media. Let them know we see them.

In closing I will share some of my favorite quotes and a special thank you to those who took their time to participate.

Their favorite players on the roster:

What do you do on game day:

“Sit in my own room, no kids, no family, just laptop and Gamepass.” –Michael

“Turn on the TV at 3pm for NFL Morning on Gamepass, then I start the BBQ” –Sven

On the challenges they face as NFL fans in Germany:

“There’s only a small Rams fan base here. Most fans root for perennial winners like the Patriots or big brands like the Giants.”

“To be able to follow your favorite team permanently, you gotta have NFL Network and all kinds of social media accounts, TV is just not an option here.”

“The late games, when you have to work the next day. But my boss understands when I’m taking a day off, because the Rams game starts at 4.30 a.m.”

“Buying Fan gear is hard, NFL Shop Europe’s range reminds of a communist country in the 80s, you always have to order from the US.”

“…and you’re always excluded from prize competitions and giveaways, because it’s always limited to US citizens. Europeans are people, too!” –Alex

If another team moved to Europe would you switch allegiances:

Thank you to the many great fans of Germany who participated. Hopefully we are in the earliest stages of closing the gap between American and international fans.