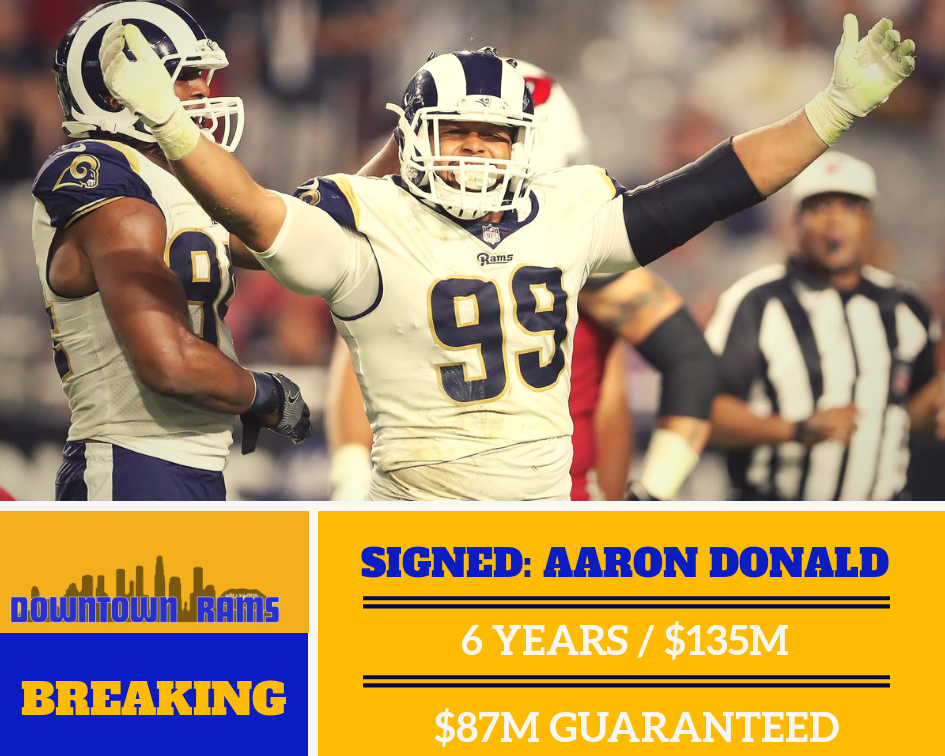 The Rams and Aaron Donald have finally reached an agreement on a six-year contract extension, Adam Schefter reported earlier this morning. The deal guarantees Donald $87 million, with a signing bonus of $40 million, making this the richest defensive contract in NFL history. This means Donald will be putting on the horns for the next seven years.

Donald, in his four years with the team, has tallied up 39 sacks, nine forced fumbles and been selected to the Pro Bowl every year. Donald won the NFL’s Defensive Player of the Year award this past year and Pro Football Focus ranked Donald as the highest rated defensive tackle in the league in 2017. The Rams organization and Rams fans know Donald is worth every penny.