Rival Roster Preview: Keep Your Cards Close to Your Chest 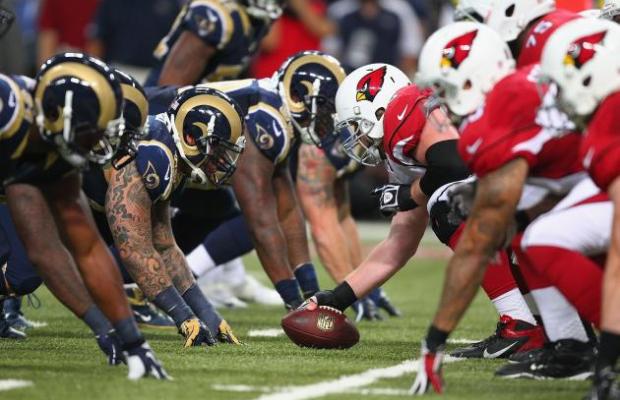 Ten years on from the amazing Superbowl XLIII where the Arizona Cardinals lost with only seconds left on the clock to the Pittsburgh Steelers and The Cards are not predicted to enjoy the same success. However all is not lost as the team has some young talented players on their roster which will ensure some entertaining games.

Offense
Arizona say good bye to long time servant to the club; Carson Palmer. LA Ram’s fans will know the new leader of the Cardinal’s offense well as Sam Bradford looks to run out in the NFC West again. Say what you will about Sam in my opinion he is an above average QB who if kept clean and given a solid running game to work with can be effective.

Last year before he was once again injured and replaced by Case Keenum at Minnesota Vikings (funny how history repeats itself) he had begun to show his true potential. In 15 games in the 2016 season Bradford through 3,877 yards and 20 touchdowns with only 5 interceptions with a team that he hadn’t had a full preseason with. He was also named NFC Offensive Player of the week in the opening round of the 2017 season before having to once again go under the knife foe another knee surgery.

Given Bradford’s injury history the Cards were not confident in having Sam as their long term solution and at number 10 in this year’s draft selected the UCLA firebrand Josh Rosen.

Josh is known for speaking his mind, but has the ability to back it up. In a UCLA team that did not have the offensive weapons that he deserved he accumulated a mind boggling 9,341 yards along with 59 touchdowns and only 26 interceptions. He’ll be pushing to win the starting job from the get go.

For either of these QBs to be successful they’ll need protection and the Red Birds have done their best to address that this off-season. With the addition of Right Guard Justin Pugh and Right Tackle Andre Smith through Free Agency along with the third round selection of Centre Mason Cole to join the solid Mike Lupati and DJ Humphries the O-line is much improved from last year.

The new line isn’t without question marks though. Andre Smith is coming of back to back seasons ended by injury and as promising as young Mason Cole has looked fitting in for AQ Shipley after he tore his ACL he still is a rookie and has a lot to learn.

Behind this line is going to be the 2016 All-Pro Running Back David Johnson. With career stats of 1,843 rushing and 1,403 receiving yards off of only 33 games in the NFL he is undoubtedly an offensive weapon to be wary of. However returning from a ruptured ACL is unpredictable at best and no one can rightly say if the same DJ will run out week 1 in 2018 that accounted for 20 touchdowns in 2016. 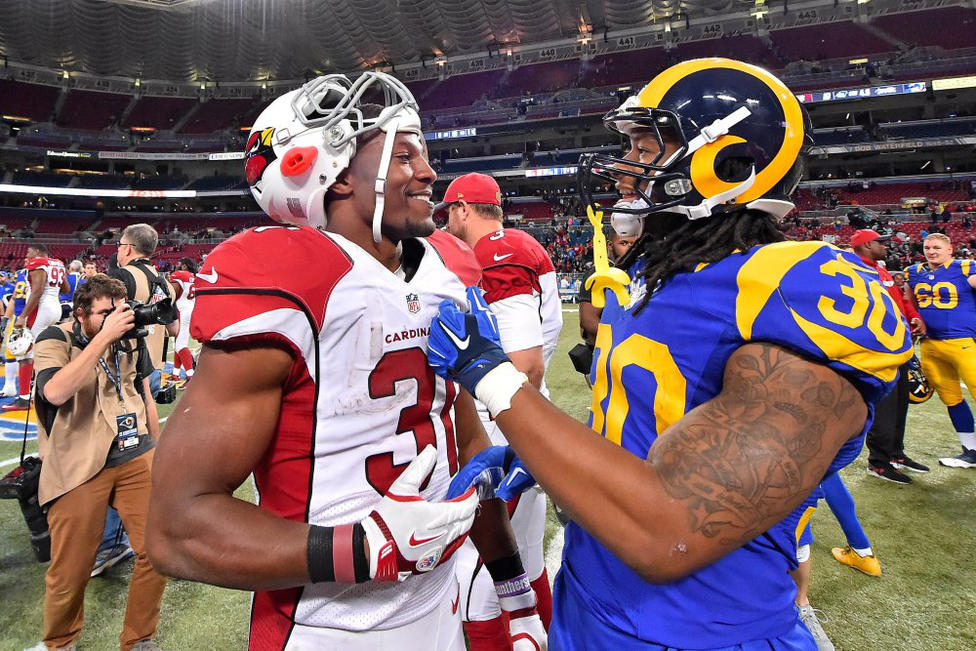 Lastly the Cardinals receiving corps is led by veteran Larry Fitzgerald who has just reached his 35th birthday (Happy Birthday Fitz). His achievements in the NFL since being drafted 3rd overall in the 2004 draft are more than well documented. As age looks to finally slow down the 11 time Pro-bowler the Cardinals will look to Texas A&M second round pick Christian Kirk to have an immediate impact.

Result: 6/10
Look for this offense to be serviceable to the point where they will frustrate defensive coordinators. Their lack of a true star number 1 Wide Receiver ensures that whoever wins the QB battle will have to rely heavily upon production from David Johnson to remain healthy. Without DJ, the offensive will struggle to produce.

Defense
Patrick Peterson remains undoubtedly the playmaker off this defense. He will miss his Free Safety Tyrann Mathieu this year but 2017 2nd round draft pick Budda Baker has shown that he will be a very good player in this league and looks to stamp his name on the position for years to come next to Antoine Bethea at the back. Jamar Taylor, who was traded to The Cards from the Browns looks to be the opposite Cornerback and will be in a “prove it” type situation for his career.

Robert Nkemdiche and Corey Peters are both under an early injury cloud on the Defensive Line after injuries against New Orleans in the last pre-season game. Once fit though they’ll make a solid D-Line up with both Chandler Jones and Benson Mayowa.

Last year’s first round draft pick Haason Reddick gets his chance to start the season and opposite Deone Bucannon presents a pair of run stopping Outside Linebackers.

Josh Bynes is predicted to start as the Middle Linebacker in a 4-3 scheme and is the Cardinal’s Defence biggest weakness.

Result: 6/10
The front office has addressed weaknesses however there are still gaps. The biggest improvement for this team might not come on their roster but through the change to coaching staff. Al Holcomb was the former Linebackers coach with the Carolina Panthers and has re-hauled the Cardinal’s playbook and scheme.
It will be interesting to watch how this group works out when they try and stop the Ram’s high powered offense.

How many games will Arizona Cardinals win this year?
The Cardinals finished last season with an 8-8 record without their main offensive weapon and an aging QB in Palmer; what can they do this year?

Result: 7/16
This team has too many variables to be able to predict them winning any more games than 8 this year.

I currently have them at 7 but they have a young QB on their team who in the years to come, if they can surround him with some weapons might see this win total increase.