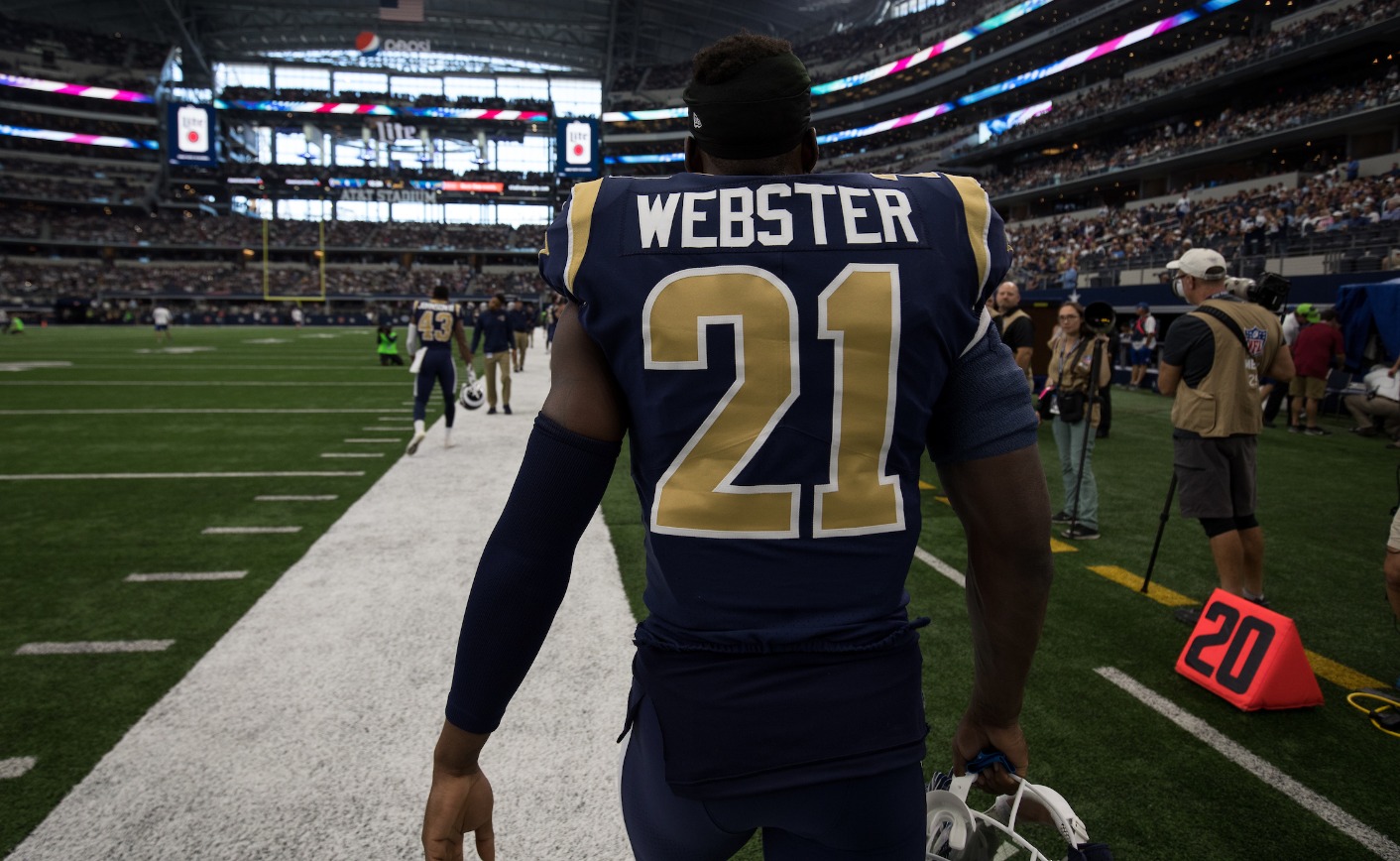 The former Los Angeles Rams starter Kayvon Webster is headed to Houston on a one-year deal worth $2 million according to Adam Schefter. The 27-year old Webster had signed a two-year deal with the Rams but was recently released after the team made the move to sign free agent Sam Shields. The fan favorite Webster was unfortunately hampered by multiple injuries he played through throughout the entire 2017 season. His 2017 campaign ended shortly after he forced a huge turnover for the Rams against the Philadelphia Eagles. Not long after the interception, Webster ended up rupturing his Achilles and that was the end of his journey with the Rams.

In what was once considered one of the most underrated and intriguing moves of last off-season Webster and the Rams have officially moved on from each other. There didn’t appear to be a sense that Webster wanted to leave the Rams to begin with but he was dealt with the tough reality of the NFL: “it’s a business” and that’s how it’s been left. With this one-year deal and the uncertain future of the Rams cornerbacks, the door would essentially still remain open for a return after the season but that’s long into the future. As of now this is a big deal for Webster who was fighting all off-season to come back from the multiple injuries. He will look to compete for playing time with a depth chart that has Jonathan Joseph, former first-round pick Kevin Johnson and free agent acquisition Aaron Colvin. This is a perfect opportunity for Webster to find playing time as playing time would have been extremely hard to come by with how deep the Rams CB depth is this season.

Again, never say never to a return but as of right now Kayvon’s story moves onto Houston, joining a talented defense coached by Romeo Crennel that was in need of another CB.

If you are a fan of Kayvon Webster, Miami styled cuisine and live in Los Angeles or near it. Feel free to check out VYBE 305 which is Kayvon’s food truck that can be found throughout the Los Angeles area. For more information visit here.