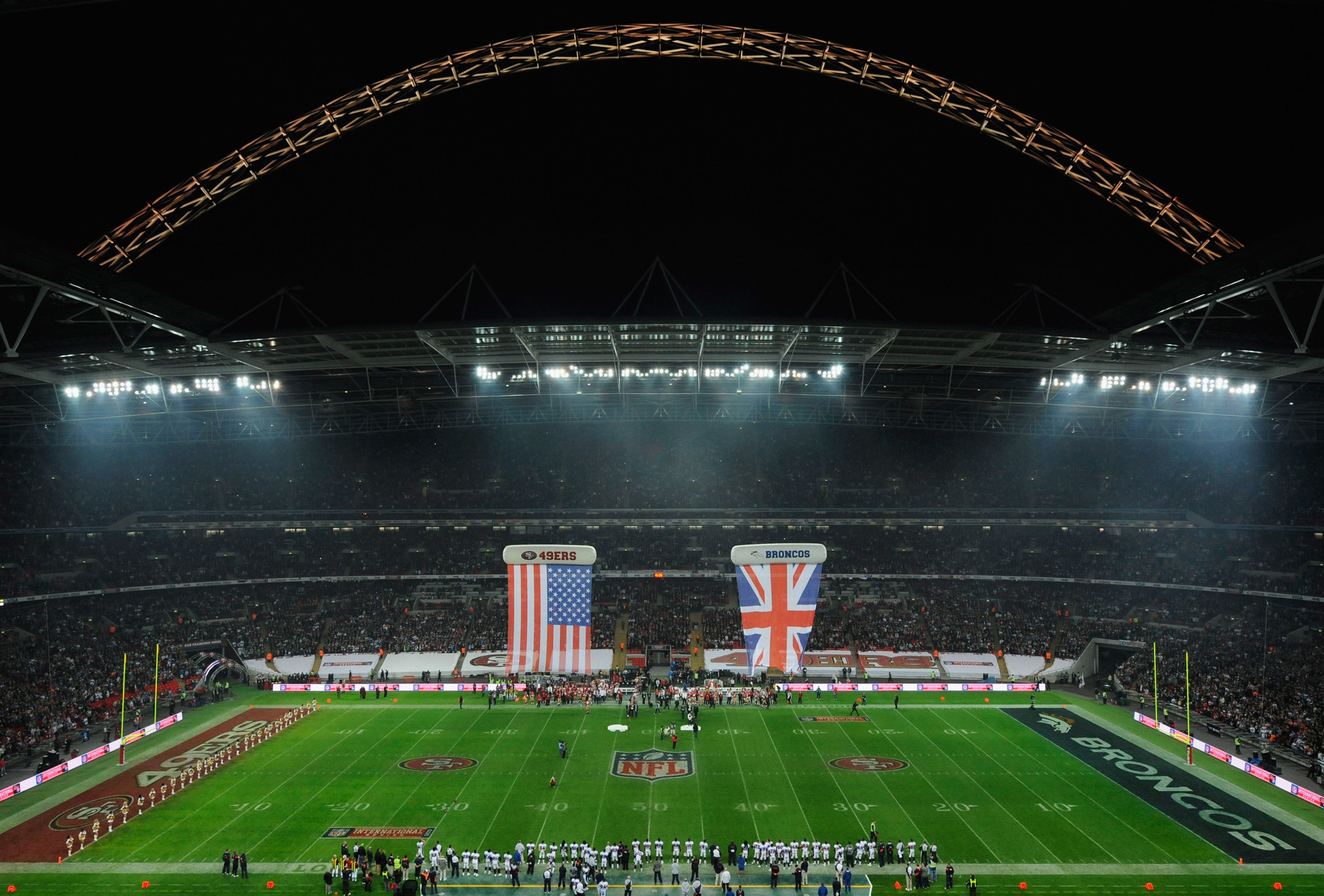 With preseason kicking off we are so close to regular season football! And with that being said, the debates about how many games should be played will begin. The schedule format is decided upon in the Collective Bargaining Agreement (known as the CBA), which is the negotiated labor agreement between the players (through the NFL Players’ Association) and the owners and Commissioner Goodell.  As we approach the expiration of the CBA, which is at the end of the 2020 season, CBA negotiations will start to heat up.  Among the topics that will be decided will be finances, pensions, medical benefits, and of course, the schedule format. 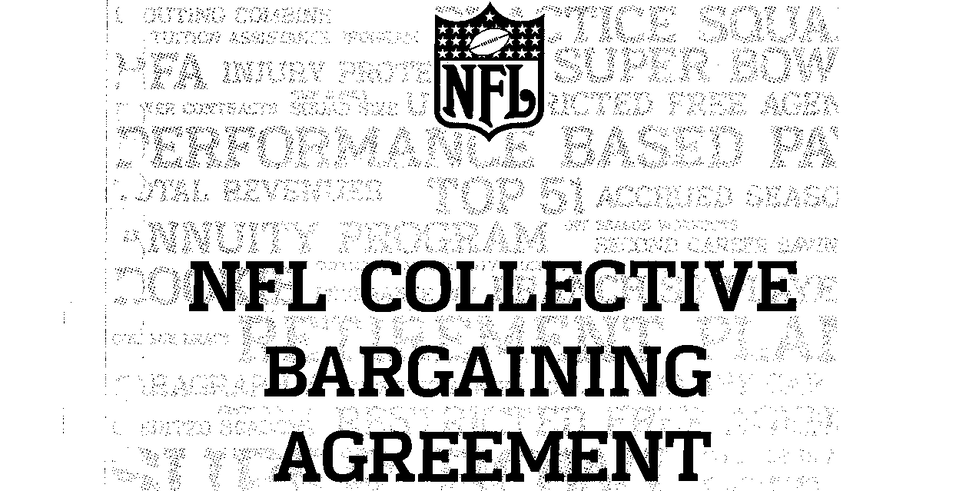 The current schedule format is as follows:

– The Regular Season includes 16 games are played over 17 weeks

– Over the course of the regular season (weeks 4-12) each team gets one “bye” week
– The Regular Season is proceeded by training camp and a four week pre-season schedule.
– The 16 Games Are Broken into Four Sections

– Divisional Games (6 games) : Each team plays each team in their own division twice
– Intra-conference games (4 games): Each division plays an entire division from within their own conference (i.e. the NFC West is playing all the teams in the NFC North).
– Intra-conference standing (2 more games) Each team also plays each team in their conference that finished in the same divisional place as them (i.e. the Rams won the NFC West, so they will play the winners of the NFC South, North, and East – Remember the winner of the NFC North is already covered in the above math).
– Inter-conference game (4 games): Each division will play a division from the opposite conference (i.e. the NFC West will play the entire AFC West)

There are lots of other intricacies that go into the schedule such as travel, non-Sunday games, neutral locations games and many more. 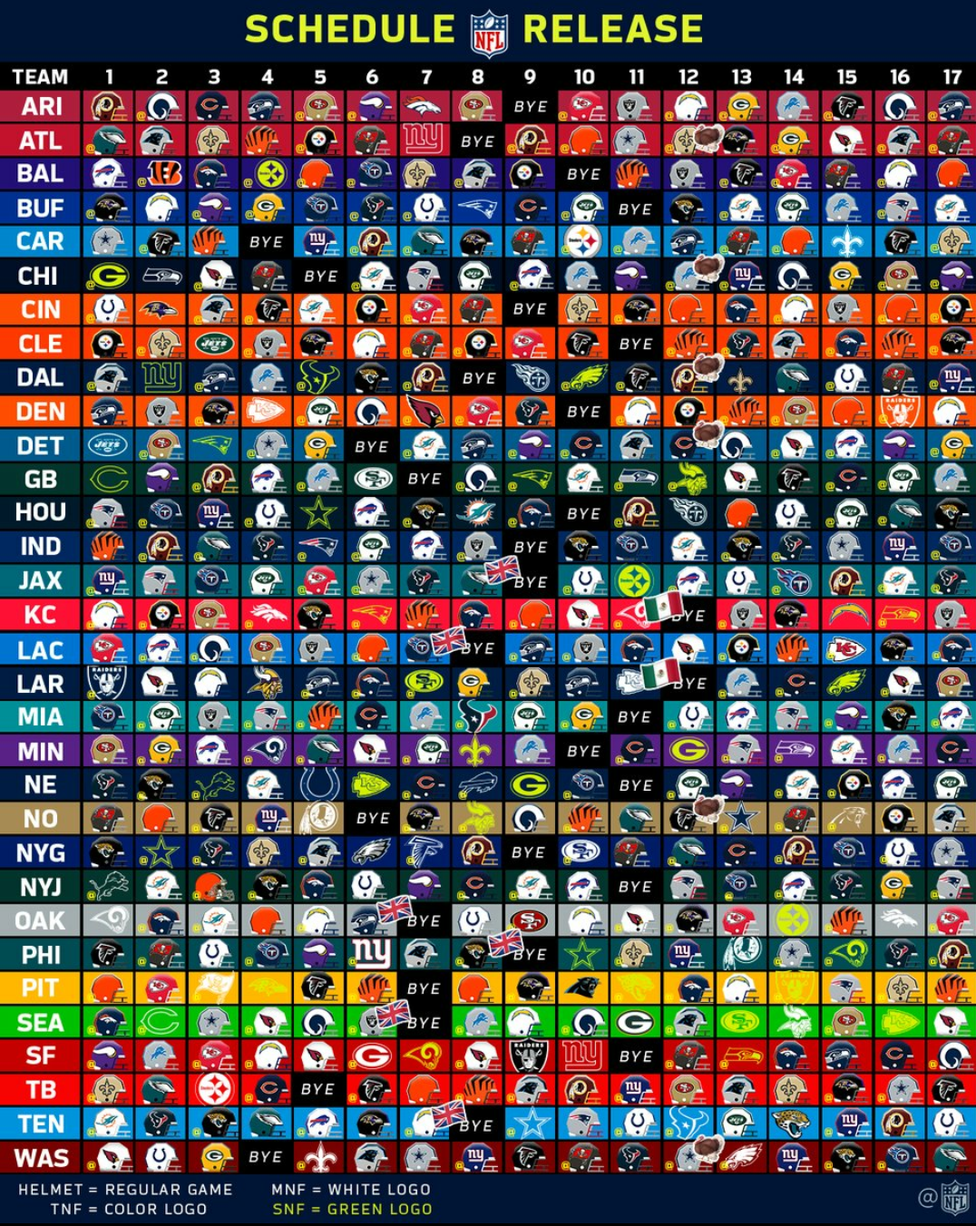 There is massive push by media, fans, and owners to expand the season, so in the near future the conversations about the schedule format will start to accelerate until a compromise has been made.  I consider this proposal to be a compromise to those who call for an 18 game season to be created by shifting two pre-season games to the regular season. If any season expansion was to be done we would most likely see the players getting a later cut, and more overall money, than in the current CBA.  For the sake of the article I’m going to keep the proposal to the basic format, but in reality there is more to a schedule agreement than this.

This extra bye week will allow players to rest and prepare for the playoffs. The rest should also help prevent second half of the season injuries.  The first bye would take place between week 4 and 10 and the second between weeks 11 and 17.  There would also be rules to ensure that teams don’t have byes within a certain amount of games from each other (i.e. in order to ensure a team doesn’t have a bye in week 9 and then again in week 11, that is to close to each other). 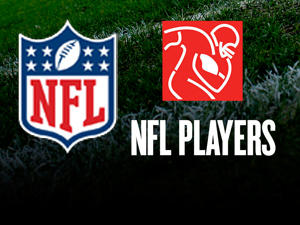 So what will happen to that last game? We have the perfect balance of 8 home games and 8 away games.  Simple, the 17th and final game is located at a neutral site! This can be integrated with the NFL’s current push to play games in Mexico, Europe, and China. I believe the 17th game should be game against a team in the opposite conference.Any type of season expansion will most likely also include an expansion to the roster. This would also be done through the new CBA.  This roster expansion may show itself in multiple ways. The game day rosters are likely to be expanded from 53-man to a higher number. It is also likely that the practice squad would be expanded as well.

This schedule expansion would bring more money to the players and owners and more entertainment to the fans. Expansion is almost inevitable, the terms are what is in the air.  If the League and the Players do not get on top this soon a potential lock-out by the Players could happen.

Keep an Eye Out for more CBA Related News from DTR