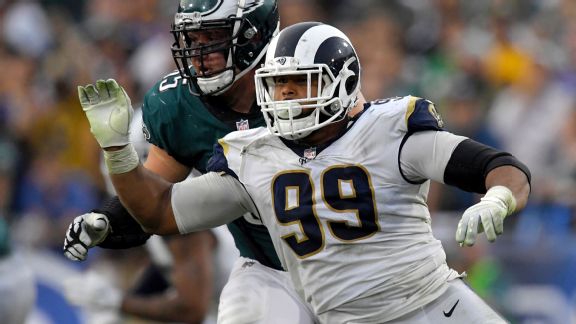 The Los Angeles Rams and their franchise star Aaron Donald are expected to agree to terms on a mega deal that will make Donald the highest paid defensive player in NFL history later on this week.

According to a source, this deal is expected to be worth $24M per year with $65M – $70M in guarantees and it comes after the two played cat and mouse on an extension. Earlier news suggested that there was some tension in talks with Donald and camp, while Head coach Sean McVay and General manager Les Snead continued to suggest that talks were fluid and were working towards a long-term deal.

Donald amassed 66 hurries last season, combined with 13 hits and 12 sacks, that gave him 91 total pressures. This, after missing training camp and week one while holding out for a new contract. Donald has missed camp but should see a full season under a potentially new contract.

For more information be sure to stay tuned to downtownrams.com