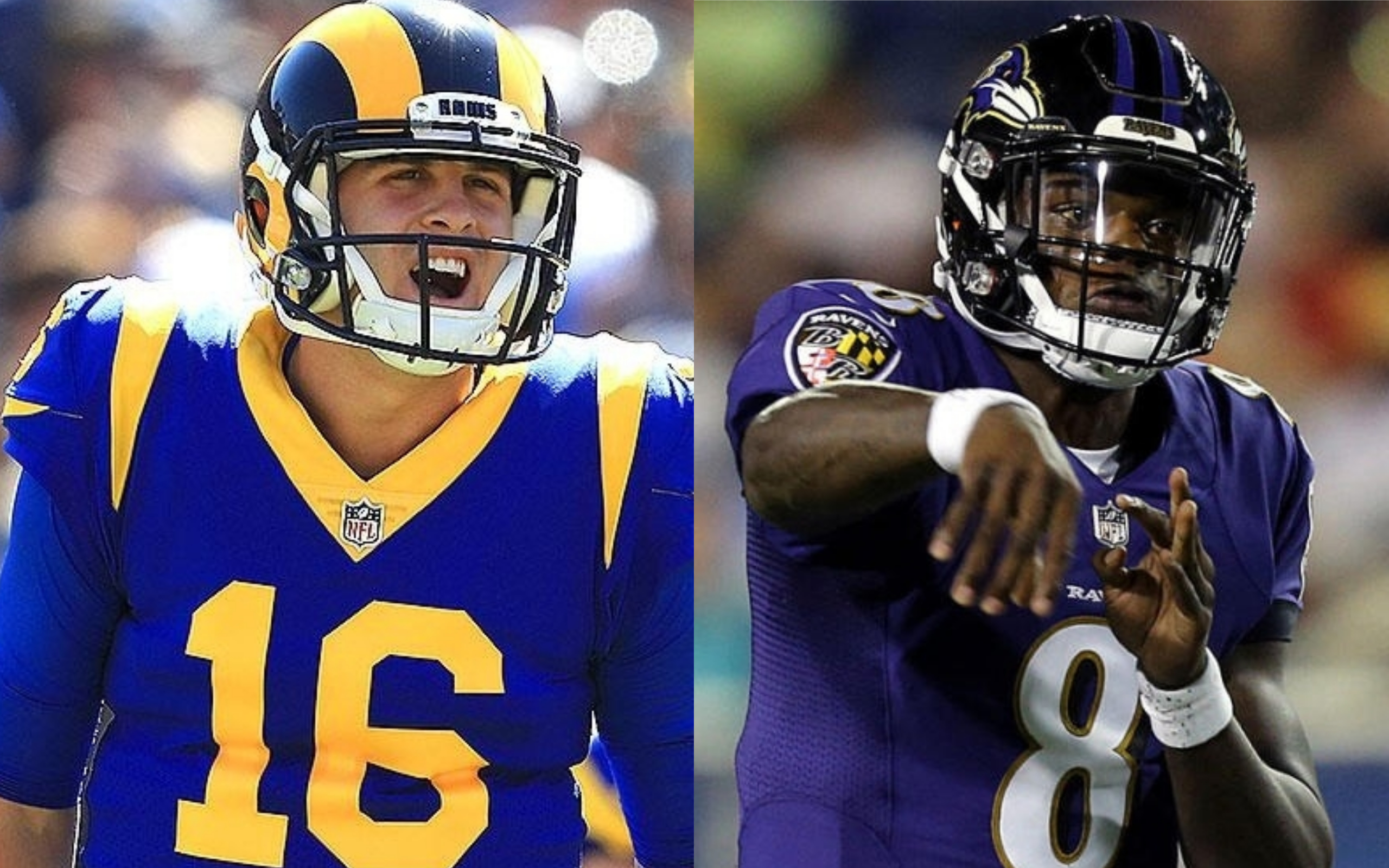 Quarterbacks are a staple for any team looking to compete in the NFL. Teams can find a quarterback almost anywhere and plug them into the starting lineup for game day. However, it’s not easy to find a franchise QB that will bring your team to the playoffs and stay the starter for seven-plus years. These QB’s are one in a million, with some teams still trying to find one that will bring their fanbase pride, looking at you Browns. With so many mistakes made with many of these draft choices for a QB its nice to sit back and see which young QB’s will fit into their teams future. Two quarterbacks that have questions marks around them is first year QB Lamar Jackson of the Baltimore Ravens and third year QB Jared Goff of the Los Angeles Rams. Both QB’s have an immense amount of talent to give for their team, but what is the plan for them on their current team? 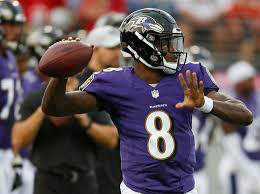 Start of the 2018 NFL Draft not one person would of guessed that the Baltimore Ravens would of selected Lamar Jackson out of Louisville. Yet here we are a few months later, watching Ravens fans demand for this young QB to take over the reins from Super Bowl Champ Joe Flacco. Its crazy to think that the Ravens are starting off where the Rams were just a year ago, waiting patiently for their new franchise QB to take the field. Heading into training camp Lamar looked like a man on a mission, eager to learn and full of confidence. He took every chance he could to learn and show the coaching staff that he wants to be the future. Even taking notice from Flacco, who in turn had the best training camp the Ravens have seen in a long time. In Jackson’s first Preseason action, he went 4 of 10 passing for 33 yards, a TD and an interception. He also ran for 25 yards on eight carries in his debut, looking very comfortable running the ball as predicted. During the game he struggled on deep throws and hitting his receivers outside the numbers. All the signs of Rookie growing pains, nothing to be too alarmed of so soon in his career. The vision for Jackson on the Ravens is to take over the starting job within the next 3 years, hopefully sooner than later. This young Qb has the arm strength and accuracy to succeed in the NFL but needs more time to fully grasp the game. The Ravens are excited to have a dual threat QB at their disposal and use him as the Seahawks use Wilson. Wilson has had much success in the NFL and the Ravens would love to even have half of that success come from Lamar. Ravens have 3 more preseason games to let Lamar learn the game and grasp the offense that they have for him. Time will only tell if Lamar can handle the rigorous tolls that the NFL can bring to a QB. 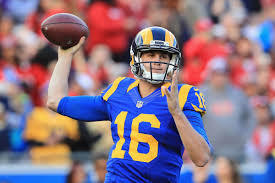 As a Rams fan, one could only hope for the front office to finally hit the jackpot on a long term franchise QB. Looking back at Goff’s shaky rookie season most fans were ready to throw this kid out and start again. After a few staffing changes and some new faces in the locker room Goff started to see that things were about to change. Fast forward through the 2017 season and we see a completely changed young man who is confident and making a name for himself. Goff put the NFL on notice by leading the Rams to their first playoff appearance since 2004. In his first full season as an NFL starter Goff put up a 62.1 completion percentage, 3,804 passing yards, 28 touchdowns, and 7 interceptions. Not bad for a kid that looked like a lost puppy the previous year with hardly any talent to help him. The Rams led by Goff took the NFL by storm with the highest scoring offense and a first year head coach in 2017. Much credit due to McVay for creating a system that plays to Goff’s strengths and weaknesses, but none of it is possible without Goff at the Helm. The future is bright for the Rams with Goff as their leader heading into their second year under McVay. Goff is a fast learner and is already having more added to his plate this year as we have seen at Training Camp. McVay is opening up the playbook to him and letting Goff start to take the reins. The longer Goff plays in this system the better he will get and Rams fans will reap the rewards of a Super Bowl sooner than later. Rest assured as long as Goff is at the helm the Rams will have long term success for the first time in a long time.