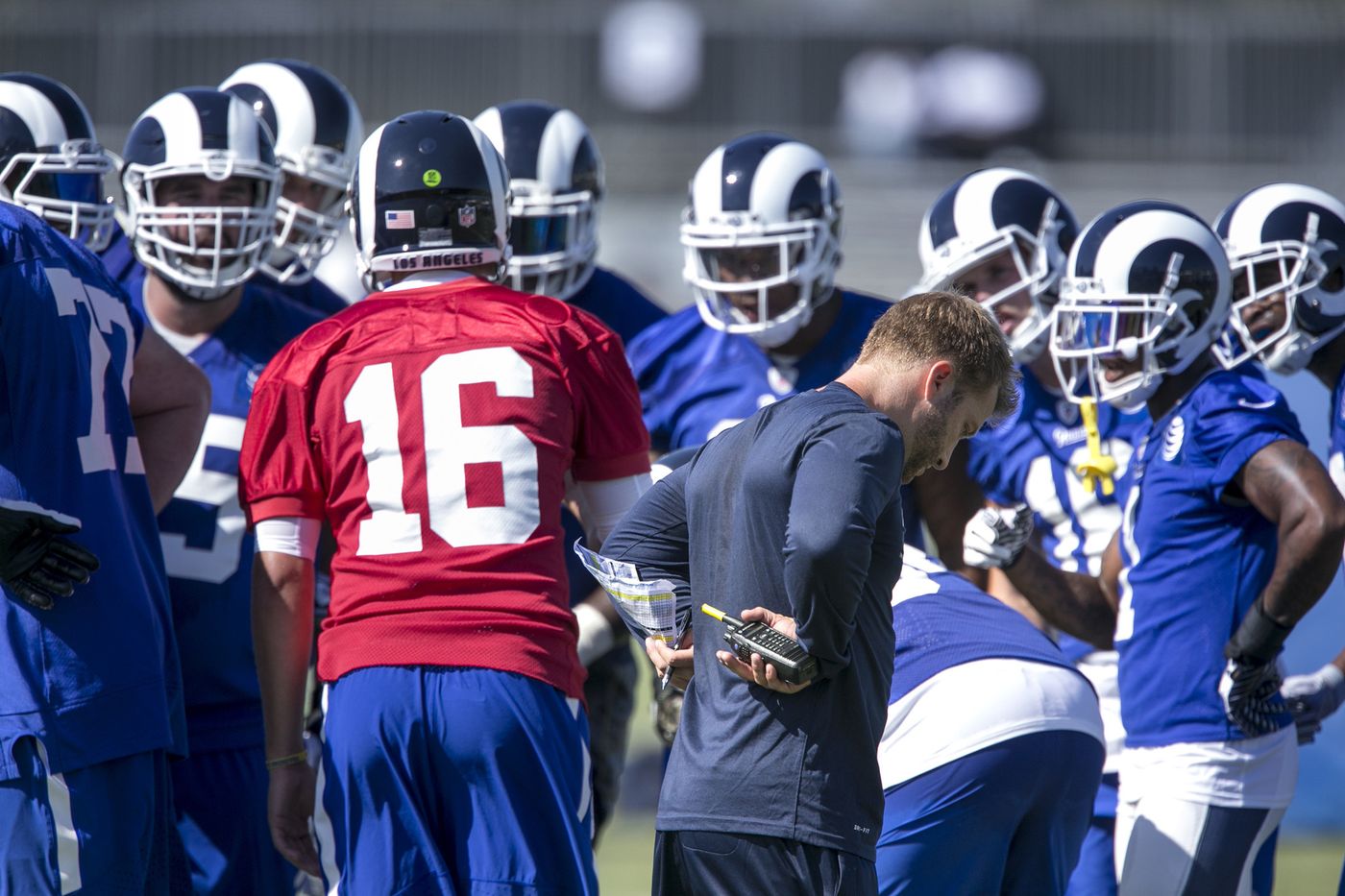 In day four of Rams training camp 2018, the Rams put on full pads for the first time, allowing us to better assess the linemen on both sides of the ball.

Battling in the trenches

With pads on for the first time since the playoff game against Atlanta, this was our first opportunity to see our newest Ram linemen work their craft.

The only downside of players hitting each other is that they are more prone to injury, as was the case with C John Sullivan, who left the field with an arm injury that the coaching staff believes to be minor.

DE John Franklin-Myers continues to get reps with the first team defense today, helping fill in for Aaron Donald and accelerating his development as a rotational lineman.

Running game takes off and dies off

The Rams offenses all found some success early in 11-on-11 drills running the ball. Todd Gurley, Justin Davis, and John Kelly all found large holes to work through

After that, the defense started to get more consistent pressure and the holes became fewer and smaller, making it difficult for the offense to move the ball.

While the offense struggled to run the ball, the running backs found some success as receivers with Todd Gurley showing his terrific speed in the open field.

The Rams defense flew to the ball all day, breaking up passes and stopping plays short of what we would deem acceptable gains. The final period of practice had the offense trying to move 50 yards to score, and this was the first period in which the first team offense and defense worked against each other. The result was two big passes from QB Jared Goff to WR Cooper Kupp to seal the win for the offense.

Shortly after the first team offense beat their defensive counterparts, the second team offense floundered and QB Brandon Allen, who filled in for Sean Mannion, threw a pick six to CB Kevin Peterson, resulting in a win for the second team defense. QB Luis Perez led the third team offense into the red zone, but could not convert, giving the final period to the defense.