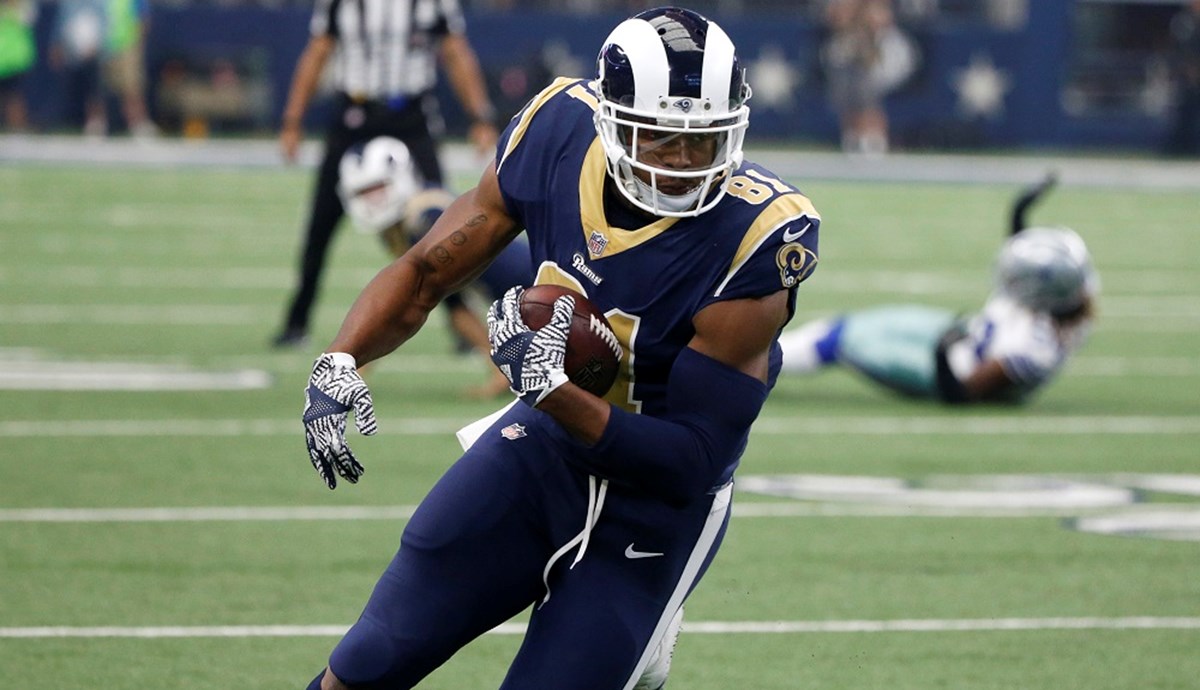 For many that want to watch an actual camp battle, tune in this summer for the Rams Tight End Battle: coming to a gridiron near you. There just hasn’t been a player that has been able to separate from the pack. Tyler Higbee is the third-year man out of Western Kentucky who just hasn’t taken off yet, Gerald Everett is the second-round flashy pick and there’s Temarrick Hemingway who has the most intriguing set of size and skills. It is going to be one fun battle. 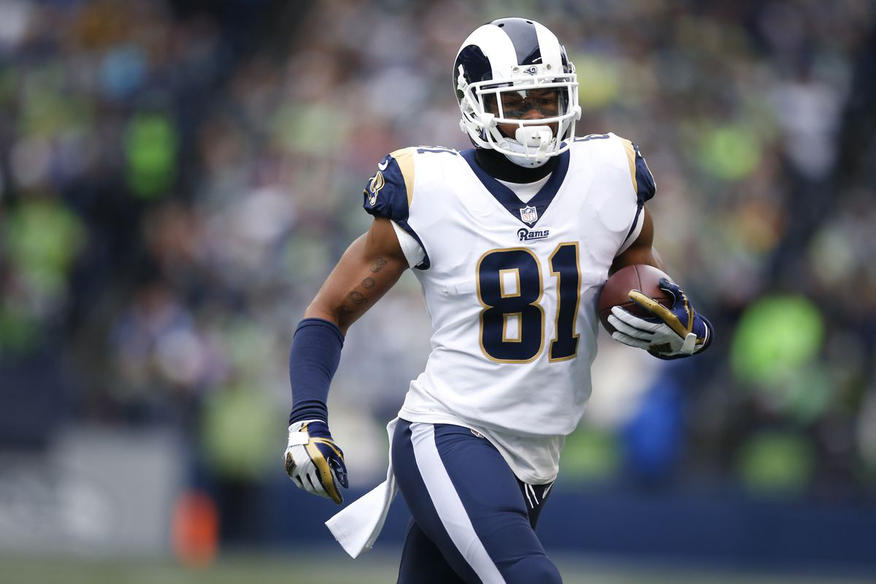 Gerald Everett had some crazy flashes of brilliance early on in the season but for some reason he fell out of favor to Tyler Higbee on the back nine of the campaign. Some felt as though Everett was just a big receiver much like his fellow draft class peer Evan Engram. However, I saw more than that in college and I think it’s more so about his position than himself. Everett plays a position that many come out of the gates and completely fail at. Normally you don’t see the full potential start to appear until at least year three which becomes put up or shut up time for a TE if he has not done anything up to that point.

Everett only had 16 catches that went for 244 yards and two touchdowns in his rookie year in which 134 of those yards came in the first two games of the year. Higbee clearly won the battle last year and the Rams did use former Ram Derek Carrier as their go-to blocking TE but that doesn’t mean Everett can’t earn his right to be the guy this year. It’s a golden opportunity in an offensive scheme that can really help you blow up especially with players like Todd Gurley, Brandin Cooks, Robert Woods and Cooper Kupp around you not to mention your QB Jared Goff. 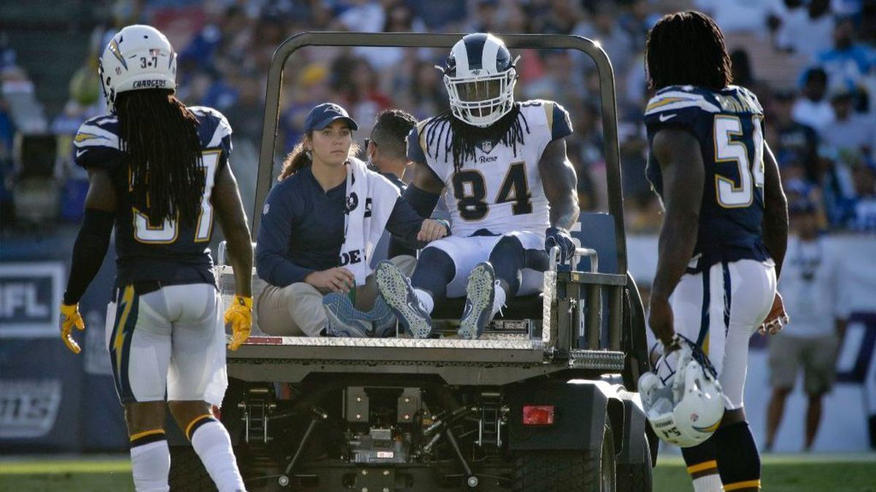 This image right here is the last time Rams fans got to see Temarrick Hemingway play in an NFL game of any kind. His season was over before it started. Now, it’s a new year and Hemingway has taken everything in stride and finds himself in a great position to breakout. The third-year man out of South Carolina State is finally healthy and ready to show out in Sean McVay’s offense. The 6-foot-5 and 251 pound receiver is a physical specimen and has a chance to be a special weapon for the Rams offense this season.

Hemingway was not used at all in 2016, missed the entire 2017 season and now in 2018 he has an opportunity to carve out a role. The Rams last season were 17th in the league in Red Zone touchdown percentage. I feel as though every team needs that one weapon that can be designated as a red zone specialist. With Hemingway’s big frame and freaking athleticism, I think you may have that. The Patriots have Rob Gronkowski, Chiefs have Travis Kelce, Falcons have Julio Jones, Bengals have A.J. Green, Texans have DeAndre Hopkins, Saints have Michael Thomas and the list goes on. Who do the Rams have? Sammy Watkins had almost all of his touchdowns come from the red zone last season but he is now replaced by Brandin Cooks. The Rams do have Josh Reynolds and Tyler Higbee but Higbee was unreliable when it came down to the wire in the playoffs and Reynolds hasn’t been used much either. Hemingway could potentially be a dominant jump ball target in the red zone and allow the Rams to open things up even more. 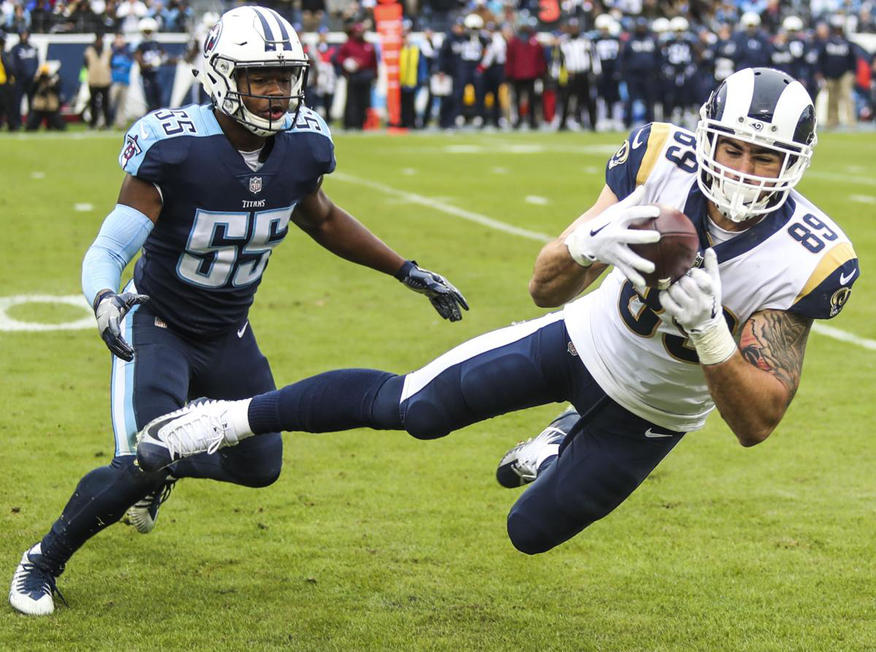 The season-ending starting TE has some serious pressure on him this season. It will not be smooth sailing by any means. Higbee started all season long but only finished 25 catches, 295 yards and only one touchdown. Higbee is in a make or break season as previously mentioned, this is year three when we truly get to find out how good a tight end is. For Higbee, he will be looking to erase the memories of many from his playoff touchdown drop in what was a crucial point in the game.

Higbee has the athleticism, he has shown the ability to block and has improved over the years. While last year could have been a lower look of production due to what was around him. You would still hope your starting TE would have at least 450-plus receiving yards and more than one touchdown. Higbee is in the driver’s seat this season with even more talent around him and he’s also on the hot seat at that. 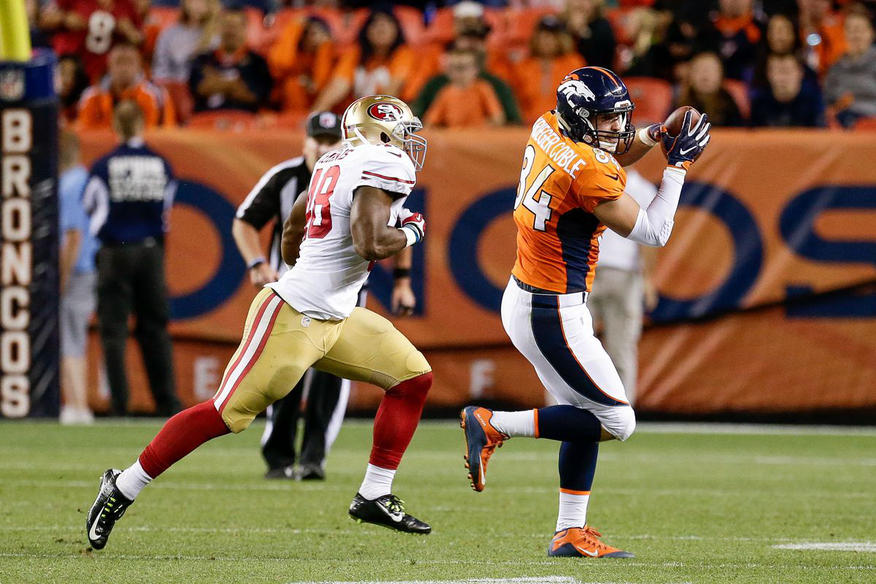 The oldest Tight End on the squad is Henry Krieger-Coble who comes over from the Denver Broncos. Krieger-Coble was a stereotypical blocking TE that had some sneaky receiving ability at Iowa. He nabbed a practice squad spot on the Rams right before the season ended and now comes into camp trying to sneak onto the roster.

Overall, he is a camp body for my measure. Krieger-Coble will have to fight off three TE’s that were on the Rams active roster last season in: Everett, Higbee and Johnny Mundt but also fight off Hemingway and Codey McElroy. I don’t see it and quite honestly I see McElroy or Mundt taking his practice squad spot as well. It’s safe to say the former Bronco will likely be trying out for other teams around the league when he laces up his cleats and trots out onto the field for preseason. 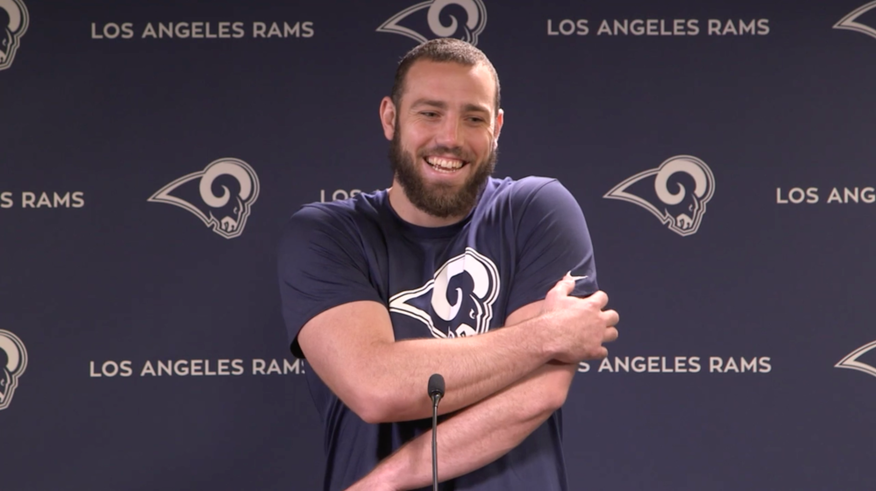 He’s an older rookie with a lot of intrigue around the fact he is a former basketball player and has a ton of athleticism at his disposal. I think you are looking at someone that the Rams really like as a project but not quite ready to play on Sundays in the NFL.

McElroy has great size but he is coming from Southeastern Oklahoma State. The level of competition is way less than some of these other guys (despite the fact the three top tight ends are from South Alabama, Western Kentucky and South Carolina State respectively). McElroy is someone to watch and root for but like I said, I think he’s a project and I don’t think he’s about to make a Super Bowl contender’s roster when in fact I’m not really sure he would have made some of the Rams rosters in the past as it is. Still though. I’m interested…long term. 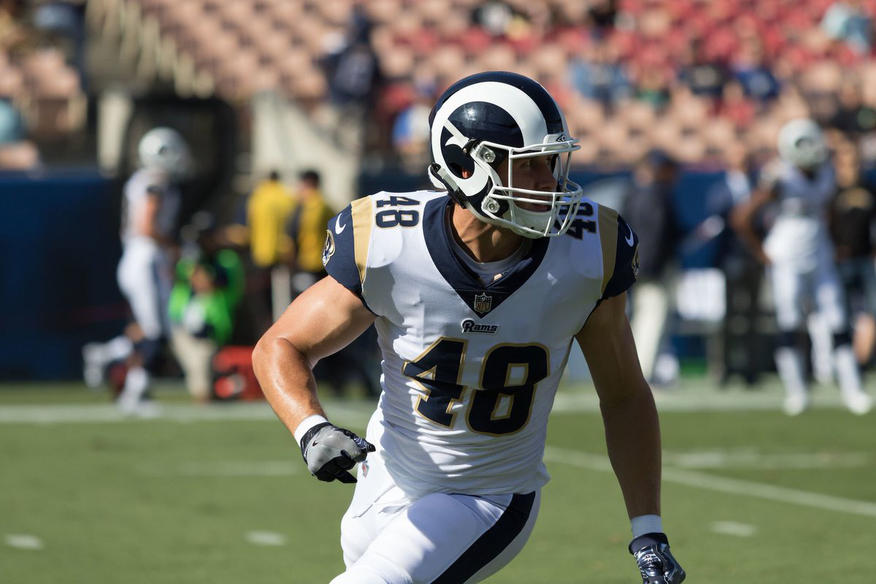 Wait a minute Johnny Mundt is 23 years old and already has in-game NFL experience? Why were we hyping up McElroy as a long-term project with him being two years old? I’m not sure. What I do know is that Mundt at Oregon was all talent, all athleticism and looked to flash potential. His issue has always been his durability. If he stays healthy, the Rams would be totally fine with Higbee, Hemingway, Everett and Mundt. Mundt is the sneaky one here that could put even more pressure on a Higbee or Hemingway. It’s important to keep in mind the Rams were “comfortable” starting Troy Hill before they went out and got Marcus Peters and Aqib Talib. Do you realize both Mundt and Hill are two players that are young and underrated from Oregon?

Mundt has the ability to take a third-year TE like Higbee or Hemingway and knock them off the roster if he continues to develop and the other two do not have productive seasons in year three. Although, I ultimately believe they could give Hemingway some leeway because of the injury, I think having the combination of Mundt and Everett could mean a trade of Higbee in the long run. It will be truly interesting but do not sleep on TE Johnny Mundt who’s biggest obstacle has been the injury bug. If he stays away from that, he could have a long successful career with the Rams and in the NFL regardless.