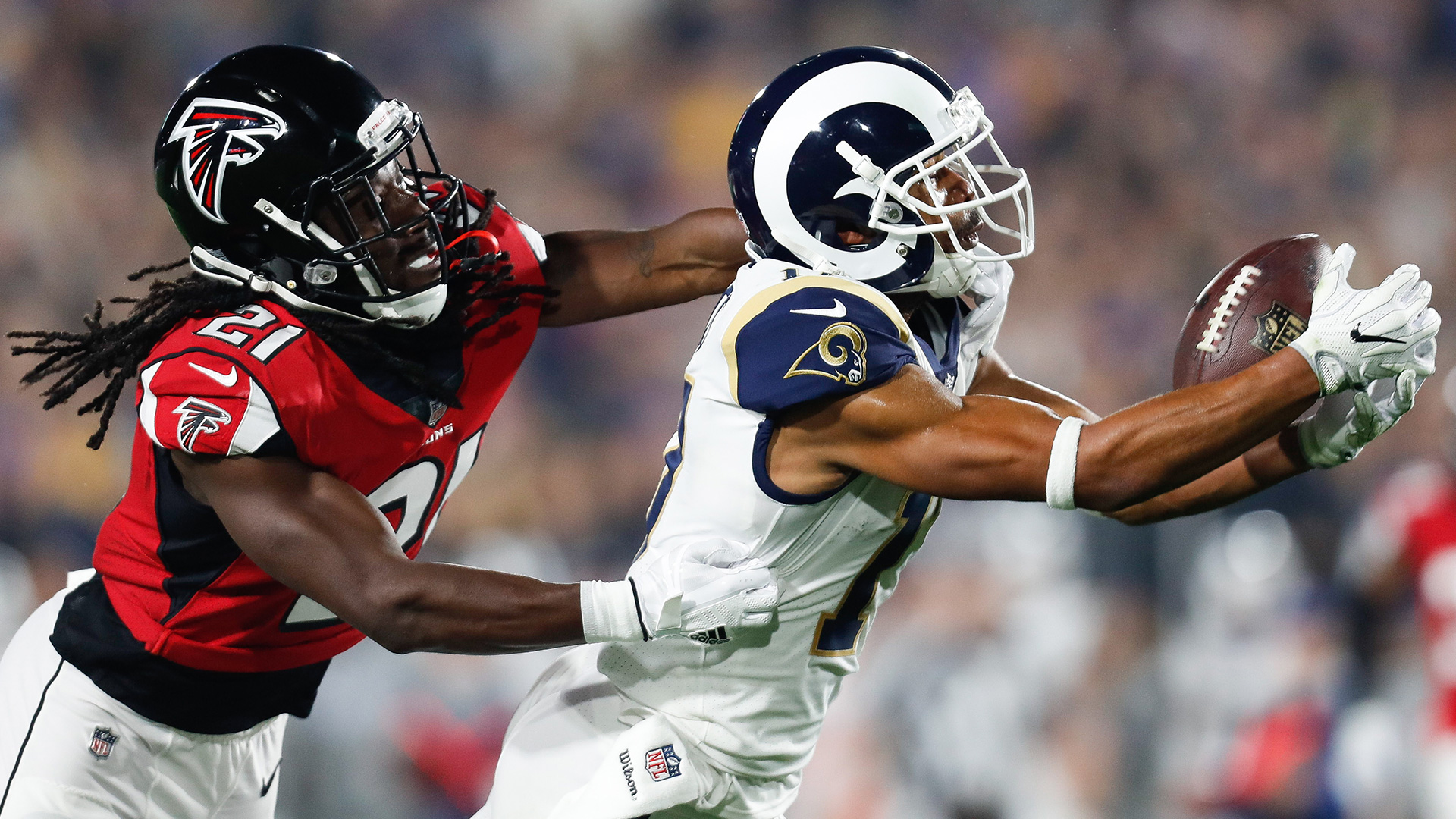 The Rams enter training camp with a strong core of skillful wide receivers at their disposal. With Brandin Cooks, Cooper Kupp, and Robert Woods as your starting group its hard not to expect a big year for your passing game. Sean McVay has shown the he knows how to build talent around his quarterbacks and give this team the firepower it needs. Last year this wide receiving core (with Watkins instead of Cooks) combined for 157 catches, 2243 yards, and 18 touchdowns. An incredible stat line for a first year receiving core created right before the season started. Not even one of those players were on the team from the previous year. This group that McVay has put together is a special group that will be trouble for years to come. What makes this group so special is that all of them can line up at X, Y, or Z and wreck havoc against opposing defenses. So the more this group plays on the field together the more of a nightmare they will be on game day.

Why the Rams still need more talent at Wide Receiver:

Like every NFL team the Rams still need to have depth on their roster behind their starting receivers. Every year they rotate potential talent to try to find the diamond in the rough. Maintaining talent behind their starting core in order to prepare for any unseen circumstances that may arise is also plays factor in this search. The Rams have always hit on late round talent and this is just another day at the office for them for finding that talent. Nothing special at all here for Snead and McVay, just trying to keep this team in position to win games for years to come. 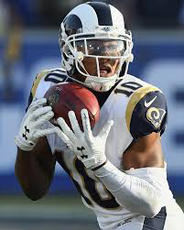 Pharoh Cooper: Respectfully Cooper will make the team for his contributions to special teams as their main punt and kick returner. However, he will compete for playing time as a wide receiver considering how much he was used last year. Cooper only contributed for 11 catches for 84 yards during his time on the field with the Rams. He is a work in progress to become a threat as a wide receiver for this team. Definitely having his skill as a returner limits how much they will use him on offense but no player only wants to play on special teams their whole career. 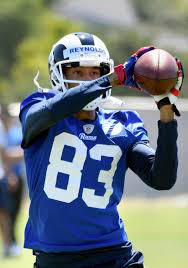 Josh Reynolds: 2nd year veteran Reynolds is looking to make a big impact on this team as the projected 4th wide receiver on the depth chart. He has shown flashes of his potential every time he has stepped on the field. Reynolds played very little for the Rams this last year, collecting 104 yards on 11 receptions and 1 touchdown. Nothing impressive from what the stat line shows but this kid puts in work and has a nice 6’3″ frame to go get the ball. Definitely high expectations are set on him going into training camp to claim the 4th spot on this Rams wide receiver core, nothing but praise from his coaches. 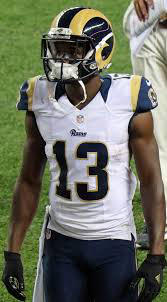 Mike Thomas: 3rd year vet, Mike Thomas, has yet to get enough playing time as a wide receiver and is again fighting for a roster spot. Thomas is a great contributor on special teams for the Rams but special teams players are plentiful in this league meaning this could be his last year with them. Even with his nice resume from college he could be seeking a new place to call home. As a college senior in 2015, Thomas was named honorable mention All- Conference USA. He set a single-season school marks his senior campaign with 1,391 receiving yards and added 14 touchdown receptions. Nothing yet has come from him and his skills at wide receiver for the Rams but they do value his play on special teams. Look for Thomas to be challenged this Camp to keep his spot. 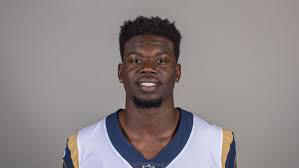 Fred Brown: Fred Brown was an undrafted free agent from Mississippi State, originally signed by the Colts in 2017. He was placed on their practice squad before being waived and signed to the Rams practice squad later in 2017. Expectations are low entering this camp for this practice squad traveler and most likely fighting to keep his spot on their practice squad. Entering camp at 6’1″ and 195 pounds is defiantly not a bad size for his position. Brown needs to show the Coaches something special here at camp or he can end up searching for a new home once again. 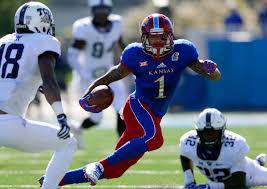 LaQuvionte Gonzalez: LaQuvionte Gonzales is an undrafted free agent signed by the Rams this year from Southeastern University. Gonzalez, at 5’10”, 170 lbs will most likely be fighting for a role on special teams because of his speed and size. Before transferring to Southeatern, he was a growing name wide receiver for Texas A&M. In his second year at A&M Gonzalez started to see his career getting squeezed out by a transfer named WR Josh Reynolds. With his role diminishing, Gonzalez then transferred to the Kansas Jayhawks where he exploded in 2016 after sitting out the 2015 season. Unfortunately, just days before fall camp broke for the 2017 season, Gonzalez was dismissed from Kansas for breaking team rules. He then went to FCS program Southeastern before going undrafted and joining the Rams. Hopefully his speed turn enough heads to land him a spot on special teams and give him a chance later on this season.

Ricky Jeune: Ricky Jeune is an undrafted free agent form Georgia Tech with little expectation to make the final cut on this Rams roster. Jeune’s senior year he caught 25 passes, posting career highs in receiving yards (545) and touchdowns (six). Nothing flashy from this young talent, mostly just a camp body compared to the other talent on this Rams roster. Exceptional size sitting at 6’2″ and 211 pounds, Jeune could have potential to turn heads if he works hard at lowering that 40 time of 4.50. 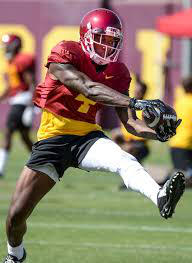 Steven Mitchell: Steven Mitchell, is a 5’10”, 186 pound undrafted wide receiver from USC. Due to his injury history he went undrafted and landed with the Rams for a chance at a roster spot. At USC, Mitchell had two of his seasons ended early due to knee injuries and had issues with his ankle on top of that. Mitchell has everything a scout would look for; solid hands, quick step off the line of scrimmage, sharp cuts on his routes, and has plays at a good speed. If he can stay healthy he may have a chance at a roster spot. Expectations are that he ends up being on the practice squad and then the Rams will see what they can do from there.