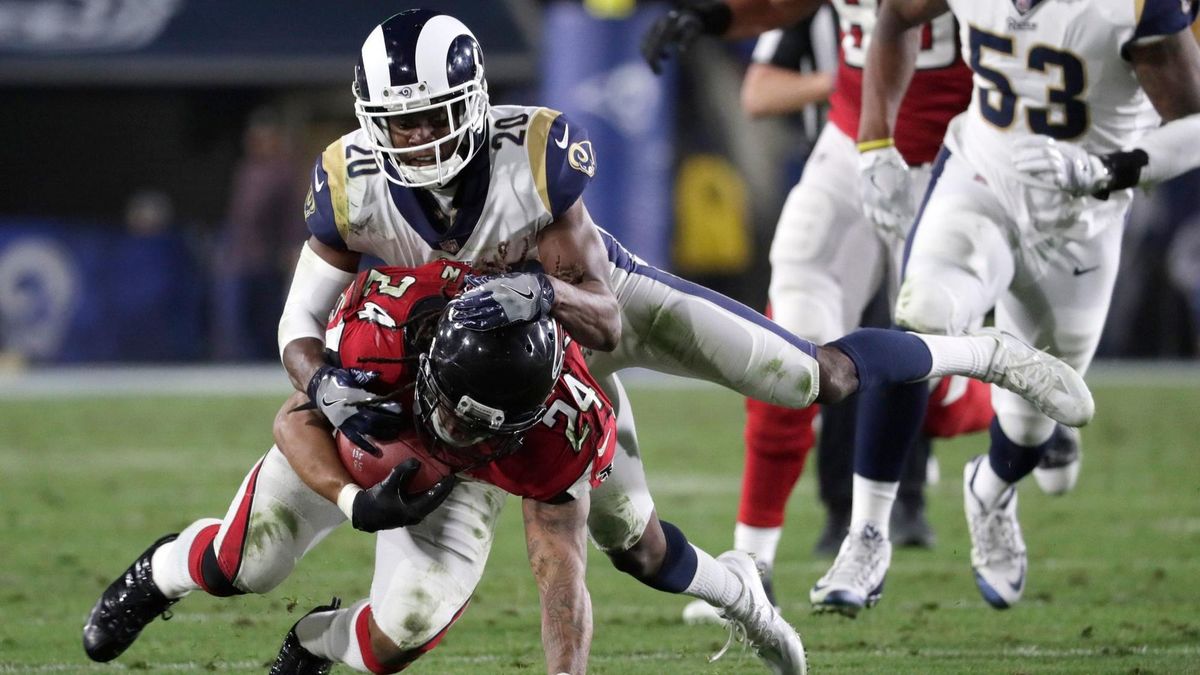 The Rams did not get a deal done with their young star FS LaMarcus Joyner before the franchise tag re-signing deadline. That means that now Joyner will be an unrestricted free agent following this season.

You know how sometimes people tell you things without actually telling them to you? They are called hints and hints are often dropped when the person or party knows they have control. The Rams are telling everyone what they think about this situation by not re-signing Joyner. Let’s not forget, last season, Joyner was in talks with the Rams about re-upping. That didn’t come to fruition and so the Rams placed the non-exclusive franchise tag on their safety.

Joyner had made the transfer from the nickel cornerback spot to the safety position, the same position in which fans were pounding the table for when it came to Joyner in the Jeff Fisher era. Obviously, it worked out and Joyner had what was a Pro Bowl caliber season. It was a good look for the Rams but the aforementioned franchise tag proves more than just the fact they “ran out of time”. It shows that the Rams want another season of LaMarcus Joyner and they want to make sure it wasn’t a fluke.

When the Rams placed the franchise tag on former CB Trumaine Johnson a year ago it seemed more like he was a placeholder and they didn’t have the interest in brining him back long-term. With Joyner, it seems less about him being a placeholder and more about him having to prove himself again. It sounds silly but when you really dig into it, the Rams have so many free agents next season and will likely end up letting a lot of them go. The organization still has to lock up franchise players like Aaron Donald, Jared Goff and Todd Gurley and that was evident right after the year. However, now, the Rams added on star WR Brandin Cooks, elite CB’s Marcus Peters and Aqib Talib and even elite interior defensive lineman Ndamukong Suh. It’s not going to be easy to “keep the band together.”

Joyner will turn 28 this season and that is partly why many think the Rams are using Joyner as a placeholder and simply are hoping a player like Marqui Christian emerges as a starter next year next to rookie standout John Johnson III. It’s one of those situations that is far from black and white. You have to commend the Rams in a sense due to the fact they didn’t back down from tagging Joyner, letting Sammy Watkins go and then being aggressive and acquiring Cooks from New England. There is a lot more left and the unfortunately sad part about Joyner not signing a long-term deal is the fact that while it’s all fun and games now. If Joyner suffers a season-ending injury he will miss out on millions of dollars because he simply was tagged and didn’t find a long-term deal in time. The stock of a player always plummets after an injury but if that were to happen to Joyner, he would be coming off a season-ending injury and going into the next season as a UFA about to turn 29 years of age in November. It’s rough for these guys and like everyone says: “it’s a business.” but neither side can afford to blink seeing the downfall effects of Joyner but also the Rams if they fail to bring back one of their key pieces because they sign Joyner.

In conclusion, I believe the Rams will watch the season move along for Joyner and decide at the end of the year whether they want to bring him back or not. Is he candidate for the franchise tag again? Maybe. However, Cooks and Donald will both be set for free agency and likely would be far and beyond the priorities over Joyner.