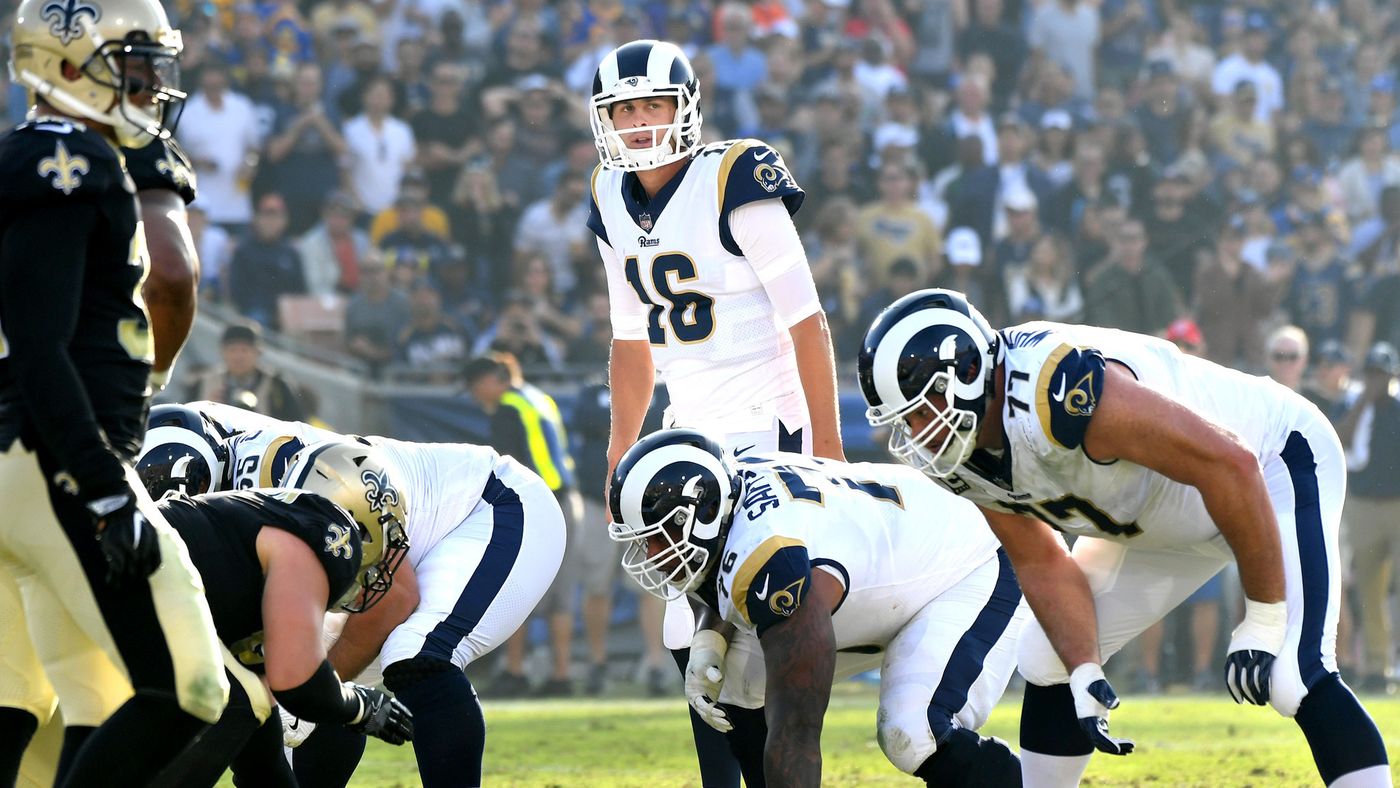 Training camp is looming for the Los Angeles Rams but while other teams try and decide who is starting under center for their team that is certainly one area the Rams will not have to worry about. What is the question is this: who is going to make this roster behind Pro Bowl QB Jared Goff? It’s time to take a look and preview the QB room. 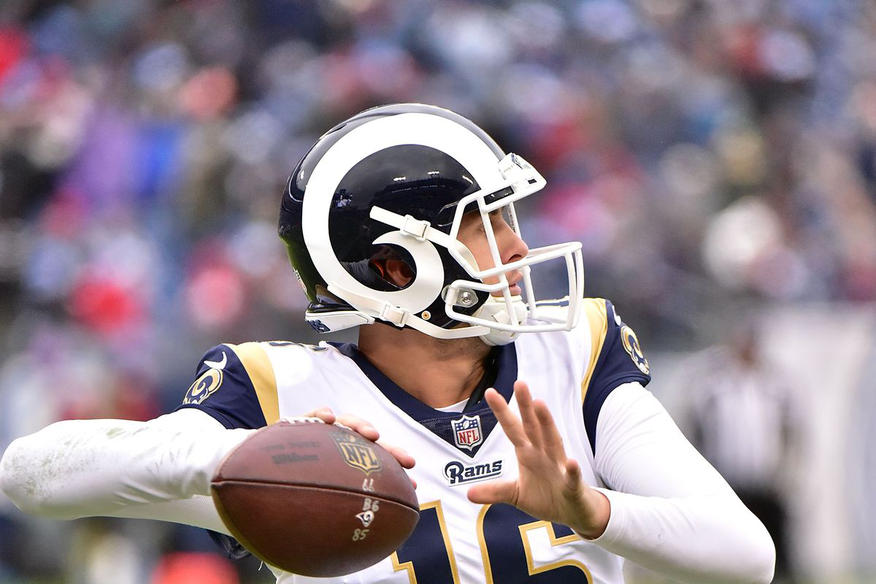 This is a pretty simple concept. Jared Goff started off his professional career 0-7 in a nightmare rookie season. He comes back in year two with a new coach, new receivers and a new offensive scheme and he takes the Rams to the playoffs for the first time since 2004. Jared is not going to lose his job unless an injury is involved.

Goff made significant strides obviously but it is important to keep in mind that was just one season. With the Rams young signal-caller not turning 24 until October, the Rams have a lot to work on with Goff. He still struggles from a consistency standpoint. Goff does tend to fall back and throw off his back foot often, causing him to lose velocity and not really drive the ball. However, Goff had confidence issues in his rookie year, accuracy issues and issues reading coverages. That has all been improved in one year’s time. It will be extremely interesting to see Goff under McVay in another year after the installation of the offense.

Where do I see Goff ending up? I think when you look at what the Rams did by bringing in more offensive linemen help, you have to be excited if you are Goff. The Rams finally have some nice offensive line depth after spending a third, fourth and sixth round pick on three talented linemen. Furthermore, Goff had his receiver Sammy Watkins replaced with Brandin Cooks who has been more productive in his career than Watkins. Cooks gives the Rams speed that Tavon Austin possessed but with the ability to run routes, make consistent receptions and take the top off the defense as a legitimate number one receiver. When you put together the fact Goff also has Robert Woods, Cooper Kupp, Josh Reynolds and young tight end’s that have yet to fully showcase their talent, you can tell there is a lot of toys for Goff to play with.

I don’t know if Goff will ever be the best player in the league but he has a chance to be a top five QB year in and year out. A lot of that has to do with his Head coach, his weapons and his coach-ability. 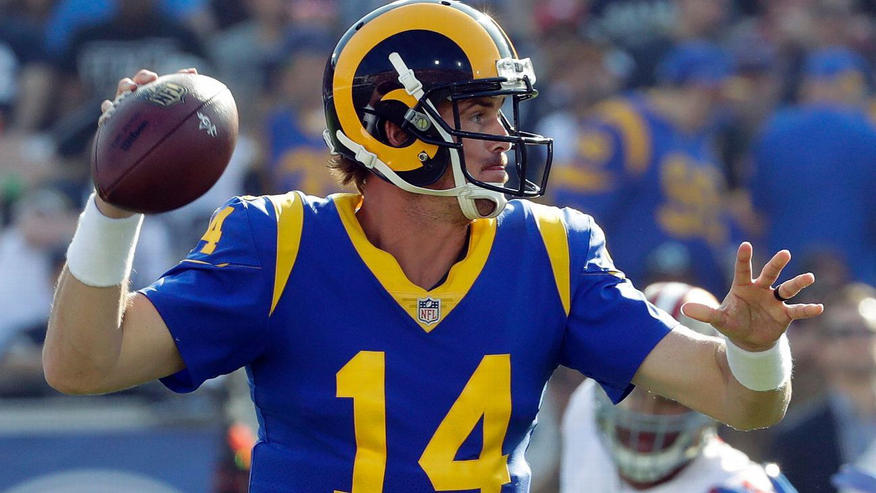 Sean Mannion was last year’s backup QB and the Rams did not draft a signal-caller in the 2018 NFL Draft. Odds are, that means Mannion is going to remain the backup until he becomes a free agent. Mannion has started one game in his career and it was only with one starter (RG: Jamon Brown). Could Mannion develop into a starter at some point? Yes, but the money would not be on him being that for the Rams.

Mannion figures to have another solid preseason and try to get some more film on his resume before backing up Goff the rest of the year. Mannion has the big and tall profile of a stereotypical NFL franchise QB. The problem is he tends to lock onto one receiver too often and doesn’t have the pocket mobility that the modern day NFL game is looking for.

The best case scenario for Mannion is to stay healthy, play at a high level in preseason and once again build up that resume for teams as he hits free agency. Of course, this is still a third-round pick that has remained on the roster even during a new regime that did not draft him. 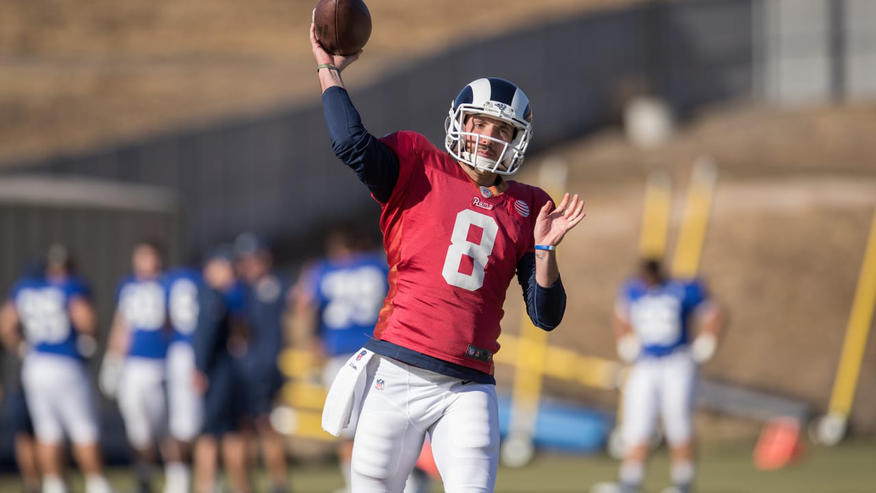 An intriguing Quarterback from the Jacksonville Jaguars via a waiver claim. The Rams made the claim to secure the rights to Allen and reunite him with his original Offensive coordinator Greg Olson. The Jaguars tried to be slick and slide him onto their practice squad but sure enough the Rams swooped in and stole him right away. Now that Olson is in Oakland the connection may not be there but the talent is when you talk about Allen.

Allen is someone that has the pocket mobility teams are looking for but also the ability to really command the short and intermediate passing game. Allen has a quick release and some underrated overall arm talent coupled with his underrated athleticism. He’s not as big as a QB like Mannion but Allen could be one camp session and a preseason breakout away from stealing the backup job out from under Mannion.

Allen was on the 53-man roster last year but after suffering a back injury he was placed on injured reserve. As long as he is healthy he has a serious chance to force the Rams hand and trade away or cut Sean Mannion.

Chance of making 53-Man Roster: 75%  – I think it’s important to realize this team is as talented as they have had in over a decade. With that being said, they might not be able to stash three QB’s on the roster. I lean towards the idea they do. 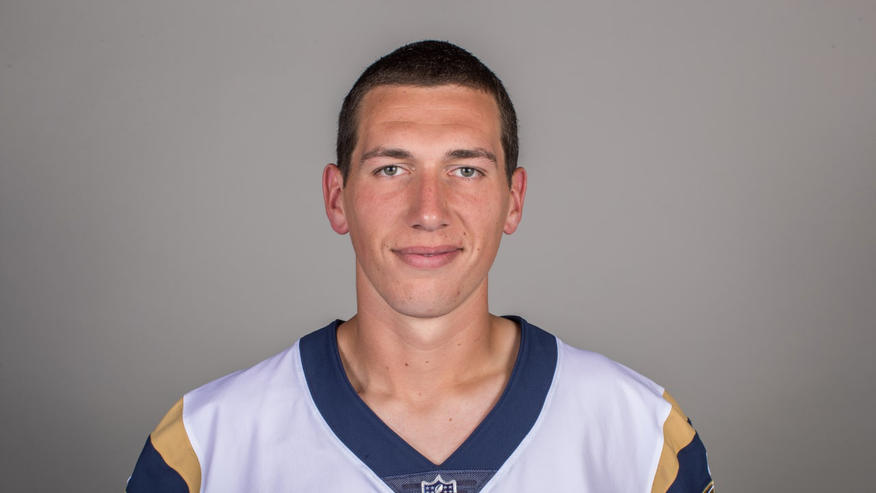 Perhaps the most interesting of the bunch behind Goff is Luis Perez. He’s not the biggest or the most athletic QB but he’s got decent size, he’s extremely intelligent and he displays great accuracy. He’s only played the Quarterback position since 2013 so I imagine this team is going to make him their project and place him on the practice squad.

He’s not there yet but Perez could become the backup behind Goff if he waits it out. The Rams likely will cut him but as long as he gets to stay on their practice squad, I like Sean McVay’s chances to develop Perez.

Chance of making 53-Man Roster: 17% – I don’t think it’s impossible for Perez to make the team but I don’t think it’s likely either. Perez has a long way to go but I think anything can happen, such as: an injury. Perez is definitely someone to watch for in the preseason.

What does RG Jamon Brown's two-game suspension mean for the Rams?