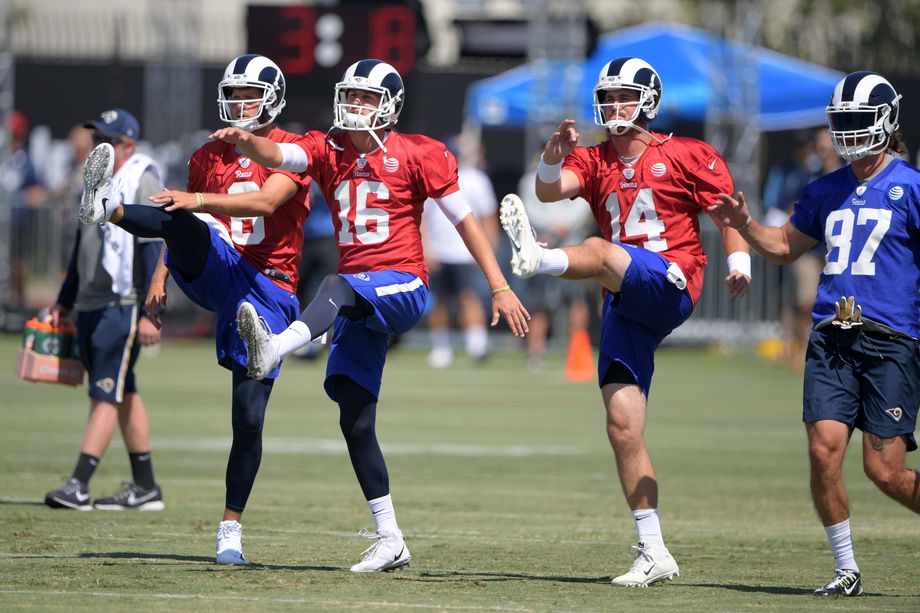 As we enter the first week of summer break we are faced with the final leg of the unbearable crucible that is the NFL off season. So while we wait for football, let’s check out a few takeaways leading into training camp.

If you’ve been a Rams fan for any length of time you’ve probably already noticed how much extra content is devoted to the team. Hard Knocks, Behind the Grind, All or Nothing, and all of the exclusives the franchise produces for social media since the relocation to LA has given Rams fans a lot to consume. Through the next several weeks all the big media sources will cover the Rams in one aspect or another. This will definitely ease the pain for fans during summer break. I can tell you I am extremely satisfied with any two minute clip of the Rams doing anything and I’m hoping this extra access will continue in the future. For now, we can all take it easy this summer and continue to enjoy the spotlight our football team has attained.

Although the Rams are a star studded affair, there are still personnel wrinkles to iron out in training camp and preseason. As of now we are assuming Ebukam, Littleton, Barron, and Longacre have each earned their respective starting positions. However, with players like Wilson, Lawler, Okoronkwo, and Kiser looming on the depth chart there are plenty of opportunities for young talent to out perform their experience. Although it’s unlikely that rookie LBs will be taking a starting role, there will definitely be heated competition for these new additions to compete for rotational roles and depth chart position. Wade Phillips may put emphasis on DL and Secondary talent, but with as many players as the Rams have at LB there is sure to be at least one unexpected surprise. I am looking forward to Cory Littleton’s performance as the signal caller and I am interested to watch his development in the middle of what should be a top rated defense in 2018.

Another area of interest is the Tight End position. To Higbee or not to Higbee, that should not be the question. The Rams will need big seasons from both Everett and Higbee in 2018. Both players are used in different ways and the Rams will run two tight end sets. Even though the expectations are escalating for Gerald Everett, mine included, modest improvement from 2017 would be counted as a success. I for one hope to see both tight ends dominate in their respective ways, however it is very likely that Everett attains a starring role in McVay’s offense and finds his name at the top of the depth chart. What adds interest to this particular group is the return of Hemingway. Depending on his health and ability, he could easily find himself as the number two tight end. For now, I expect Higbee to be the staple heading into training camp but with everyone looking for a huge breakout from Everett. 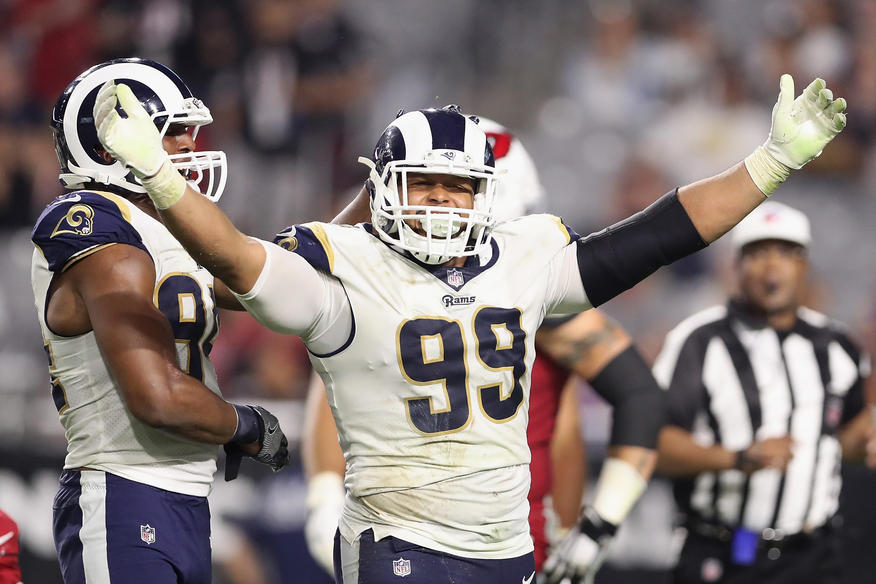 Plenty has been said regarding Aaron Donald’s holdout. There is plenty more to say, that is, when training camp begins and he either shows or doesn’t. Until then, not much has changed since last year aside from Donald’s communication with Sean McVay. Hopefully the mutual respect between player and coach has cultivated a new motivation for a deal to get done. Wishful thinking aside, the new line of communication is basically the only update to this story and probably has little impact on the negotiations.

With no contact drills being performed, the little taste of football everyone enjoyed through OTA’s and minicamp essentially provided a first look at the Rams wide receivers and secondary. What has been reported by coaches, players, and observers alike is the high level of talent in both groups. Hopefully during this short break both WRs and DBs can solidify their friendships and chemistry and continue building what has been described as a special culture. Heading into training camp, look for both groups to continue to make headlines. There is significant talent everywhere on the Rams roster, but in these two groups the talent will be quite significant to the Rams success. I look forward to a 2018 season that will be headlined by these two groups.

As many predictions as I’d like to make, the real meat and potatoes arrives with training camp. Until then we can look forward to more bonus Rams coverage, debates over depth placements, randomly hashtagging Pay the Man like bumperstickers, and enjoying the hype of our Cornerbacks and Wide Receivers.

Hopefully nothing too eventful happens with the Rams during summer break, unless of course it involves Aaron Donald, his money, and his signature.