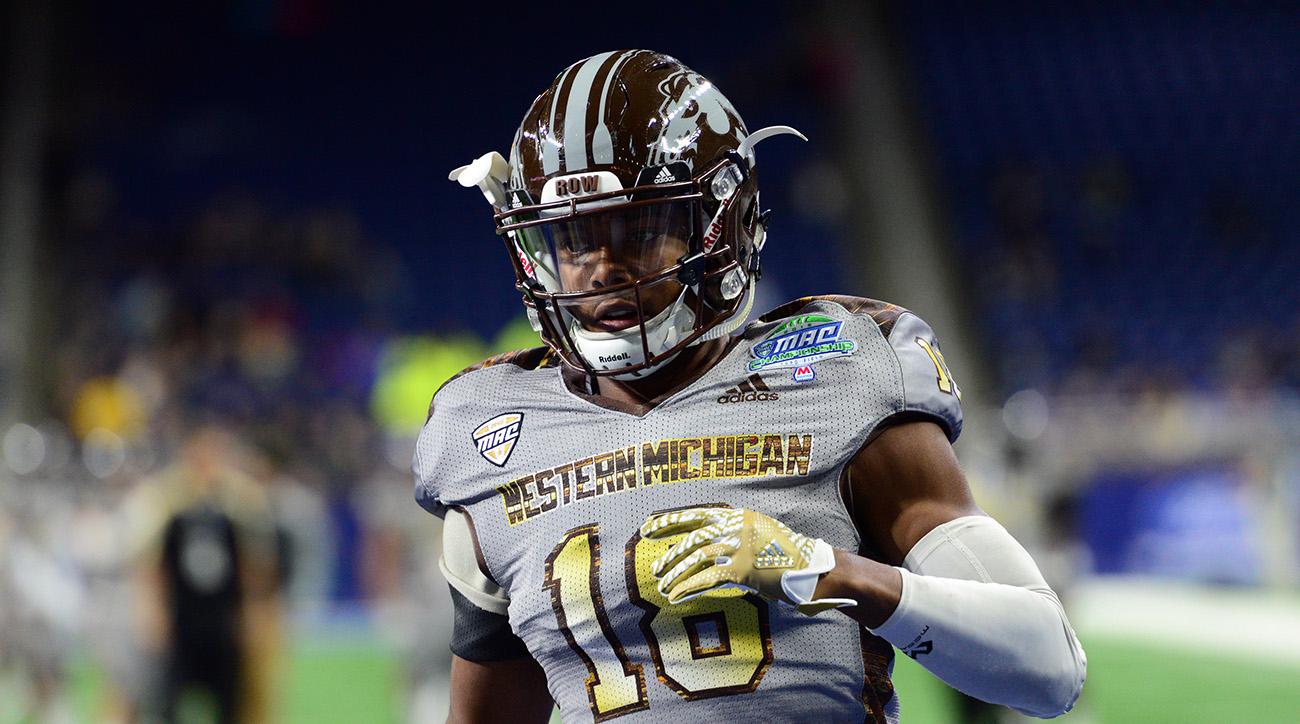 You have to go back to 2015 to find the last time a player was selected in the NFL Supplemental Draft. That last time, however, was the St. Louis Rams selecting Clemson OT Isaiah Battle in the fifth round.

Of course, Battle never worked out and due to the selection by rule, the Rams had to relinquish their 2016 fifth-round pick. This year there are three legitimate prospects expected to be in this supplemental draft. It started with the 6-foot-3 Virginia Tech CB Adonis Alexander announcing his intentions to apply for the Supplemental draft soon after Western Michigan standout CB Sam Beal and Mississippi State Safety Brandon Bryant displayed their intentions to be a part of the draft as well.

With the Rams having a Super Bowl caliber roster on paper it may not seem like a need but the question remains, should the Rams draft someone in this Supplemental draft? First, before anything, you have to look at your assets at the moment as far as the draft goes next year. The Rams have all of their picks except their second-round pick that they trade away as part of the Marcus Peters deal and potentially the seventh-round pick they give to the Giants this year or next year depending on if the Broncos trade their pick to the Giants or not which is also conditional. So, the Rams could use the supplemental draft and pick in rounds three, four, five and six but not seven or the second. Here are the three options for the Rams to choose from. 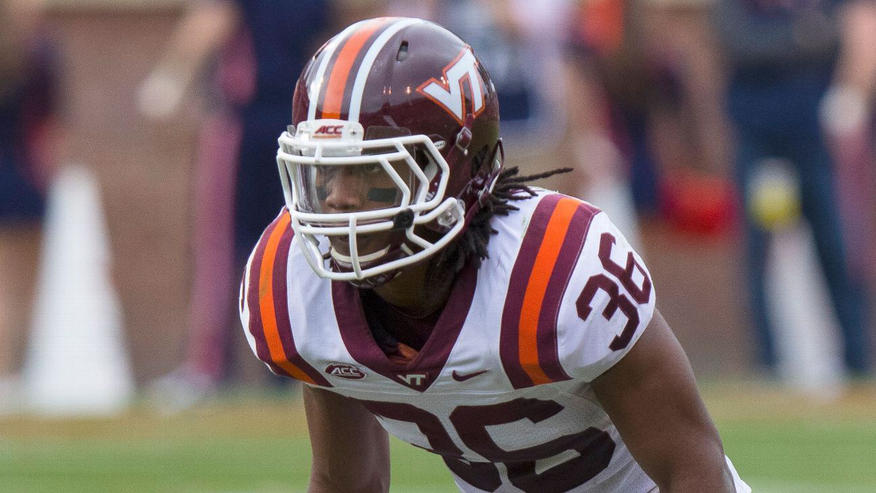 The first option is the most likely due to the fact Adonis Alexander is officially locked in as an option for the draft itself. The big long-limbed cornerback has had some off-the-field issues for sure but he offers a lot as a long-term investment. This is not a player that should be starting in year one but a situation like the Rams have provides a lot of attraction. First, the Rams are fine at the CB position…for now. Marcus Peters finds himself as an unrestricted free agent in 2020 along with fellow starter Aqib Talib, Sam Shields is only signed for one year as is Troy Hill and Kevin Peterson (who is an exclusive rights free agent). That’s not to mention Dominique Hatfield and Taurean Nixon are both restricted free agents in 2020. The only cornerback on the roster through 2021 is Nickell Robey-Coleman who plays the nickel spot.

Alexander might not even play in 2018 if he is drafted by the Rams but let’s not forget why he applied for the Supplemental draft in the first place. It was simply because when he decided to stay in school the NCAA ruled him academically ineligible to play. This isn’t a guy that was dying to make the move to the NFL right away. This is someone that simply felt there was no reason not to. With the type of veterans around Alexander, this could be a beneficial landing spot for him with a chance to also win a Super Bowl in his rookie season.

What does Alexander bring to the table aside from size though? 32 games of experience at Virginia Tech, seven interceptions, 17 pass breakups, 125 total tackles, a forced fumble and a sack. Regardless, this is a player with fluid hips that has the ability to really redirect a receiver off the line of scrimmage with his length. His seven interceptions display obvious ball skills and his ability to play in both press man or off-ball coverage allows himself more leeway as far as what he can do to help a defense.

Alexander does struggle in some areas though, it starts with the off-field issues as far as the marijuana incident and violating team rules in 2017. If you ask me, I do not think that is much to worry about. The real issues to worry about are his inconsistencies with play speed and play awareness. At times, you will see a player that has a nose for the ball but then you might turn on another play only to find Alexander completely away from the ball. He also does suffer from the same type of problem Arden Key and Dorance Armstrong suffered from and that is the tape disparity from his 2016 tape to his 2017. Did he regress? These are things teams need to diagnose before unloading a draft pick for next year’s draft when you have yet to see how the current season will play out.

Round Prediction: I see him as a fifth-round pick. You liked some of the things that Battle brought to the table as an athletic offensive tackle but you saw the negatives as well and of course, he flopped in the NFL. With Alexander, it’s similar but Alexander is less of a project than Battle was. I wouldn’t be shocked if Alexander went in the fourth but with the potential of the other two guys Beal and Bryant joining the fray, I could see Alexander slipping.

Sam Beal is the better prospect in my opinion and he’s the most NFL-ready one as well but that’s the issue here. The Rams are “all-in” but that doesn’t mean they are going to spend a third-round selection next year to nab Beal’s services. Beal is likely going to play a lot in his rookie year, he’s that good. However, there is no way the Rams can afford to give up a third after not having a second with Peters. Plus, who knows, Beal could be a second-round pick in this Supplemental draft. I really like Beal and if the Rams nabbed him in the fourth they would have a nice future going on at CB. However, it’s just unlikely. Beal doesn’t have a serious off-field concern and just like his off-field concerns, he doesn’t seem to have many weaknesses either.

A taller cornerback that mirrors receivers well, sticks to them like glue, has legitimate speed and excels in press man coverage. Beal petitioned the league and so he will most likely be approved. This is the player a team like the New York Giants or New England Patriots might snag due to lack of starting talent or confidence in that said starting talent. The Rams have three guaranteed starters and a potential stud fourth corner in Shields. They will not spend the capital it will take to acquire Sam Beal. If the Rams did acquire him though, they would have to take a long look at potentially trading a cornerback and maybe in return picking up another pick or even a linebacker.

Round Prediction: This guy to me checks all of the boxes. I don’t know why he didn’t come out this year in the first place. I see second round talent. However, I think teams will use the Isaiah Battle experience as an excuse to pull themselves away from a potential selection that high. Beal to me heads to the New York Giants via a third round selection. Janoris Jenkins is great but who’s playing next to him? Riley Curtis? William Gay? Eli Apple? Um no. The Giants will take Beal in round three. 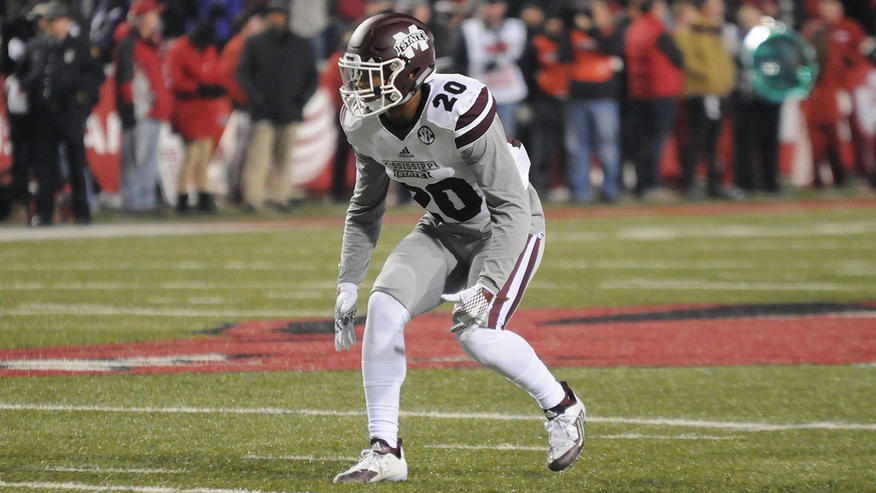 The least productive prospect of the three is probably the most intriguing of the three. With Sam Beal, we know he has the skill to play right away and with Adonis Alexander, we know he has the raw size to be a factor if developed properly but with Brandon Bryant, we are looking at an athletic freak or rather a physical specimen. Bryant ran a 4.24-second 40-yard dash and deadlifted 600 pounds according to NFL.com. Bryant didn’t get to play much so there isn’t a ton of tape on him out there but make no mistake Bryant offers a lot of athleticism for a team to play around with and try to mold.

Due to the lack of production Bryant is likely a sixth round-to-undrafted prospect at best. It bodes well for a team that is looking for a developmental guy with amazing athletic build but doesn’t want to pay top dollar for him. With the Rams, they have their two starters for this season in LaMarcus Joyner and John Johnson III but it is worth mentioning how important of a role the newly-signed Jacksonville Jaguar and now former Ram Cody Davis played. The Rams obviously like what they have in Marqui Christian and Blake Countess, as well as some of the UDFA’s they added like Steven Parker and Afolabi Laguda but Bryant might make a lot of sense for this team. Even so, Joyner is not a guarantee long-term as he plays through the franchise tag this season.

Bryant is another fun project that would be a nice fit for the Rams as far as fit, where he’s at with development and value. It’s going to be hard for the Rams to not even bid on any of these prospects. It’s not like the past, this is a legit class of Supplemental draft prospects. In the past, only 43 players have been drafted since the Supplemental draft was installed in the 1977 season. There could be three in this draft alone.

Round Prediction: I am going to go out on a limb and say that Bryant gets drafted in the sixth round because teams in this league just love athleticism. He has rare athleticism and he’s a workout warrior. Sure, the academic issues are a shame but we know putting in the work towards football is not an issue for Bryant. This is a player that needs a few years but if he falls into someone’s grasp that knows what they are doing. You could have a really good football player out of it.

What are your thoughts on these three guys? Do you believe the Rams should take any of them? Let us know!