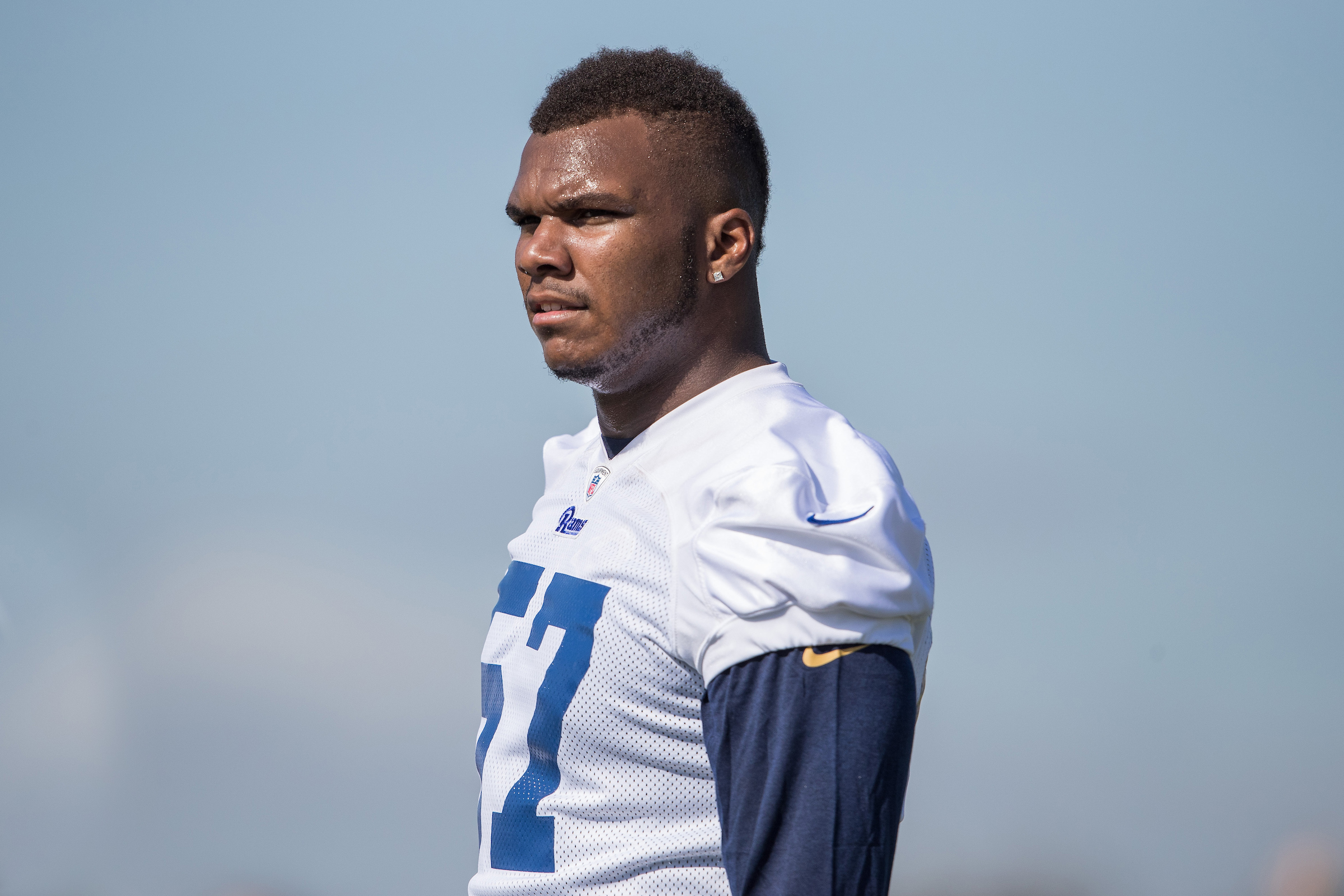 The Rams turned some heads when they selected the edge defender out of Stephen F. Austin, but John Franklin-Myers might end up being the star of their class when it’s all said and done…

Rams rookie Franklin-Myers is 6-foot-4 and 283 pounds but moves extremely well and it allows to him play on the line or the edge. His body type and athletic profile match former Wade Phillips drafted players J.J. Watt and Adam Gotsis. Obviously, Watt is the bigger name there and for awhile he looked like the best defensive player in football. Franklin-Myers has that same similar build which would make him an extra large outside linebacker.

Watt his rookie year had 5.5 sacks, 56 tackles and two fumble recoveries as a 16-game starter. It’s not to say Franklin-Myers is going to be the next Watt, but an injury to Morgan Fox and the fact he’s a fourth-round pick in a draft that had the Rams picking as high as the third round this year, will give him some serious opportunity. None of these draft picks are slated to start but Franklin-Myers playing on the same line as Aaron Donald, Ndamukong Suh, Michael Brockers and Dominique Easley will allow him plenty of opportunities to learn and grow under their’s and coach Wade Phillips’ tutelage. The Rams key with this defense will be their defensive depth, they can rotate all around the line and Franklin-Myers is going to benefit from it for sure.

When Franklin-Myers came onto The Downtown Rams Podcast to guest host it with me he mentioned that he saw himself as a Michael Bennett type of player. The Rams rookie played at almost 300 pounds and slimmed down to the 280-pound range. He has a chance to be one of the more powerful 3-4 defensive ends in the league. He displayed plenty of quickness and sheer power on his college tape and that’s sure to translate and then some with the Rams moving forward.

Every draft we find a few “diamonds in the rough” so to speak. I believe that when you look at John Franklin-Myers he embodies just that. Coming from a small school, not being heavily recruited because he played for an 0-40 high school football team and was not invited to the Senior Bowl. He tested well at the combine and put on some explosive tape but he didn’t play across from any true NFL talent. These are the same things you see when you look back at a guy’s career and wonder how teams missed on him. Franklin-Myers sets off that same kind of vibe.

With the coaches in the Rams organization, the amount of talent and the way the modern game has changed, it’s likely Franklin-Myers is in the driver’s seat to do some damage this season. Does he need to refine his technique? Sure, but his explosion, aggressive nature and his motor are going to propel him into the starting lineup down the road. Expect big things from the former Lumberjack sack artist.