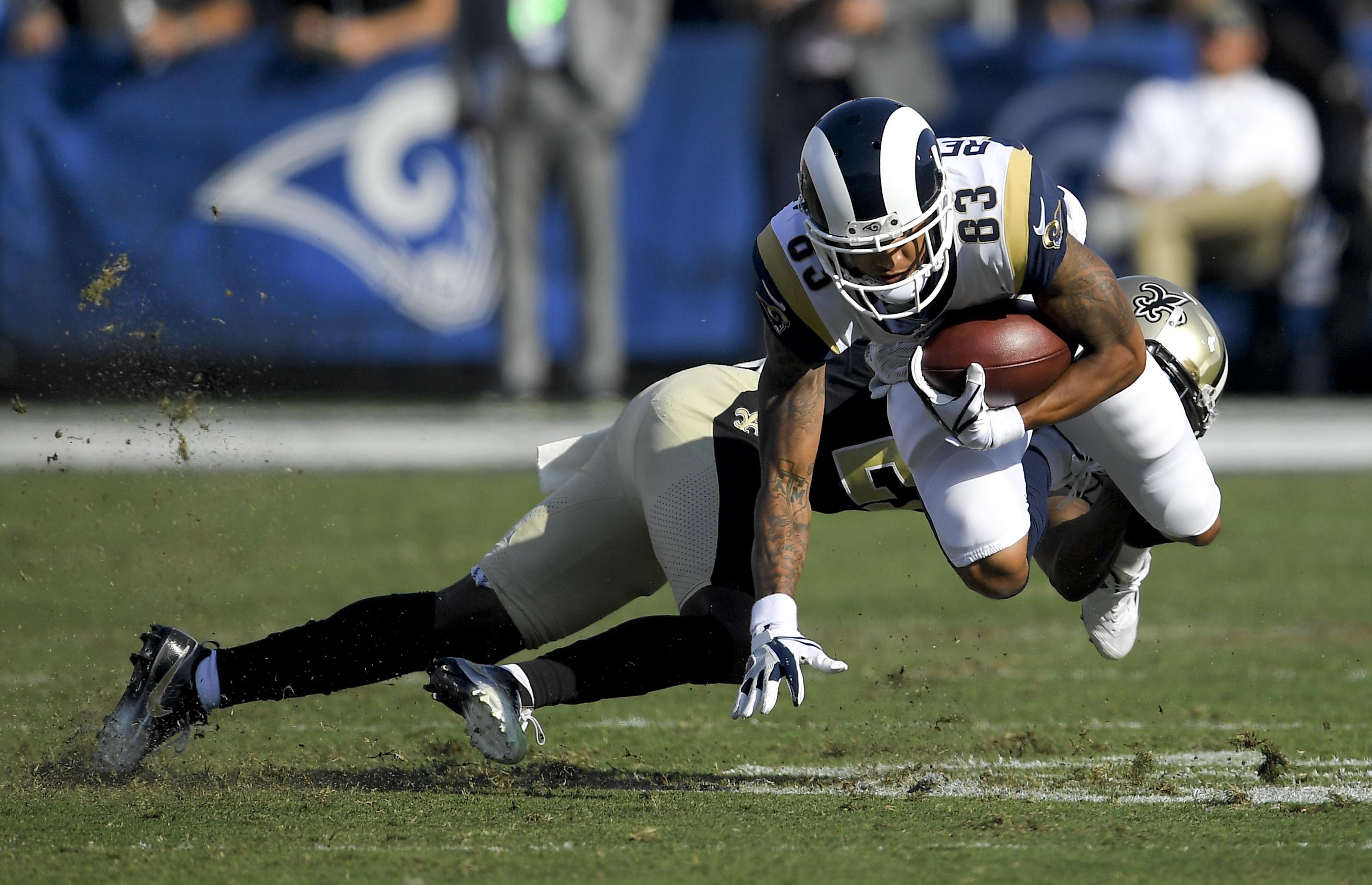 According to Joe Curley, Rams second-year wideout Josh Reynolds has been rehabbing an injury he suffered in the Rams last game of the 2017-18 season that came in the playoffs against the Atlanta Falcons.

Josh Reynolds was stuck as the team’s number four wideout last season due to the team having rookie star Cooper Kupp, Robert Woods and trade acquisition Sammy Watkins. This year he looks at the same scenario with a new trade acquisition in star WR Brandin Cooks. This injury is a shame as it came at the end of the fourth quarter in the Rams playoff loss but like Reynolds said to Joe, he has had the opportunity to start the grind and get focused on football earlier than most players in the league. Reynolds is expected to be a key contributing role player on special teams and in the Rams offense.

The team drafted Reynolds in the fourth round of the 2017 NFL Draft and while he looks at just the fourth spot on the roster, it does not mean he will get starved in an offense that was one of the best last year and likely only improved this offseason. The Reynolds rehabbing does open the door for third-year WR Mike Thomas to finally come into his own, Pro Bowl PR/KR Pharoh Cooper who has been used sparingly on offense but a ton as a special teamer and other receivers such as UDFA’s LaQuvionte Gonzalez, Steven Mitchell, Ricky Jeune among others.

With this injury, it’s a serious thing and will be something to keep an eye on and monitor not just this season but with Reynolds moving forward as he already he tore the opposite shoulder’s labrum during his time at Texas A&M.