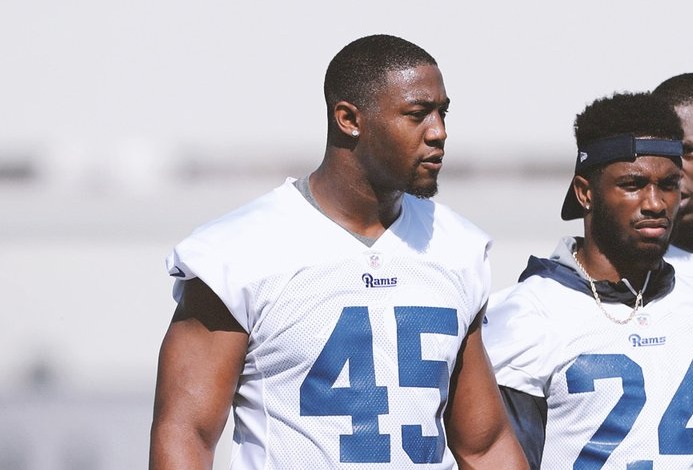 The Rams have announced that fifth-round pick Obo Okoronkwo will be out until training camp and likely even longer after undergoing surgery on his broken foot.

According to Rich Hammond, Okoronkwo will return but not necessarily at the start of training camp. This right here is a major setback for a player that was vying for a chance to start immediately this season. Obo mentioned that he viewed himself similar to former Ram OLB Robert Quinn and was looking to fill right in for him. Now, he will likely have to wait awhile and while that’s going on players like fellow draftee’s John Franklin-Myers, Trevon Young and even recent-UDFA signing Brian Womac will have a chance to upend Okoronkwo on the depth chart.

Obviously, the Rams have plans for the former Oklahoma Sooner pass rusher but those could be placed on the back burner if a Womac or Young really stand out. The Rams only have one guaranteed starter on the outside as of right now and that is Samson Ebukam, last year’s fourth-round pick. The window of opportunity is now wide open especially with this injury. With that being said forgotten seventh-round pass rusher Ejuan Price is someone to also watch out for as well as Garrett Sickels who saw snaps last year.