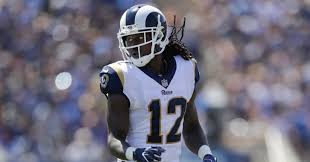 From the beginning of the 2017 NFL offseason the Rams started to stir the pot with talks of players they were going to franchise tag. The options giving to them were newly arrived WR Sammy Watkins and DB Lamarcus Joyner. Fans were torn of which player their team should apply the tag to. Finally the Rams made a thunderous splash in the offseason and drowned the rumors with a trade. On April 3rd, 2018 the Rams traded the 23rd overall pick and a fourth-rounder for WR Brandin Cooks and a sixth-round pick. The message was clear, the Rams were moving on from underwhelming WR Sammy Watkins and bringing in a proven weapon. Watkins was then taken in free agency by the Kansas City Chiefs and Joyner was signed to the franchise tag. 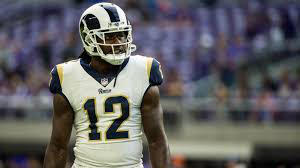 Over the course of his career, Watkins had been struck with injuries that have held him back. After starting strong in is rookie year playing all 16 games, Watkins games played started to take a significant drop over the next 2 years. Most of the decrease came from the injuries he was prone to receive more often than most receivers. Watkins from his production shows that he is a plug and play receiver that can make things happen when he stays healthy. Watkins had excellent run after the catch ability which is why his receptions were so low because he made the most of each reception. His natural ball catching hands and tracking of the football when in flight made him a great deep threat as well. Unfortunately, with all of his talent, Watkins hasn’t put up great numbers since year 2 due to his injury bug. On top of his injures he had some negatives in his game that diminished his effectiveness in the offense. Watkins could easily be eliminated by strong two-handed jams and  failed to sell vertical stems to open the defenders hips when he didn’t have his speed advantage. His below average body control and field awareness near the sideline kept most plays from becoming a big game.After most deep routes he was taken off the field, indication his lack of conditioning. Watkins may have been the Bills best weapon, but on the Rams he was just another plug and play wide receiver. 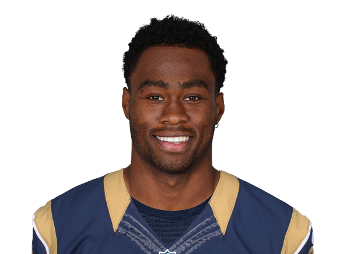 Brandin Cooks started out the gates slow in his rookie year, mostly because the Saints had Jimmy Graham to throw the rock to at any given opportunity. Once Cooks hit year 2 the floodgates were opened and the production doubled from year 1, into his first of many thousand yard seasons. Cooks consistently kept his numbers on the rise and his average for yards per catch increased every year by at least 1.5 yards. Cooks was the go to receiver in every offense he stepped into, gaining more than 100 targets since year 2. With Cooks quick hands, creativity, and vision after the catch he continued to dominate the field to prove his playmaking abilities. Cooks is one of three players since 2015 with over 1,000 yards receiving and over 5 receiving touchdowns. The other two receivers are Larry Fitzgerald and Antonio Brown, who are respectfully hall of fame players when their careers are over. With all of Cooks upside he did have some negatives as well in his game. Run blocking was never his strong suit and his size keeps him from being a jump ball receiver. On occasion Cooks will double catch a pass which can lead to easy drops or pass breakups for a defender. Even with these negatives and lack of run blocking Cooks is still putting up a great stat line that any NFL team would love to have. 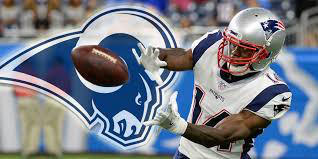 The comparison between these two NFL wide receivers is almost apples to oranges for most fans. Both of these players are speedsters with each a different play style that they bring to the Rams. Watkins was a receiver that got more yards after the catch with his ability to power through tackles while Cooks was more elusive. Both receivers can make any short catch into a home run play. Yet, Cooks fits the Rams offensive style better with his shiftiness and durability. Cooks gives the Rams an efficient route runner who knows how to get separation to make every throw easier for Jared Goff. It also helps that he is consistently finding the end zone and putting up over 1,000 yards for the past 3 years. The Rams definitely need a number 1 wide receiver that can raise their competitive edge to push further into the playoffs. With Cooks now at their disposal they can now set themselves up for long term success if they decide to lock him down long term. In the end, the Rams replaced Sammy Watkins with their version of Antonio Brown. His size, quickness, effort, and intelligence will bring the Rams a whole new dimension to their offense.