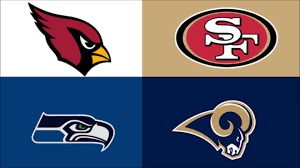 The NFC West has been on an insane power struggle as of recent years, switching divisional champions almost every year. The Rams, 49ers, Seahawks, and Cardinals all embrace this challenge every year of coming out on top to claim this title. Last year the Rams came out on top lead by sack master Aaron Donald and revitalized quarterback Jared Goff. This year is a whole different story. Plenty of changes have taken place within each team in the NFC West, thus changing the balance of power once again. Rams fans have seen this change over the course of the offseason, watching their team change primarily through trades and free agency. What does this all mean for the Rams the fans ask and that answer is simple. There is a new divisional rival this year. 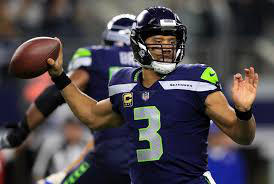 As of recent years the Seattle Seahawks have been the powerhouse of the NFC West, even winning a Super Bowl in 2014. Yet, slowly but surely we are seeing their rein of terror die off. Players have aged and moved on from Seattle, leaving them a shell of their former self. Every year their record shows the decline in competiveness and talent. We are finally seeing the Legion of Boom fall to ashes after many years of dominance. With Sherman, Avril, Bennett, and Lane all leaving the Seahawks in the offseason they have left some holes in the starting lineup behind. Already with one of the worst offensive lines in the NFL the Seahawks are already on the outside looking in. Seattle is also left with many holes to fill this season, which leaves them at the bottom of the division to claim the crown. Seahawks are not the team of previous years where they can compete. Seattle’s rein has ended as the Rams biggest divisional rival, leaving the rest of the NFC West to get ahead. 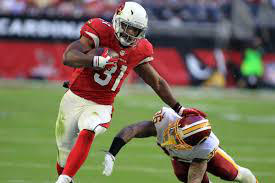 Somehow the underachieving and injury riddled Arizona Cardinals have seemed to stay in the mix again. The Cardinals have lost their best players last year to injury and fell short of making the playoffs, but this year is a new opportunity for them. With newly acquired Sam Bradford at the helm and a healthy David Johnson the opportunities are higher than last year. The Cardinals can still compete in this division with the new pieces added through the offseason. Still, after the whooping put on them last year by the Rams they have a lot to prove before they can take the crown from the Rams. The Cardinals are a close second as the Rams biggest division rivals but are still unproven. With their new quarterback room, offensive line, and newly appointed head coach they will have to group together to fight off the Rams. Lets not forget the biggest steal of the draft, Josh Rosen, who the Cardinals traded up for pennies on the dollar. This Arizona team is gearing up for the long haul and they may just have finally found their young franchise quarterback. 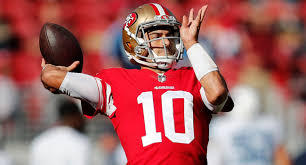 The 49ers have turned a new leaf this under their new GM John Lynch. In his first year as a NFL GM he has turned a dying franchise into the shining star of the bay area. The addition of new head coach Kyle Shanahan and a brand new quarterback Jimmy Garoppolo has changed this team around just as fast as the Rams have. In Jimmy’s first 6 games as their starter, he became a dominant force by winning all of his 6 starts as their QB. With that being said, the 49ers are definitely the Rams biggest division rival as of this year. What GM Lynch has done for this organization in such a short period of time is incredible, especially in his first year. The 49ers are only getting younger and more talented with each year. Even with key losses to their starting runningback Carlos Hyde and linebacker Ruben Foster they still find replacements through the draft to make it work. The fight for the NFC West crown will have to go through the Rams but the 49ers will fight tooth and nail for a chance at it. This year the old rivalry of the 49ers and Rams will come back with a vengeance. Both teams will be on the rise with young quarterbacks, head coaches, and solid defenses for years to come. This year is only beginning battles of the war that is to come for many years for the crown of the NFC West. Buckle up Rams fans, its showtime in California.

In short, this is the NFL and every year fans are all extremely surprised by the outcome it brings forth. We can never truly guess the outcome of how the season will turn out. We can only sit back and enjoy the surprises it brings. With the 49ers being the ultimate rival within the NFC West, the Rams will need to stay alert from their recent success. The rebounding Cardinals and the crumbling Seahawks are not a threat as of yet to the Rams chance at the crown. So this season will prove how far the Rams and 49ers have come in one short season, bringing back the days of old when they both ruled the West Coast. The 49ers can make the division title a struggle to achieve for the Rams this year to defend. If only the season would start today so we could see the battle start.