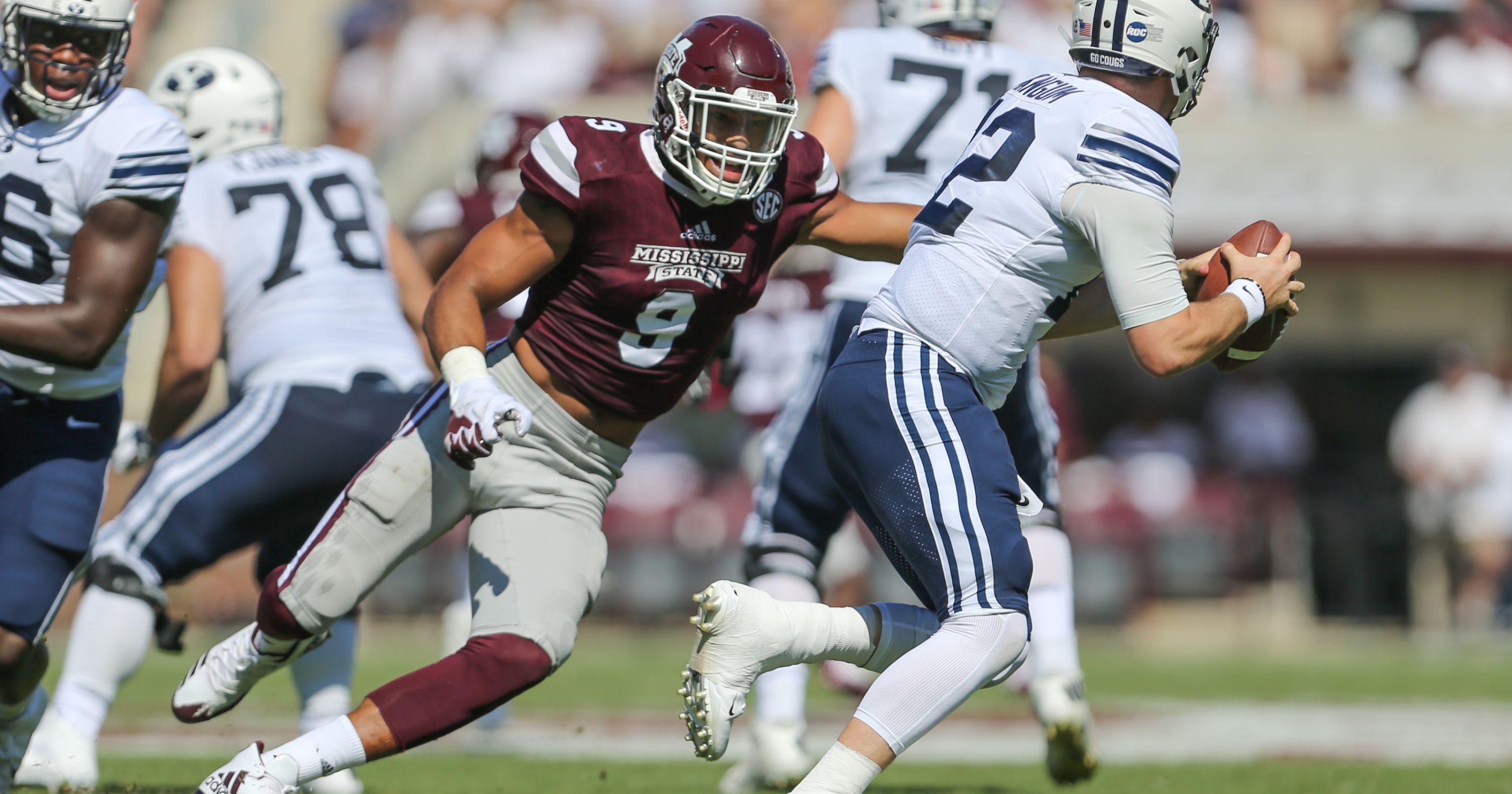 It’s back! Another Rams way-too-early mock draft. I expect this team will be picking really late next year so keep that in mind as you sift through this mock draft. 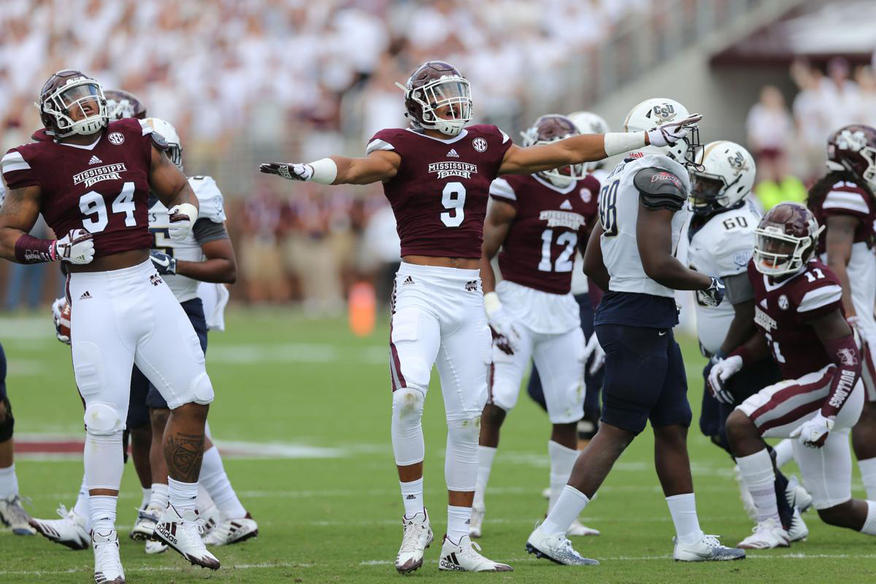 The Rams may have drafted a couple of guys to help on the edge but since this is a way-too-early mock draft, we don’t know what the future holds at the position. Montez Sweat as of right now would be a late first round pick and that’s exactly where I see the Rams picking. He offers the ability to explode off the edge, shows great bend and is a superb athlete.

The Rams could end up finding their guys this season with 2017 fourth-round pick Samson Ebukam, UDFA’s Matt Longacre, Garrett Sickels, this year’s 5th-round pick Ogbonnia Okoronkwo, this year’s 6th-round pick Trevon Young or even last year’s 7th-round pick Ejuan Price. At this point though, with a minuscule amount of team needs the Rams might just have to go with the best player available and the one that fits the closest thing to a need.

Sweat is definitely a player to watch this season because he does not have many weaknesses and could find himself climbing up the board. 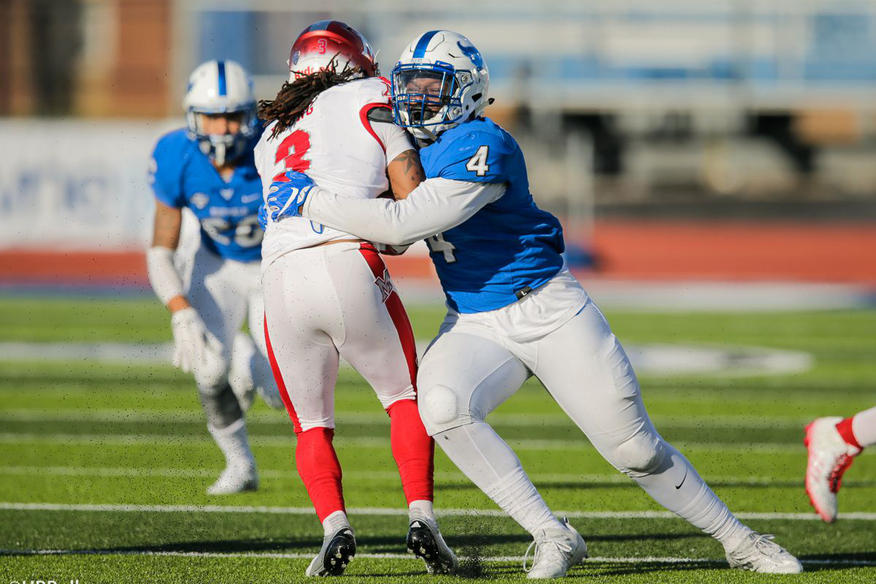 I know what you all are thinking, a man with the name of Khalil coming out of Buffalo? Sign me up. Honestly, Hodge is probably going to have this stock so high by the end of the year he’s an early second or first round player. Hodge is extremely rangy and athletic. He has the ability to blitz the QB at will with his speed and quickness but he shows the ability to cover downfield as well as making bone-crushing tackles in the middle of the field. Hodge might be a sleeper now but he won’t come next April.

Why would the Rams draft another linebacker though? With Mark Barron likely gone after this season, the Rams have Micah Kiser, Cory Littleton and Tegray Scales. As I’ve said before, I think Scales can be a long-term starter for the Rams and as great as Kiser is as a thumper, he’s such a liability in coverage that I don’t know if he will even end up starting. I love Littleton but to me, Hodge is one of the new age backers that you just have to take if he’s there in the third round. 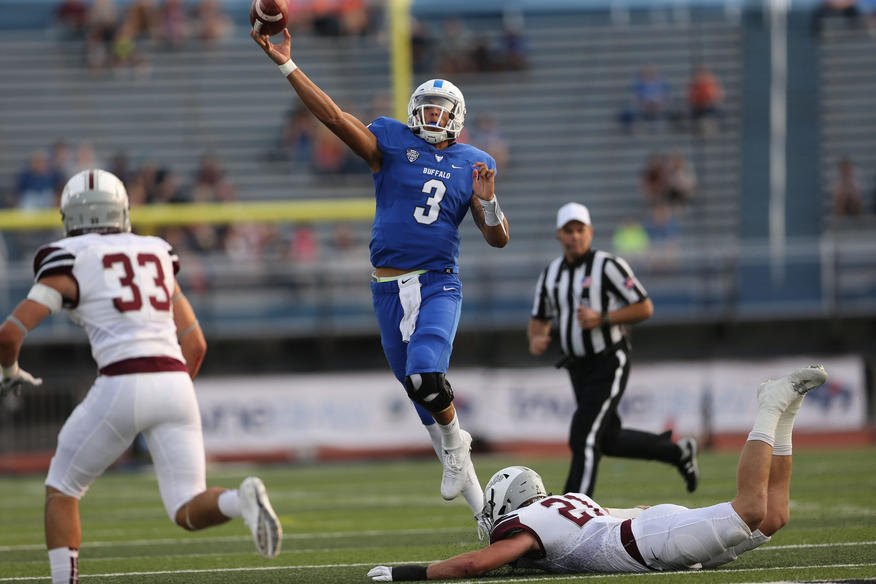 Back to back Buffalo guys? Yes, Tyree Jackson is a sleeper QB and I think when it’s all said and done he might end up being QB1 for me. This is a weaker class at quarterback so I wouldn’t be shocked to see Jackson fly up the boards and into the top 10 but as of right now he is around this point in the draft. Jackson offers unique dual-threat ability, with accuracy, arm strength, solid decision-making and improvisational skills that NFL scouts will drool over. If you liked Josh Allen’s size but wanted more as a runner and with ball placement then Tyree Jackson is your guy.

The Rams have Sean Mannion set to hit free agency after the season and Brandon Allen who is the developmental QB behind Jared Goff. Still, I think sooner or later Sean McVay is going to grab his guy behind Goff. I think Jackson would end up as a Jimmy Garoppolo type of situation where you either choose him over Goff or you use him as a currency and recoup some draft picks. 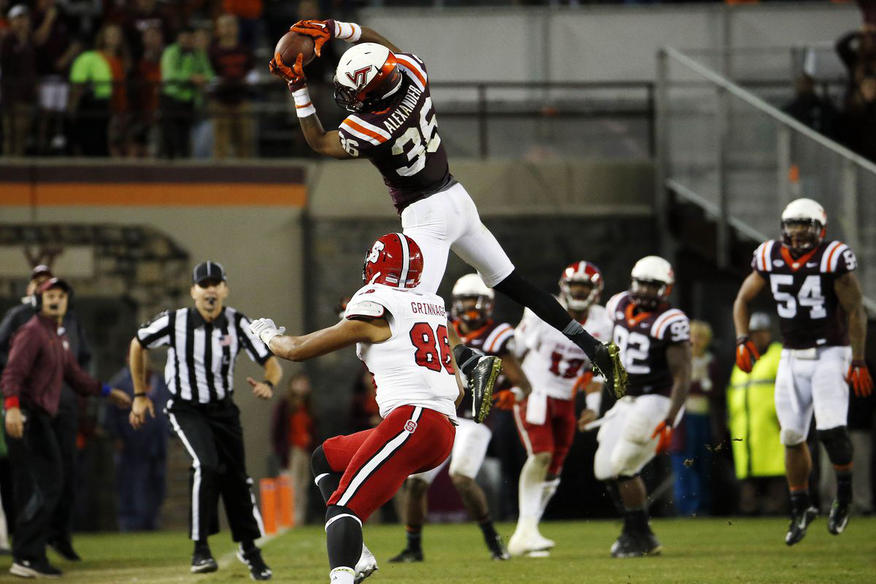 Adonis Alexander has a monster frame at 6-foot-3 that is going to be a nightmare for offenses in the NFL if developed properly. Alexander has good speed for the position and could blossom into a future star with some help.

With the Rams having Aqib Talib who will be 33-years old and the uncertain future of Marcus Peters who they will need to sign long-term, Alexander makes sense even if he has to sit behind everyone. Sam Shields is only signed for a year so the Rams, as deep at corner as they look now, would likely drop off if they didn’t prep for the future. 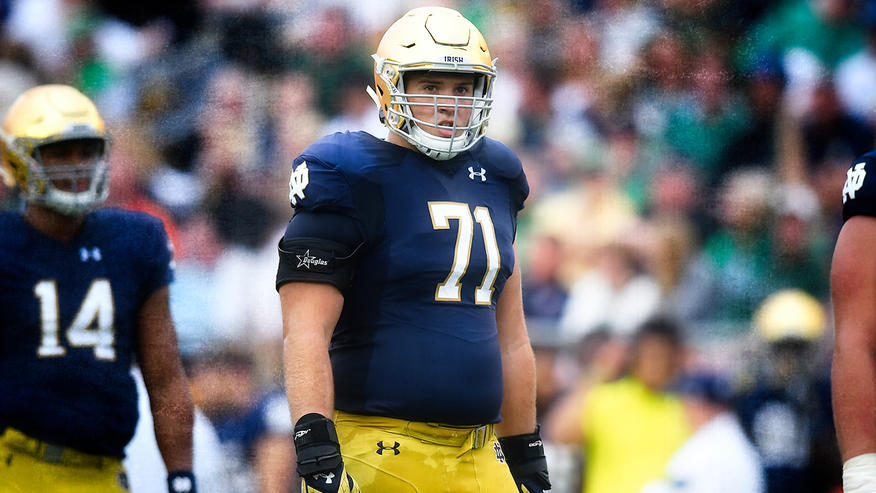 A player with the versatility to play all over the offensive line. Alex Bars had some good company he played alongside with first-round picks Quenton Nelson, Mike McGlinchey & Ronnie Stanley.

Rob Havenstein, Jamon Brown and Rodger Saffold are free agents after the season. The Rams got some help long-term in the draft, with selections of Joseph Noteboom, Brian Allen and Jamil Demby. However, I believe they could use one or two more and Bars would be a starter if the Rams lost two of the three free agent offensive linemen. 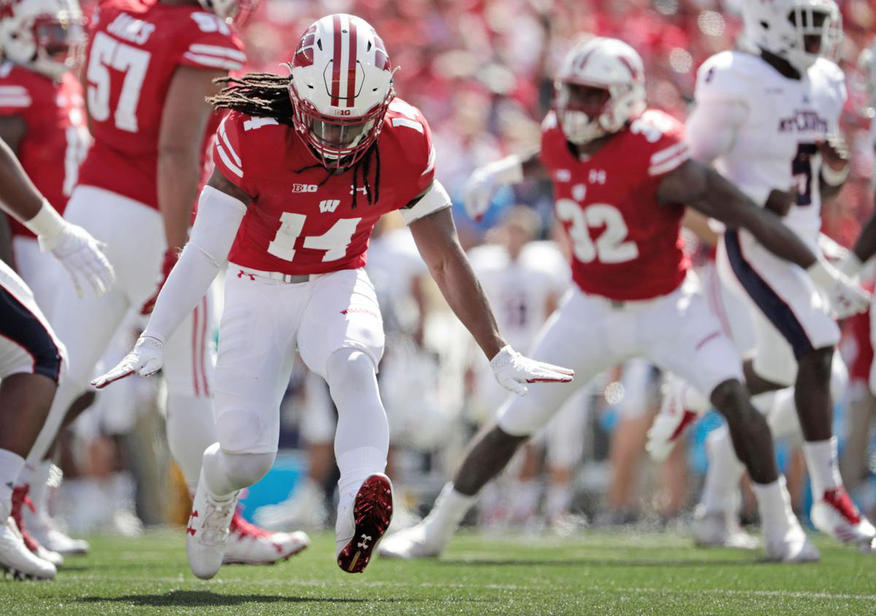 D’Cota Dixon is a fun player to watch. He has ball skills and absolutely lays the wood at times. With the future uncertain about LaMarcus Joyner, the Rams might have to spend a pick on adding depth in the back end of the secondary. 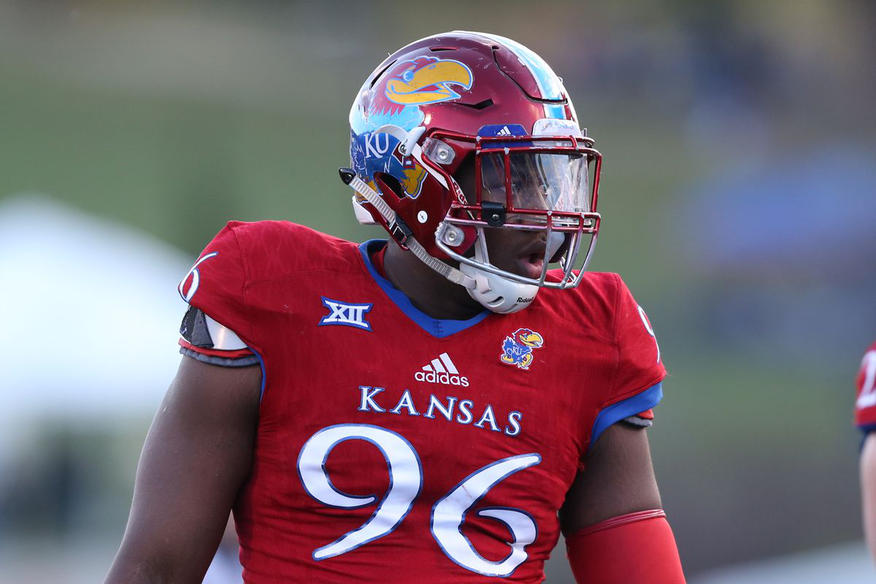 Ndamukong Suh only signed on for one year as well as Dominique Easley. I like a lot of the depth on the defensive line but late in the draft, I don’t mind adding another body the defensive line. Daniel Wise has been a team captain and was voted onto the Big 12 all-conference team multiple times. Wise is a run stuffer with some underrated pass rushing ability. Like his teammate who is now in the NFL Dorance Armstrong, he is going to be overshadowed by other defensive tackles that play for better teams. Still, Wise is someone I have watched grow at Kansas and he is going to be an intriguing pick in the 2019 draft. 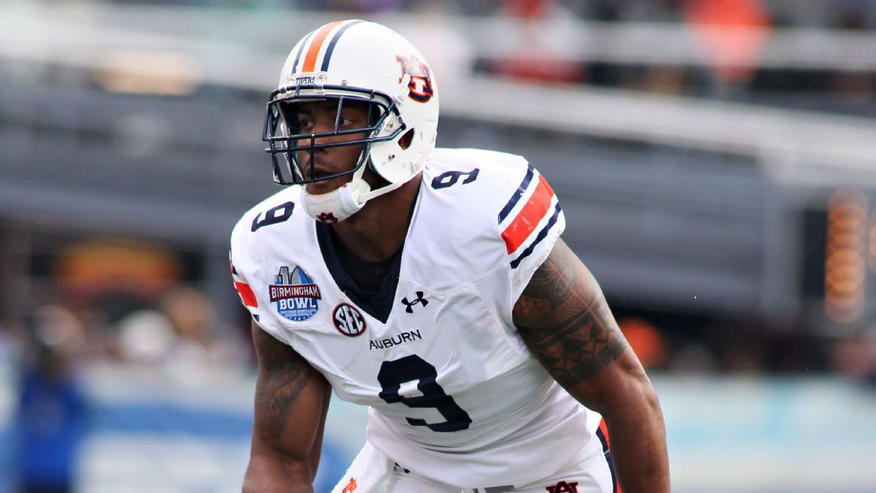 A former top overall recruit ended up transferring from Auburn to Maryland due to his mother’s health problems. Unfortunately, Cowart also had his own health problems. He had an issue with his appendix, so he hasn’t played since 2016. That’s why someone as talented as Cowart could fall to the end of the draft. It’s round seven and this point I’m taking a flier on someone that could find his rhythm again and end up being a star. Granted, this season he has a chance to ball out for Maryland and put himself back on the map again.

Revisiting my Free Agent and Draft Predictions for the Rams