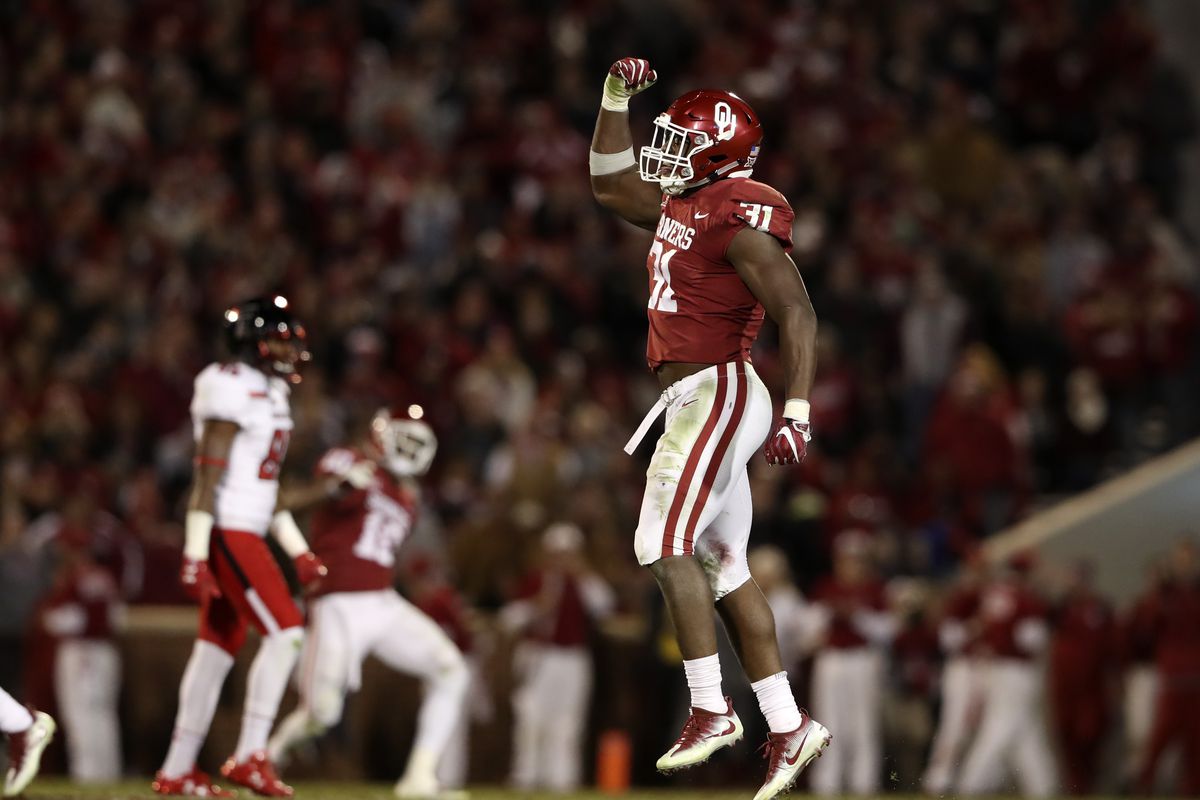 The 2018 NFL Draft has concluded and the Rams made moves all over the draft up and down. Here are my grades on each pick. 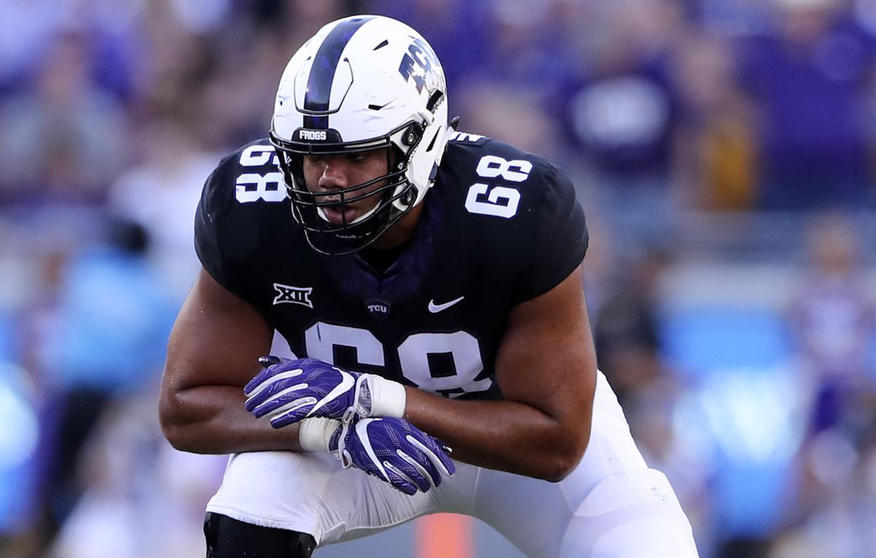 The pick makes a ton of sense for the Rams. Noteboom is a student of the game, he checks every box as far as his character and work ethic. The Rams will have three of their starting offensive linemen hitting free agency (Rodger Saffold, Jamon Brown & Rob Havenstein). Regardless of that, Andrew Whitworth and John Sullivan are getting up there in age. The Rams grabbed a very athletic tackle that will need work but has the potential to become a Pro Bowl LT in this league with the help of Whitworth and Offensive line coach Aaron Kromer. 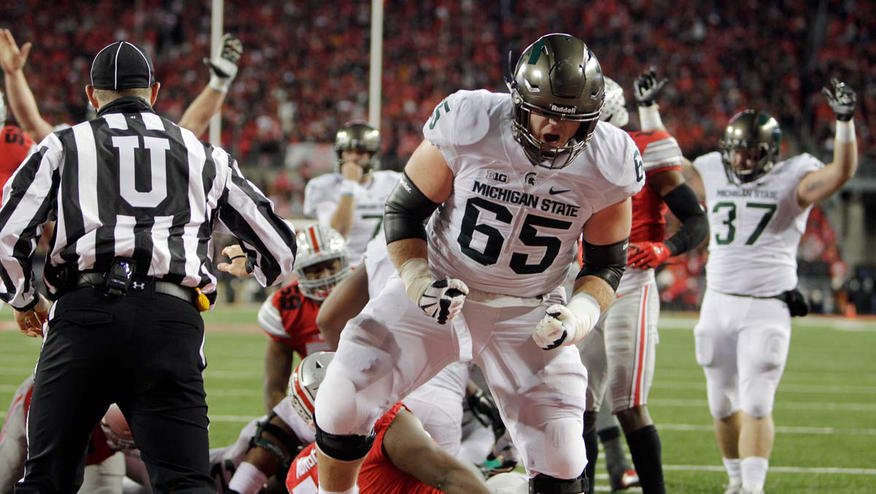 This move makes sense because of John Sullivan’s age but I question how much better Brian Allen will be than Rams backup center Austin Blythe. This grade does not end up as bad as my initial thoughts but due to how many talented players the Rams passed on, I can’t give a good grade for that. Allen should at some point end up being the starting center and if that happens this grade means nothing. 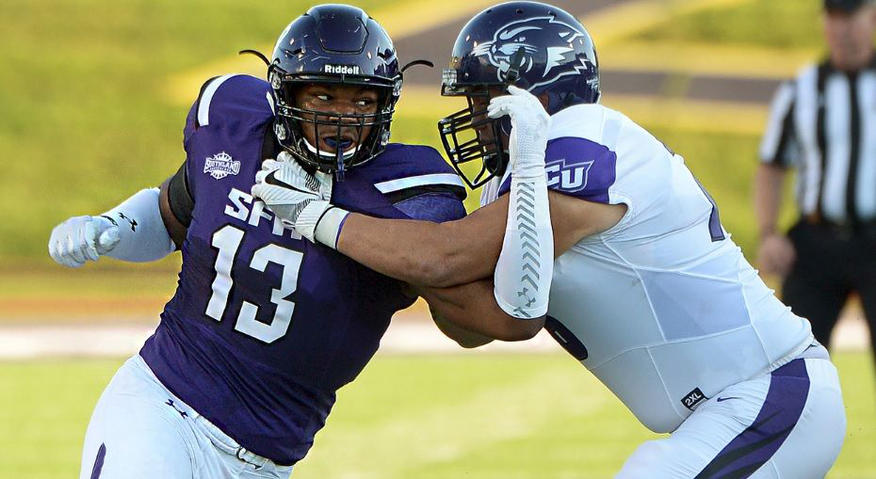 A little too early for my liking but with John Franklin-Myers you are getting a versatile, powerful and athletic tweener. He doesn’t have a true position, he’s likely going to just be an edge guy that can play as an outside linebacker or defensive end. The explosion and the overall upside with Franklin-Myers makes this pick understandable and will have a great chance to thrive under the great coaching staff the Rams have. 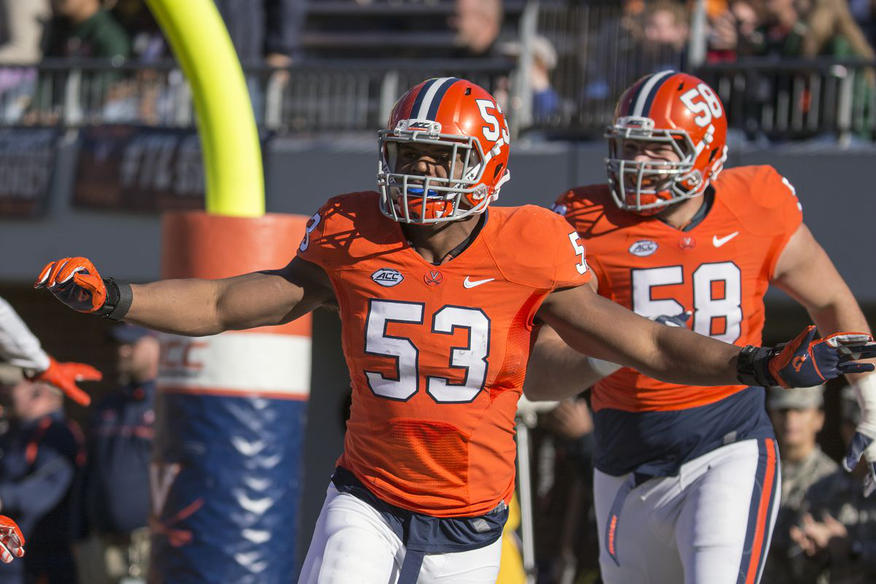 Micah Kiser was a great pick here and if you told me before the draft that the Rams would end up with Kiser in the fifth, I would have been a little surprised. Why is this not an A+ pick? He brings a lot to the table as a pure tackling machine that will fight for playing time in the middle with Cory Littleton, Bryce Hager and newly-signed Ramik Wilson. The reason he didn’t get an A+ is because I had higher grades on Genard Avery (2nd round grade) and Tegray Scales (3rd round grade). I never expected either to be there and the Rams passed on both of them. Still though, Kiser is a quality future starter in the NFL. 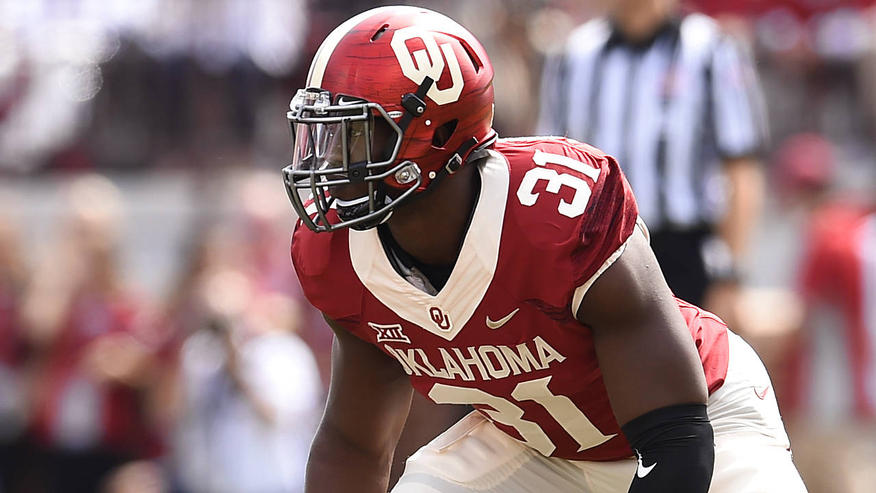 Let’s put it this way, had the Rams drafted Okoronkwo in the third it would have been an A-type of grade. The Rams steal away a Senior Bowl standout at the end of the fifth. It’s no secret the Rams needed help on the edge and Okoronkwo is seriously going to provide that. Okoronkwo can be a little too aggressive at times but he offers a ton as a pass rusher and he’s going to be rushing passer on a good defense. This was the pick of the draft for the Rams. 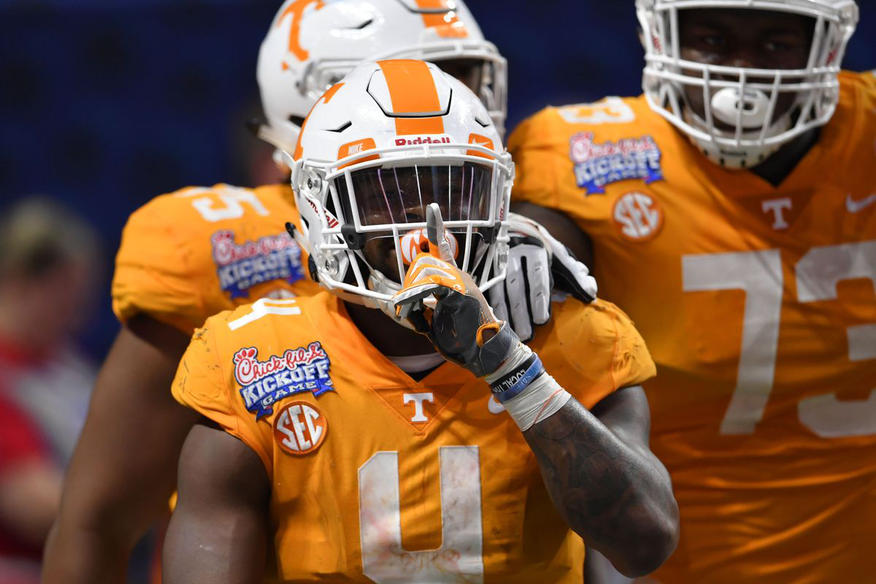 I was not as high on John Kelly as everyone else but the Rams got him really late and quite frankly stole him. NFL teams put too much of a premium on 40-yard time’s and this is one of the many times it’s been proven. Kelly will provide excellent value to fill that “Chris Thompson” role behind Todd Gurley. He does it all, he’s just not very fast and that’s why he fell into the Rams lap in round six. 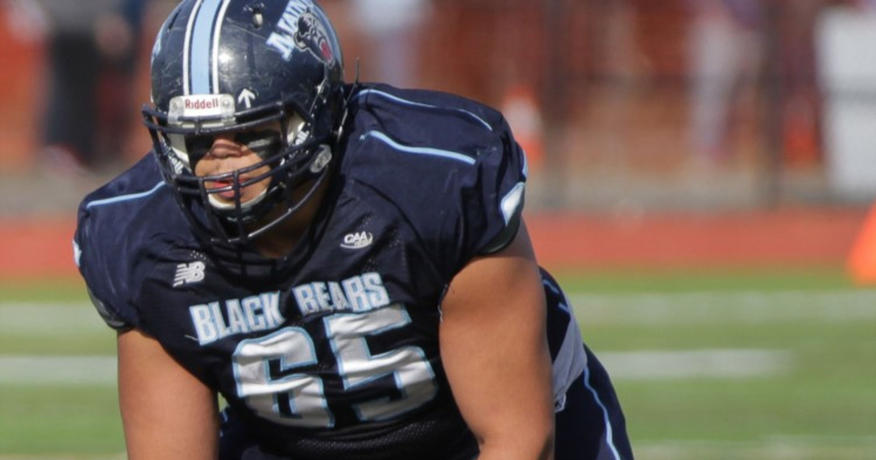 Four-year starter that really came and imposed his will at the Senior Bowl. I see Demby as a guard at the next level and the Rams will take him and add more depth to an offensive line that could look entirely different in a couple of years. Demby is a powerful, intelligent and durable guard that should end up starting in the NFL some day. 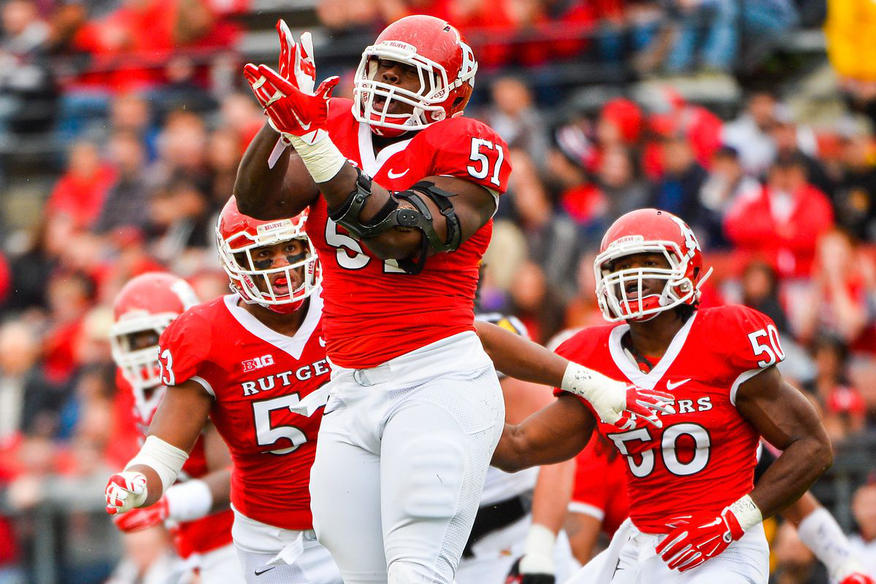 Sebastian Joseph projects to the NFL in a role that allows him to play the run. He’s limited but he had a good pro day, he ran well and is a versatile player that can play the nose or play the three technique. He will have to fight but the Rams clearly saw something in him and he should add nice depth to a nasty defensive line. 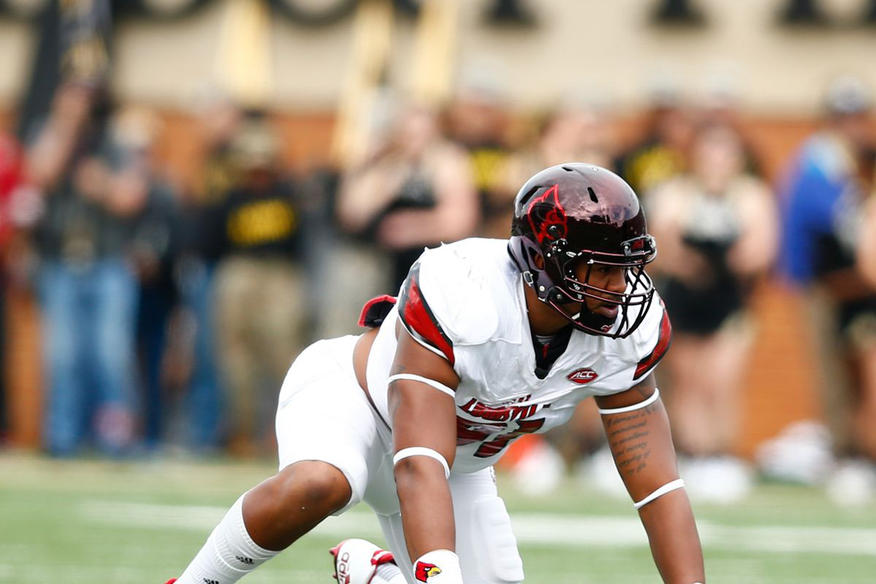 The Rams added a player that has consistency issues which has to do with multiple injuries that include a dislocated and fractured hip. He is explosive and is gaining his explosion back from the injury. The Rams needed edge help and Young has the talent to really add to that unit. He could end up as the surprise of this class due to the upside. 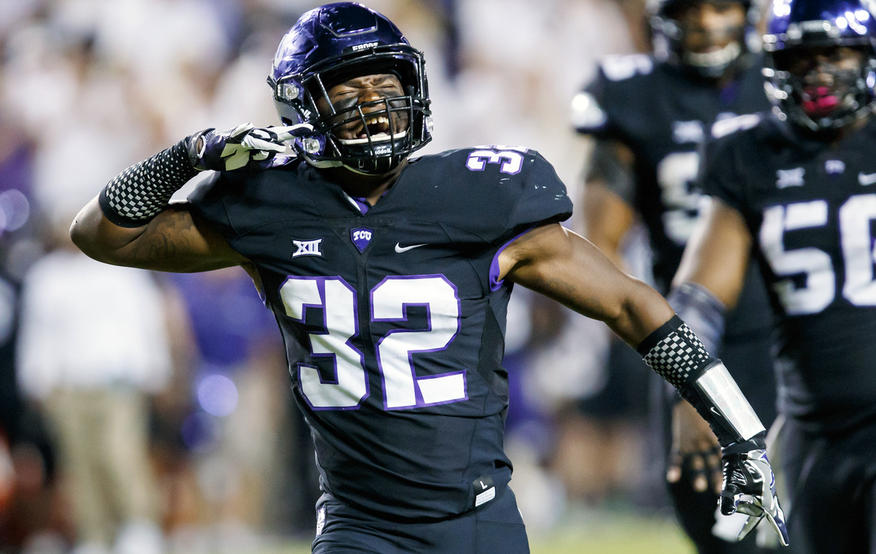 The athleticism and cover skills are there for Travin Howard. He was one of the most productive recent TCU linebackers. The Rams drafted Kiser earlier who is a tackling machine but struggles in coverage and here they grabbed Howard who excels in coverage. Diamond in the rough looking pick here. 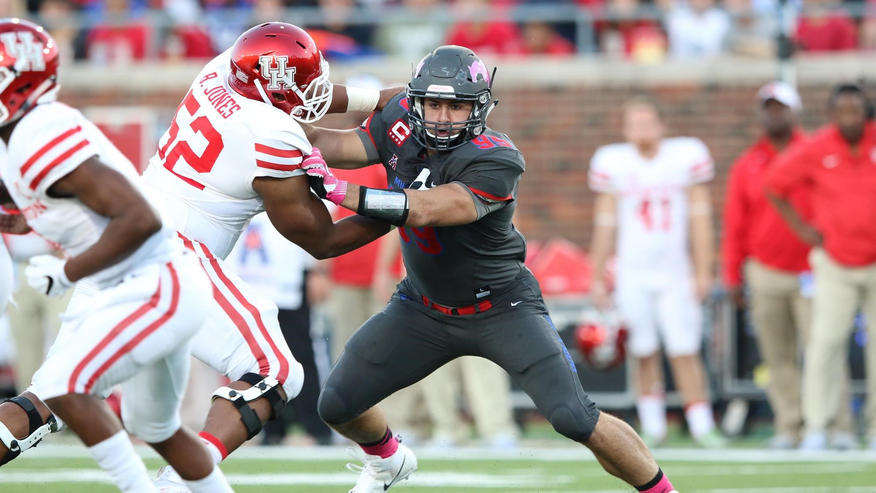 An A+ character, team captain and NFL body. He’s quick, he’s a high motor player and he’s a nonstop workhorse. He may be a little stiff as a pass rusher than you would like but in the seventh round, I love this pick. Think of Chris Long’s motor and work ethic and that’s the type of player Lawler plays like. He could really thrive in this defense.

I really like some of the things the Rams did. They stole players such as John Kelly, Ogbonnia Okoronkwo, Micah Kiser and Trevon Young in this draft. I saw some big time picks and some picks that happened over some higher graded players left on my board. The Rams stuck with who they really liked and I think surprisingly they have big plans for their first sixth-round pick Kelly who is expected to jump right in behind Todd Gurley. It’s uncertain just how many starters the Rams drafted, I believe Okoronkwo may end up being the only starter for this season but they found some players that will play pivotal roles off the bench this year and likely future starters in Joseph Noteboom, Okoronkwo, Kiser and Brian Allen. The two sleeper players to watch out for in this draft to me are: Trevon Young and Travin Howard. Young, as previously mentioned is very talented but inconsistent and was held back due to injuries suffered in college. With Howard, this is just a monster producer at TCU that has similar measurables to the typical new-age linebacker.