Could the Rams Trade Next Years First Round Pick? 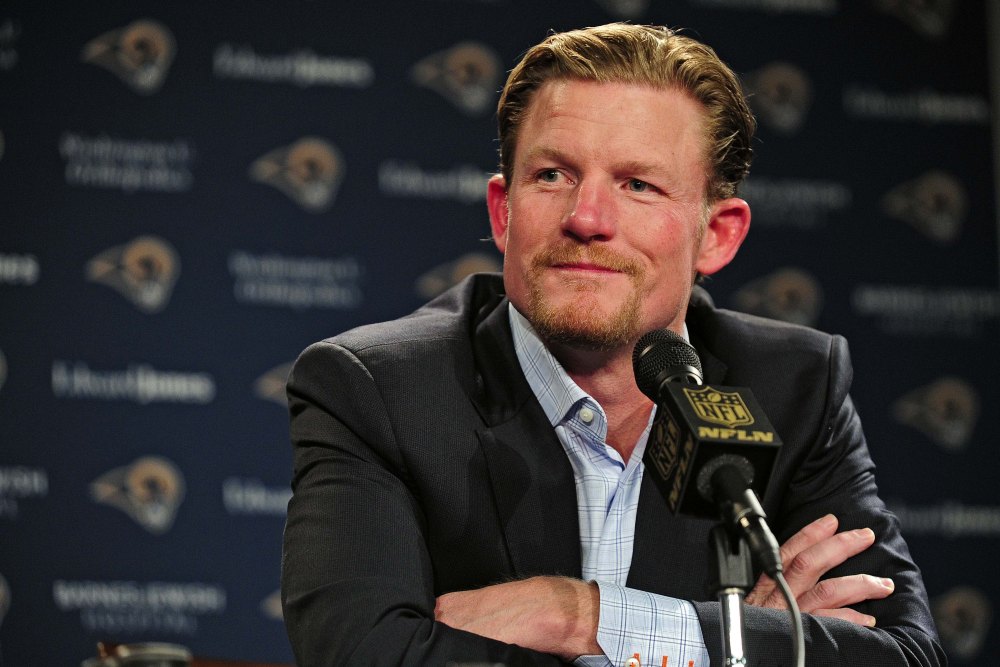 The draft is mere days away and the excitement is starting to roll in.  For Rams fans it is not as exciting as in previous years as they do not hold a pick in the first 2 rounds.  The fans will have to wait for 86 prospects to be picked before the Rams are on the clock.  So does that mean the draft will be boring for the Rams?  Maybe, but I would not bank on it.  Les Snead has a reputation for moving up and down the draft board and I believe there is a good chance of him trading further up into the 3rd round in order to grab a player that he believes would have a solid impact for the team this year.

Looking back to how Snead has been so aggressive this year in acquiring players to make a Super Bowl push got me thinking that he may not be done making aggressive trades.  Just like in all drafts, top talent falls into round 2 for off the field reasons, or injuries, or something of the sort.  If a player falls into round 2 that the Rams believe can make the team even better, let’s just say a Isaiah Wynn, Rashaan Evans, Leighton Vander Esch, Arden Key, Sam Hubbard, or Lorenzo Carter. I could see the Rams making a move to trade up and get him.

I believe that Les Snead is hell bent on winning the Super Bowl this year.  So if he feels one of those players, or another player, can put the Rams over the edge I think he will find a way to pull the trigger.  With only having one 3rd round pick and no 2nd round picks it seems like it would be difficult for them to rely on trading only the picks they have this year, they would have to dip into next years picks, which brings me to next years first round pick.

To give you a better idea of how this may look if it did go down, I went to the draft website first-pick.com. I traded our 1st round pick in 2019 and our 4th round pick (111 overall) for two 2nd round picks (36th and 49th overall) from the Indianapolis Colts.  I then traded the number 49th overall pick to move back 3 spots to the 52nd pick and got another 3rd round pick.  This is what it looked like. 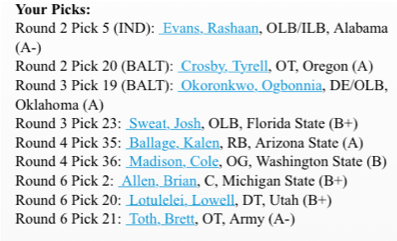 Trading next years first round pick may sound like a bad idea at first but if the Rams do win the Super Bowl they would only be dropping back around 5-15 spots in order to get a 2nd round pick this year.  With the way this offseason is going it is easy to see Les Snead do this to try and push the Rams over the top.